Previous post
China Openly Taunting Taiwan And US With Flybys 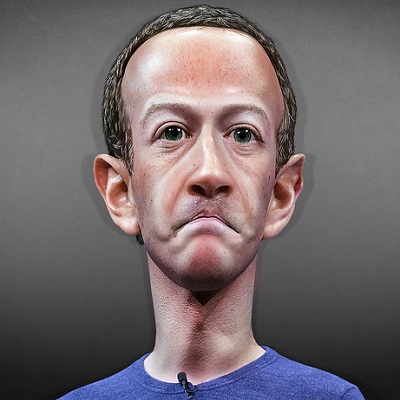 by Shelby Gallagher in Everything Else, Headlines 3 Comments

There was a disturbance in the universe Monday; Facebook crashed. For a few lovely hours, Americans were allowed to rediscover their free speech rights.

In the wee hours Monday, we all noticed Facebook was acting up. You may have noticed it like others did, the apps you have connected to Facebook went sideways. This writer wakes up, smacks the snooze button several times while upping her Angry Birds score. Not Monday, she didn’t.

Even more fascinating, Facebook went down after a scathing expose from a whistleblower, featured Sunday on “60 Minutes”. Frances Haugen has filed federal complaints against Facebook for doing all the things we already knew, but couldn’t say, Facebook does.

“The complaints say Facebook’s own research shows that it amplifies hate, misinformation and political unrest—but the company hides what it knows. One complaint alleges that Facebook’s Instagram harms teenage girls. What makes Haugen’s complaints unprecedented is the trove of private Facebook research she took when she quit in May.”

We know Facebook is evil. If you’ve ever been in Facebook jail, you know how frustrating it is to be silenced to your friends and followers. It’s even more frustrating if you run a page, use it to promote a business or product, and in one little red notification you’re told “Your page has been unpublished.” Poof, a millennial in he/her/they’s basement just shut down your business. I know, because it happened to me. Twice.

Sadly, the allegations Frances Haugen outlines in her interview go deeper. Not only does Facebook (allegedly) shut down free speech of conservatives, it purposely foments hate and violence because it’s easy clickbait.

“…one of the consequences of how Facebook is picking out that content today is it is — optimizing for content that gets engagement, or reaction. But its own research is showing that content that is hateful, that is divisive, that is polarizing, it’s easier to inspire people to anger than it is to other emotions.”

Wait, aren’t Facebook’s community standards supposed to stop this? Not amplify it?

Here’s sending best wishes to Frances and her complaints. I encourage her to get a good security detail as her complaints play out.

Speaking of security, back to Facebook’s Crash 2021. How bad was it? Please, grab a drink and let’s have some fun.

Apparently, Facebook’s domain was for sale for a hot second.

if i ever create something i hope ppl never use it to dunk on me like this pic.twitter.com/rbou8gLoav

Imagine Mark Zuckerberg having to write a gazillion dollar payment to a lucky person to purchase the Facebook.com domain for an amount most third world nations can’t fathom.

“Several different domain registration companies today listed the domain Facebook.com as up for sale. This happened thanks to automated systems that look for registered domains which appear to be expired, abandoned or recently vacated. There’s was never any reason to believe Facebook.com would actually be sold as a result, but it’s fun to consider how many billions of dollars it could fetch on the open market.”

Durnit. No worries, Mark Zuckerberg still had a bad Monday. Facebook Crash 2021 has cost him personally, as far as reasonable estimates can predict, a cool $6 billion dollars.

“Mark Zuckerberg’s personal wealth has fallen by more than $6 billion in a few hours, knocking him down a notch on the list of the world’s richest people, after a whistleblower came forward and outages took Facebook Inc.’s flagship products offline.”

Oh it gets better.

“Internet watchdog NetBlocks estimates that just one hour of the platforms being shut down mean losses of more than $160 million for the company. Facebook shares tumbled nearly 5 percent Monday.”

Yes, Zuckerberg literally got taken down a notch just a few days before he is scheduled to testify before Congress too. No one should feel sorry for him. Ever.

Since Facebook has yanked the social media platforms of countless businesses, suppressed content, and slapped an insane number of warnings for “misleading content” on the truth, no one should feel sorry for Zuck’s poopy Monday. He has made a fine art out of crushing the free speech rights of American citizens, enjoying his crony crapitalism greed and hiding behind Section 230 protections. Monday’s crash allowed Americans to rediscover their free speech rights.

Why the crash? No one truly knows the root cause, but it’s fun to listen to experts speculate.

It was such a comprehensive and total meltdown of communications over there at the Facebook headquarters, no one could get into the building using their key codes.

Not only are Facebook’s services and apps down for the public, its internal tools and communications platforms, including Workplace, are out as well. No one can do any work. Several people I’ve talked to said this is the equivalent of a “snow day” at the company.

It can be argued that not having Facebook’s onerous hate-baiting disguised as “community standards” to squelch misinformation, allowed for a day to rediscover free speech. The ability to post a meme on an alternative platform that might create liberal tears was therapeutic. The ability to know that if you search for a pair of wool socks on Google, you suddenly won’t be inundated with sponsored sock ads on Facebook. Users could do a meaningful search for Ivermectin information knowing their content on Facebook wouldn’t be suppressed.

Americans had a great day Monday rediscovering the extent of their rights to privacy and free speech and for brief time–they were restored.