Next post
FB Whistleblower Is Not Your Friend. You Know That, Right? 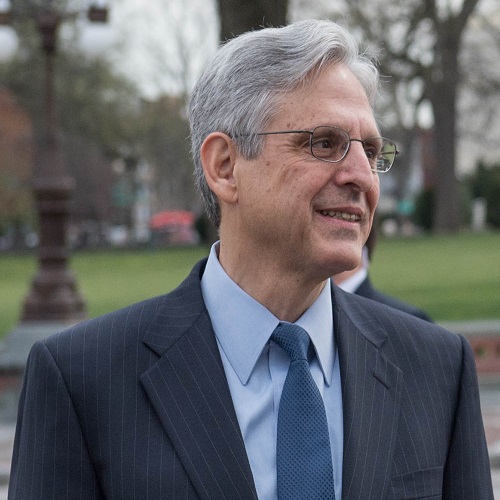 by Cameron McNabb in Headlines 7 Comments

It is a natural part of writing an opinion blog to use a bit of hyperbole.  It’s one of the arts Mark Twain teaches us in how to tell a delightful story.  However, I am unsure how hyperbolic I am these days when I talk about the tyranny of our government.  As I read the Memorandum from U.S. Attorney General Merrick Garland, I am horrified that he is using his office to intimidate concerned parents speaking out at School Boards.  We are witnessing in real time the many ways our current federal government is using its police powers to quell free speech, imprison her citizens, and strip people of their legitimacy.

I have expressed in several of my posts that I am considering a run for my local school board.  I am motivated most directly by the disturbing knowledge that our schools are no longer institutions meant to churn out useful workers with the skills needed to feed themselves, put a roof over their heads, and raise a family. All the while, earning enough income to pay a modicum of taxes to support a safe and vibrant community.  Instead, The Department of Education and powerful Teachers Unions have taken advantage of a stable and complacent society to undue the fabric of our country.  Together with Big Tech and modern “journalism”, schools are the most important institution to the Left Guard as they make the “long march through the institutions.”  This slogan is attributed by student activist, Rudi Dutschke in the late 60s.  From Wikipedia:

“To extend the base of the student movement, Rudi Dutschke has proposed the strategy of the long march through the institutions: working against the established institutions while working within them, but not simply by ‘boring from within’, rather by ‘doing the job’, learning (how to program and read computers, how to teach at all levels of education, how to use the mass media, how to organize production, how to recognize and eschew planned obsolescence, how to design, et cetera), and at the same time preserving one’s own consciousness in working with others.

The long march includes the concerted effort to build up counterinstitutions. They have long been an aim of the movement, but the lack of funds was greatly responsible for their weakness and their inferior quality. They must be made competitive. This is especially important for the development of radical, “free” media. The fact that the radical Left has no equal access to the great chains of information and indoctrination is largely responsible for its isolation.

Over the last 30+ years, we have blindly packed the lunch sacks of our children, wrapped them in warm coats and willingly placed our young into indoctrination mills!  We didn’t do so knowingly.  We did it because we went thru relatively unscathed.  It never entered our minds that school could or would be so toxic and corrosive to our values.  That is the odd silver-lining of the “pandemic” we call COVID.  All those Zoom classes have allowed a window into the classrooms of America.  And parents are rightfully pissed.  They are shocked, they are appalled, and they are eager to speak up.  Merrick Garland has other ideas.

In large cities to small towns, average every-day parents have been roused to action as they hear about Critical Race Theory.  As they peruse the library offerings to children that includes graphic gay erotica.  As they rail against distance learning and mask mandates.  They are rising up!

And this is wholly unacceptable to existing power structure.

“Citing an increase in harassment, intimidation and threats of violence against school board members, teachers and workers in our nation’s public schools, today Attorney General Merrick B. Garland directed the FBI and U.S. Attorneys’ Offices to meet in the next 30 days with federal, state, Tribal, territorial and local law enforcement leaders to discuss strategies for addressing this disturbing trend. These sessions will open dedicated lines of communication for threat reporting, assessment and response by law enforcement.

“Threats against public servants are not only illegal, they run counter to our nation’s core values,” wrote Attorney General Garland.”

I’m sure Kysten Sinema would love to have a little convo with the Attorney General on his hot take of the matter of threats to public servants.  Wonder if he will use the power of his office to investigate HER harassers?

Rules for Thee, But Not for Me

Similarly, why was Maxine Waters left alone last summer as she encouraged people to “get more active…get more confrontational?  Did the U.S. Attorney’s office suggest using the FBI to investigate her constituents?  Yeah, that would be a no.  That would be silly, right?

Sit Down and Shut Up!

But now, we have a full-throated plan to intimidate concerned parents who wish to express their viewpoints in the public setting allowed by law.  As I wrote about just two weeks ago, a new friend of mine was hauled off to jail for speaking out at a local school board meeting.  I assume this friend would be investigated by Merrick Garland’s new plans. How preposterous!    Being loud, being angry, being vocal, last I heard, was still covered by the First Amendment.  Who defines “threats?” Is this subjective?  Do they need to be overt?  While I am surely opposed to violence, I find myself increasingly understanding of the ones who are not.

As I am the main breadwinner in my family, do I need to be more concerned about who interact with as I discern my political role? Will I be found guilty by association?  Will I be a target if sit with the wrong crowd?  If I choose to speak out at a meeting, will my name go down in a file?  Will I be investigated?  These are all questions that will be raised over the next several months as word spreads about the U.S. Attorney’s Memorandum.  Who among us will be willing to risk their livelihood and freedom for their efforts?  I am grateful my husband has been dirt poor.  He is not afraid of poverty.  He supports my endeavors, at whatever cost may come.  But there will be many who cannot and will not risk themselves under this threat.  And THAT is the ENTIRE point of Garland’s memo.

“File:2016-03-22 Senator Chuck Schumer meets with Merrick Garland 05 (cropped to Garland shoulders).jpg” by Senate Democrats is licensed under CC BY 2.0, cropped and modified