Next post
Rand Paul Refers Fauci To The DOJ 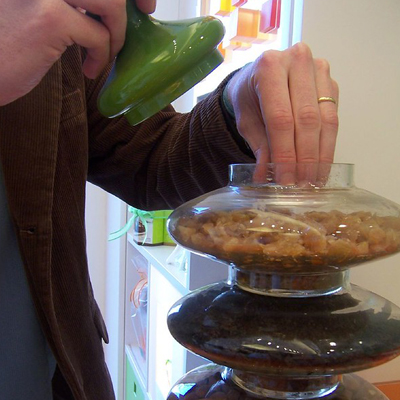 Rep. Eric Swalwell, D-Peoples Republic of California, is a sanctimonious twit who enjoys ridiculing his Congressional Republican colleagues. Appearing on the progressive podcast “The Meidas Touch,” Swalwell sneered that his conservative counterparts “are better suited to work at the WWE.”

That’s because they’re phonies, he said, while claiming events that can’t be confirmed. For example, he said that he once encountered Sen. Ted Cruz in the restroom, and Cruz told him he was doing a great job as impeachment manager.

Sure, Swalwell. Receipts or it didn’t happen. Besides, the image of Eric Swalwell encountering another male in a restroom — well, let’s not go there, okay?

Swalwell told the podcast hosts that Republicans are just playing to their base:

“If you’re a wrestler, it doesn’t matter that you hit me over the head in the ring with a steel chair, it’s all fake, right? You’re just doing what the fans want.”

They all giggled like grade school boys on a playground, spinning insults about their political opponents.

Ah, but Eric Swalwell now has some ‘splainin’ to do, and these allegations have a much greater ring of truth than the stories he relayed on the podcast. In fact, they come from the Federal Election Commission. FEC records show that the campaign of Rep. Sleazo spent over $500K during the second quarter of 2021. What’s more, a lot of that moolah went towards alcohol, limo service, and fine dining at the Ritz-Carlton Half Moon Bay Hotel in Northern California. In fact, the campaign spent over $21K in six separate transactions at that hotel in April alone.

So what’s Swalwell’s connection to this hotel? It turns out that his wife Brittany used to work there as a department director from 2015 to 2019. Perhaps the Swalwells were reliving Brittany’s glory days at the Ritz.

But that’s not all. You know how this goes — smarmy Eric Swalwell lacks the self-awareness gene, and doesn’t seem to understand why his brand is so over-the-top.

The FEC report also shows that Swalwell loves expensive rides, too, spending over $10K on 26 rides from limousine and luxury car services. While in Washington, DC, Eric Swalwell’s campaign also racked up these expenses:

And who could forget this image of a shirtless Eric Swalwell astride a camel during a trip to Qatar earlier this month?

Supporters would point out that the cost of the trip wasn’t paid through Swalwell’s campaign, but through the US-Qatar Business Council. However, the House Ethics Committee bans private groups from paying for entertainment during business trips. And even if you don’t think riding a camel is entertainment (I rode a camel once, and it was awful), it does fall into that category. The US-Qatar Business Council also added in a statement that it “did not pay for any camel rides during the trip to Qatar.”

Moreover, Swalwell traveled when many Americans couldn’t take their overseas dream vacations because of lockdowns. But like I said, the sleazy congressman lacks self-awareness. Yet someone from the campaign with better judgement must’ve decided that this was not a good look, since someone deleted the image from Swalwell’s Instagram account.

Now I must point out that — save for the camel rides — these expenditures by the Swalwell campaign are probably not illegal. However, they are curious, since the campaign shelled out over a half-million bucks in a three-month period. They also dwarf expenditures from 2019.  What’s more, Eric Swalwell is not running in 2021.

But what it does tell us is this: Democrat leadership doesn’t think Eric Swalwell will be going away soon. And that makes sense since he’s from a liberal district in liberal California. He’s also represented that district since 2013.

Remember, too, that Eric Swalwell is the same guy who slept with a Chinese operative named Fang Fang, who worked with him as a fundraiser for years. Yet he still sits on the House Intelligence Committee, courtesy of House Speaker Nancy Pelosi. Meanwhile, freshman GOP Rep. Marjorie Taylor Greene lost her committee assignments right away because she had made silly comments in the past. Which were more egregious than sleeping with a Communist Chinese spy, apparently.

So Eric Swalwell sits comfortably ensconced in his congressional seat, knowing he’s fully shielded by the Democrat Party. He doesn’t have to fret about outlandish expenditures, or tone-deaf junkets, or even affairs with Chinese spies. This shameless schmuck epitomizes the culture of the Democrat Party, which lives by the credo of Alfred E. Neuman: What, Me Worry?