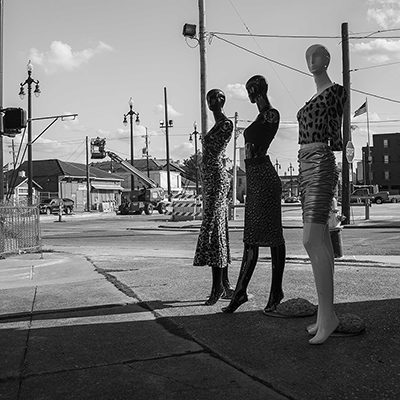 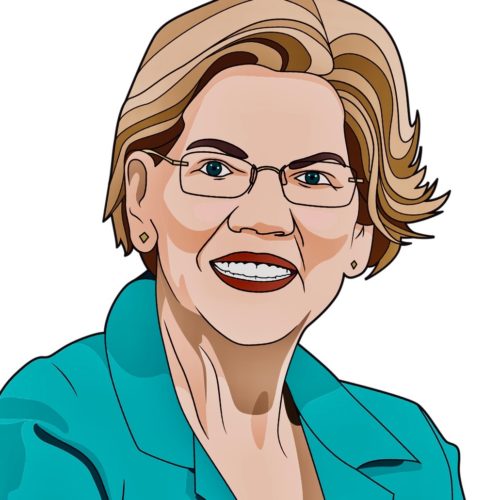 Elizabeth Warren decided that questioning the legitimacy of the Supreme Court, our Constitution, and Chief Justice Roberts was THE WAY TO GO during Thursday afternooon’s impeachment circus.

Evidently discussing her doggo and pandering to trans activists earlier in the day didn’t give her the polling bump she wanted, so she decided swinging for the cheap seats would give her traction.

Now several in the media are trying to say that the Chief Justice couldn’t hold it together during and after his reading of the question. You know what? I’d venture to say that one of his reactions was along the lines of “ARE YOU KIDDING ME??!!” 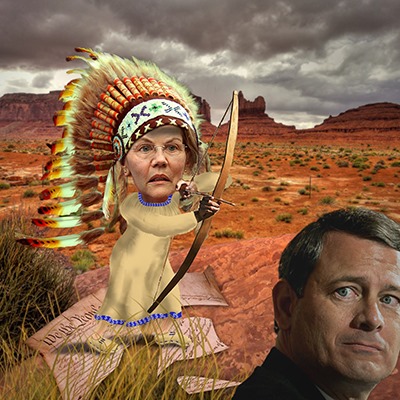 This is The Hill’s take:

“The question appeared to create discomfort for Roberts, whose role as the trial’s presiding officer requires him to read senators’ queries aloud — even those raising questions about potential damage to his own legitimacy, or that of the judicial institution he has assiduously sought to shield from the political fray.”

Oh, so the Chief Justice presiding over an impeachment hearing would be damaging to the Court’s legitimacy if the vote swings to Trump? That’s the inference I’m getting from this.

Notice how Adam Schiff, after a long pause, tried to help Lizzie backpedal? He did so in a very low key manner. Compare that with his defense of his staffers being smeared.

You know, the impeachment proceedings have been a circus wrapped up in a dumpster fire these last few days. However, we are coming to the end and I’m seeing that the desperate flame throwing is going to get more intense. Why else would we have Rep. Hakeem Jeffries decide to inform us that Democrats aren’t guilty of foreign influence because they PAID for the Steele dossier??!!

As with Jeffries and Shifty Schiff, Lizzie is swinging for the fences in hopes that she’ll land something and get a bump in the polls.

Going back to the video above, Schiff declares that running a trial without witnesses doesn’t reflect badly upon the Chief Justice, it reflects badly on “us.”

Well Lizzie, this entire circus DOES reflect badly upon us.

First, this impeachment has been pending since election night. Democrats have been searching for any hook to be THE THING that means impeachment! The problem is, Schiff and crew have had to revise what constitutes impeachment at least five times.

Secondly, Lizzie’s question regarding the Supreme Court’s legitimacy not only shows she doesn’t care about the seriousness of these proceedings, it also shows how willing she is to throw our Republic under the bus. And people who don’t know our Constitution are cheering.

I support this question. It's outside-the-box thinking—unconventional and cutting—but there's no other way for Chief Justice Roberts to be made to take *some* ownership of the fact that he's knowingly, as an attorney and judge, presiding over a sham trial. https://t.co/pKfDXnEYd7

Yeppers! It’s definitely ‘outside the box thinking’ for Lizzie and her fans who are not only Constitutional illiterates, they are willing to throw this country into the ditch as long as Bad Orange Man is booted.

Furthermore, Sethie, Chief Justice Roberts isn’t the JUDGE as in a Law and Order trial, the rules of this procedure are very different and it would behoove you to study up before opining in the future.

Here’s a reminder for Lying Liz regarding these proceedings.

“They refused to have courts validate their subpoenas, refused to let the GOP call their own witnesses, and suppressed information that was not helpful to their impeachment cause. Of the 78 days of the impeachment proceedings, they denied the president any right to counsel or due process for 71 days of them.

In general, the procedure was rushed and information that could have helped them seem more credible was never sought or acquired.”

Exactly. The House Dems wanted impeachment so badly that they weren’t willing to wait for the courts to make decisions regarding subpoenas. They ALL know it. Which is why Lizzie’s question landed with a thud yesterday.

Does she know the question is a dud? Given the fact that she happily tweeted about it…

I asked @RepAdamSchiff: At time when many have lost faith in govt, does the fact that the Chief Justice is presiding over an impeachment trial in which GOP senators refuse witnesses or evidence contribute to the loss of legitimacy of the Chief Justice, SCOTUS, & Constitution? pic.twitter.com/H4Txt68EdX

Yes, major self awareness FAIL here. Oh wait… this was a new part of her aggressive strategy? Well, it needs work. A LOT of work. Especially since her disinformation campaign is already hitting multiple snags. And key Republican Senators, Lamar Alexander, aren’t on board with her impeachment palooza.

Dear Elizabeth Lyin’ Lizzie Warren, our Supreme Court is legitimate. Our Constitution says so. You will just have to deal with that and play by the rules our Founders put in place.