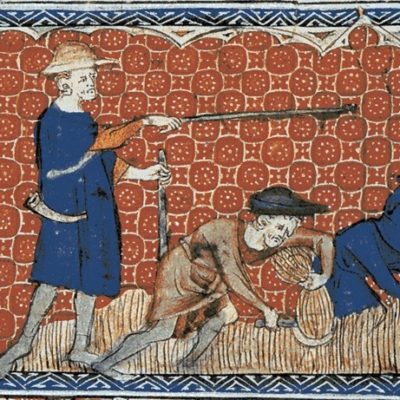 Let no crisis go to waste. Certainly 200 some-odd elitists didn’t. They have signed off on a message published by French newspaper Le Monde this week.

The message contains the likes of scientists, Carbon Cate Blanchett, Willem Defoe, Joaquin Phoenix, Robert DeNiro and Madonna. How can we forget, Madonna? A real rocket scientist we have in that one!

Celebrities and scientists alike believe that our society beyond COVID-19 is posing an “existential threat” to and have signed off on this collectively, vowing to make a change.

The ongoing ecological catastrophe is a meta-crisis: the massive extinction of life on Earth is no longer in doubt, and all indicators point to a direct existential threat. Unlike a pandemic, however severe, a global ecological collapse will have immeasurable consequences. We therefore solemnly call upon leaders — and all of us as citizens – to leave behind the unsustainable logic that still prevails and to undertake a profound overhaul of our goals, values, and economies.”-Le Monde

In light of this pandemic, they are seeing the need for this change. They want to profoundly overhaul goals, values and economies. Isn’t that cute?

The editorial, entitled “No To A Return To Normal”, claims the pursuit of consumerism and productivity “denies and devalues life.” These sanctimonious elitists have come together because they want us to know this. They don’t want to go back to “normal”, they say.

The ozone layer is eroding. Animals are dying. The sky is falling! The human race is going extinct because of the barbaric practices of consumerism and productivity. Here we go, the elitists are freedom shaming the peons again! The signatories have spoken. They know what’s best, of course. And consumerism and productivity, apparently, are the makings of “unsustainable logic”. It’s easy to say this when you’re sitting on a sizable bank account without a care in the world about where your mansion mortgage payment will come from (because you took advantage of such consumerism and productivity) or when you have a private jet or a yacht to quarantine yourself in.

You know what’s unsustainable? You know what’s illogical? The fact that some of our businesses are completely closed down with no concrete plans to reopen just yet in some states. The fact that ranchers are euthanizing livestock because production comes to a grinding halt. Want to talk animal cruelty and poor animals dying in vain? The fact that airlines are canceling thousands upon thousands of flights around the world because people are fearful of travel and/or just do not have the means to do so because their governor told them that he/she would slap a fat fine on their business should they decide to open up and work. The fact that domestic violence, child abuse and depression have all seen an uptick because people who think they know what’s better for us are messing with our livelihoods. And, let’s talk about hotlines where one can call and tattle-tale about their neighbors not “social distancing” while criminals are cleared out of prisons and county jails in the name of “good social distancing”. So yeah, let’s talk about “denying and devaluing life”, shall we? These illogical and unsustainable measures have been placed to “protect” us because our lords know what’s best and and it’s all maddening.

The global economic collapse post pandemic is a far greater existential threat than these yacht-hopping elitists’ fabled ecological one.

Yesterday, my husband, son and I went to a barber in my home state of Washington. The barber decided, despite Jay Inslee’s May 31 stay-at-home extension, that he was going to open. Bob the Barber is quite the character. The former Marine had men lined up outside of his shop for days for a desperately needed trim. A couple who is working for him during this busy time, told us that cars would drive by and wish death on them and the patrons alike. One “Karen” was screaming while she let her child hold her protest sign, they said. Despite the masked minions giving a few side-eyes, we made it through the experience unscathed and we just might not die of the great plague.

For these reasons, along with increasing social inequalities, we believe it is unthinkable to ‘go back to normal.’-Le Monde

You know what? There are things that I wish won’t go back to “normal” after all of this. But these are not the same things, I assure you. I hope Americans will echo the sentiment of this “new normal” by frequenting these businesses and helping these people support their families after being out-of-work for so long. I hope Americans will be so damned stir crazy from sitting at home that they will WANT to get on an airplane and travel and LIVE life to its fullest. I hope Americans will wake up every, single day and thank God for another day on this earth and be better friends, neighbors and colleagues to others. I hope that the “normal” of worshipping these people on a big screen falls to crap and the American people see all of them for who they really are. I sincerely hope Americans will finally decide to not drop another DIME on any of these empty-headed, elitists who signed off on this. Seriously. They want to kick us while we are down and I hope when we climb out of this, we hit them where it hurts and we hit them hard.