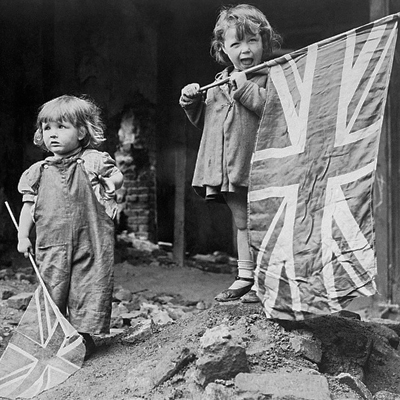 by Kim Hirsch in holidays 18 Comments

May 8 will mark the 75th anniversary of Victory in Europe Day, commonly called “VE Day.” Despite the quarantines, Britain will still carry on with commemorations. So will the United States, although American commemorations have always been more muted. Then again, the US honors its dead on Memorial Day. Plus, American citizens did not experience the terror of the German blitzkrieg or the bombing of their cities. The British did, and they still remember.

A brief review of history is in order here, although I’m sure our good readers know the facts.

On May 8, 1945, Germany formally surrendered to the Allied Forces, marking the end of World War II in Europe. Nazi Führer Adolf Hitler had committed suicide in his bunker the previous week on April 30, as Russian forces invaded Berlin. Hitler’s successor, Karl Dönitz, negotiated the German surrender to the allied nations of Great Britain, the United States, and the Soviet Union (although I cringe to type those final two words. But I digress).

The British people went through hell during those six years between September, 1939, and May, 1945. Britain had barely saved her forces during the evacuation of Dunkirk in 1940. They had endured 57 nights of continual bombing of London during 1940-1941. Yet the little island nation carried on, joining with American forces on the shores of Normandy on D-Day, 1944, landing on beaches nicknamed “Gold” and “Sword.”

Altogether, Great Britain lost over 450,000 of her people, which included over 383,000 military personnel. Even the Royal Family was affected. During the blitz of London, a bomb landed in a courtyard of Buckingham Palace while the King and Queen were in residence.

So now, even 75 years later, proud Brits will be celebrating the end of the Nazi scourge in Europe, despite the pandemic.

And what is France doing on VE Day? American and British forces had helped to liberate Paris from Germany on August 25, 1944. Prior to that, Nazis had controlled the nation for the previous four years. So you’d think they’d be celebrating along with the British, right? 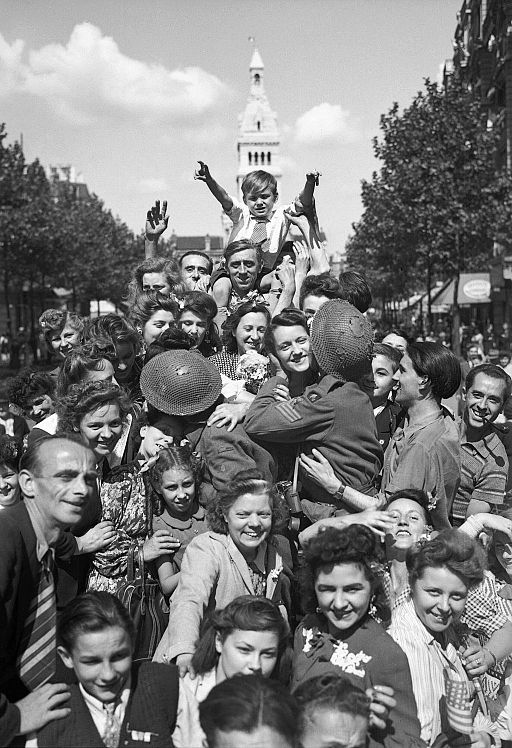 Mais non. VE Day has been a mixed bag in France for a number of years now, and this year is no different. Oh, you can find French streets named “Le 8 Mai 1945.” But the nation prefers to celebrate May 9 as “Europe Day,” instead.

French dilemma over VE Day has existed ever since 1959, when Charles de Gaulle changed May 8 from a bank holiday to a commemoration. Then in 1975, President Valéry d’Estaing ended the commemoration. Instead, he chose to mark the following day to recall an event from 1950.

That event was the date of a speech by French statesman Robert Schuman (not a French name). Schuman had called for friendship with Germany and laid out a foundation for the eventual European Union. So d’Estaing decided that the speech was more worthy of commemoration. Besides, he said, hardly anyone showed up in Paris to celebrate VE Day anyway.

But that wasn’t the end of it. In 1980, Guy Genermont, the president of a veterans association, called for VE Day to return to France.

“The decorated veterans saw around 400,000 of their comrades killed and awarded medals posthumously, and they don’t think that dedicating one day a year to them is over the top.”

After François Mitterand became President of France in 1981, VE Day became a bank holiday once again. But in 1985, the French went back to celebrating May 9 as Europe Day. It’s been that way ever since.

Last year, local officials in France still laid wreaths for fallen soldiers on May 8. Also, President Emmanual Macron laid a wreath at France’s Tomb of the Unknown Soldier in a ceremony at the Arc de Triomphe. Thus, France still remembered their countrymen who suffered under German occupation, including French Jews whom the Nazis sent to concentration camps. And there were the heroes of the French Resistance, too.

But it looks as if France would rather leave its World War II past behind. Perhaps it’s because of the German occupation. Or perhaps it’s because Vichy France is a shameful part of that past, when General Philippe Pétain, a French hero of World War I, cooperated with his Nazi overlords in setting up a puppet state.

Whatever the reason, France wants to move on. She prefers to shill for the European Union than honor the sacrifices of those who fought in World War II. And that’s a shame.