Next post
Elitists Don't Want To Return To "Normal" 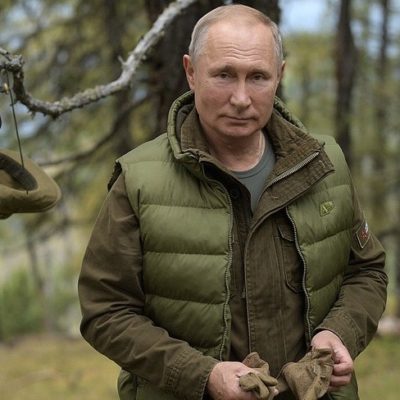 What is it with Democrats and “never Trumpers” obsession with Russian collusion? GW Bush’s former White House ethics lawyer, and a Georgetown law professor push a narrative that Russia is behind the sexual assault allegations against “Touchy Joe Biden”… Because at this point, Biden isn’t accountable. It’s all “Russia, Russia, Russia!”.

Step 1: Bring in a Woman to Undermine another Woman, and add Russian Collusion

It’s hard for Dems to defend Biden after years of #metoo sucking the reasonable doubt from the room. Any hope of a tempered reaction to crazy accusations vanished when they used Dr. Christine Ford to try and derail the confirmation of SCOTUS Justice Brett Kavanaugh. But it doesn’t mean they won’t put forth a woman to perpetuate the narrative that Tara Reade is not only lying, but should be investigated by the media. Georgetown University law professor, Victoria Nourse writes in an email to the Washington Free Beacon,

“The press should continue to do its job, and investigate how the allegations arose (Bernie?), Putin,” she added. “[T]he changing story … and all other relevant factors that might contribute to our understanding.“

Again with Putin and Russian influence? Then of course Bernie, because he’s always connected to something “Russian.”

Step 2: After Undermining the Claims of Assault, Build Up the Accused

Where in the past have we seen women boldly dismiss accusations of sexual assault, while highlighting the purity of the accused? Hmm, I feel as though I should know this….

“I never heard of her. I don’t think the allegations make sense at all to the Biden I know.”

How can a person be so confident that their impression of one person is enough to counter an accusation of assault by another? Because Joe Biden came to her aid during a flight when someone called her “the pretty girl” and wanted to sit next to her. Really. This is her basis for speculating that Russia and/or Bernie is tied to the allegations? The Washington Free Beacon reports,

Nourse, who was lead counsel on VAWA at the time, said she was on a four-person plane with Biden when another senior official, whom she declined to name, openly declared that he wanted to sit next to her on the flight because she was “the pretty girl.” She said Biden, apparently sensing her discomfort, whispered in her ear to sit directly across from him, keep her eyes on him and prep him for a VAWA speech he was planning to give.

As a woman who has been called “the pretty girl”, I’d be more freaked out about Biden’s approach to assisting me. He was a long time United States Senator, and the best he could do to assist a woman in an uncomfortable situation is whisper in her ear, sit across from her on a small plane, and maintain eye contact for a flight. The man who is given credit for writing the Violence Against Women Act, couldn’t tell another man to chill the heck out and behave himself?! This tells me that he failed to read his own bill, and certainly didn’t hold it as a reckoning for people to follow. Or maybe the rules don’t apply to “senior officials”?

If you repeat something long enough, people start to believe it. Or not. Two of Biden’s supporters are building a narrative that his accuser is fixated on Putin, and that her love of Russia is somehow responsible for her claims against “Touchy Joe.” You’d think after watching it crumble in front of their eyes, they would be over the “Russian Collusion!” approach… but we know better.

Tara Reade is accusing Joe Biden of assault, he “pinned her to a wall in a Senate building, reached under her clothing and penetrated her with his fingers.” Additionally, along with multiple other women, she stated that Biden’s unprofessional habit of touching and kissing them was unwelcome. Ya’ think?

But of course, wannabe democrat Richard W. Painter is proffering that Tara Reade has no basis for her discomfort or feelings…. Because she likes Russia.

No seriously. She loves Putin, and Russia. A lot.

Read this love fest for Putin by Alexandra Tara Reade.
Is this the same person who just made an accusation against @JoeBiden?
If so — this game’s up.https://t.co/B4CShgbiYp

Step 4: To Russia With Love

The “love fest” is certainly an ode to Russia. In fact, it reads much like a Bernie Sanders talking point. From her December 2018 “Medium” post titled “Bring on the Light“,

Our American empire is falling and failing, not because of some imagined threat from a foreign nation but because of our collective greed. Greed is what runs our economy and greed is what will destroy America.”

Second, I saw the reckless imperialism of America and the pain it caused through out the world. Third, I love Russia with all my heart. I love the people, the history, the culture and even my attempts to learn the language. I could not stand to watch the deception and xenophobia that came from my own American government. It is so sad and destructive to revile another culture or country for no reason but economic gain.”

I can’t argue against the point that she has a serious crush for Russia and Putin. I bet her room has a stash of shirtless Vlad, and Bernie posters. But does this mean she lacks credibility in her allegations? No. Her timeline of events and corroborating statements seems solid.

But Painter, a harsh critic of Trump, has reason to undermine her claims with cries of  “Russia!!”. He wants Trump out of the White House. What is Tara Reade’s purpose to cost Biden a shot at POTUS? She doesn’t support Trump, she’s a democrat who dislikes Americas “collective greed.” The presumption is that she’d rather keep Trump (someone focused on improving the economy driven by the aforementioned “greed”) at the expense of Biden is asinine. Trump stands for everything she decries in her Russian love letter.

Step 6: Maintain Double Standards, When It’s All the Standards You Have

The accusations against Joe Biden and Brett Kavanaugh are similar in nature. Both are decades old, and have an accuser that is less than ideal. That’s where the parallels end. Democrats will make every effort to redirect, deflect, and deny the accusations against Biden. They will trot out fantastical hypotheses about Reade’s ulterior motives. Of course, they will highlight all the “great work” Biden has done for women. Claims against Trump will reemerge to take center-stage. Asking a Democrat to explain the double standard will garner no answers. Just platitudes about Biden, and maybe a rats nest of string presented as a “clear line” between Tara Reade and some Russian fantasy.