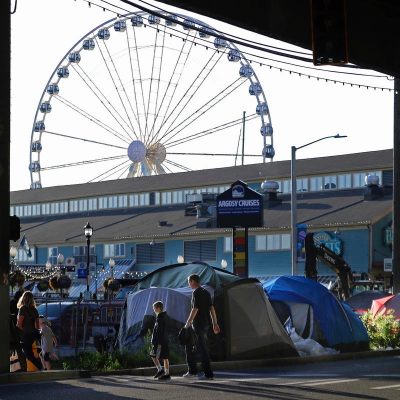 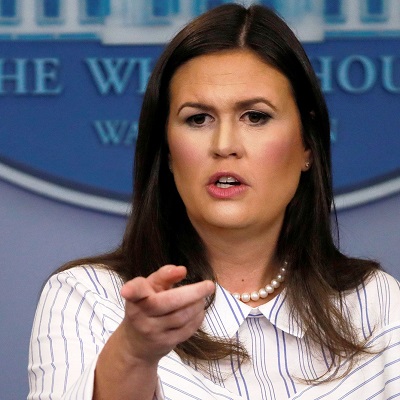 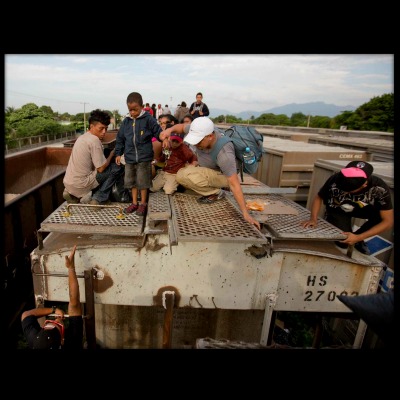 Every network and newspaper, including Fox News Channel, is credulously reporting on the Congressional Delegations visiting the Customs and Border Protection processing facility in McAllen, TX. “USA Today” reported:

More than two dozen Democratic members of Congress visited a holding facility in Texas for separated immigrant children Saturday and described conditions as “cruel and inhumane” that bring “a great shame to a great country.”

The delegation visited a Customs and Border Protection processing facility in the U.S.-Mexico border city of McAllen, the epicenter of the Trump administration’s “zero tolerance” policy in which people entering the U.S. illegally face being prosecuted.

Did anyone else get a visual of the congressional clown car showing up and disgorging more than two dozen clowns, including Connecticut Representative Rosa DeLauro. 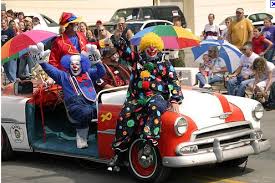 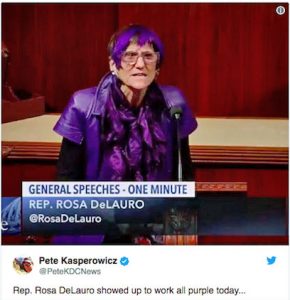 Now, picture in your noggin, these congressional clowns being led on a tour of the facility, clucking and taking pictures like tourists at a zoo.

What we are seeing on the border is dehumanizing. Children are being terrorized, separated from their parents. These children need to be reunited with their families. #FamiliesBelongTogether

All this anger is terribly misplaced and mostly drummed up and false.

The scrub-lands and desert in Mexico’s northern state of Coahuila are the last stop for Central American migrants before attempting to cross the border into the USA.

By the time they reach Saltillo, Coahuila’s capital, they have made a perilous journey of nearly 2,000 kilometers. Along the way, many of these men, women and children suffer assaults, robbery and abduction by criminal gangs. There are also reports of extortion and ill-treatment by police and immigration officials. Tragically, some migrants are killed before they even get this far.

There are no accurate estimates of the numbers of migrants who enter Mexico from Central America in this way without documents.

We are often told that these immigrants are leaving their home countries to avoid violence and horrifying conditions. Well, that’s fine to do. Why then endanger your minor children? It’s not just the gangs and Mexican immigration officials who threaten and harm the illegal immigrants. Let’s talk about the desert and the river. 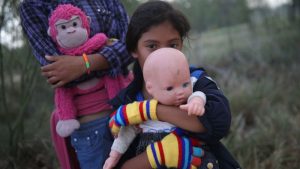 On a map, the southwestern Arizona desert is an empty stretch, the size of Connecticut, a sea of nothing.

For those determined to enter the United States, this is a way in: A fence that can be crossed, an empty land with few watching eyes, a promise of a route north. But in reality, there is no way across without a smuggler as a guide, without finding extra water. And both the smugglers and the land are harsh.

So people die here, and keep dying. And a wall may only speed their pace.

In south Texas, the Rio Grande river that marks the border with Mexico is fairly easy to cross.

But once across, the undocumented immigrants find little water, heavy brush and many small creatures with nasty bites.

“The guides that bring them across, if they can’t keep up, they leave them behind; they walk around lost… no water, no idea where they are supposed to go, no form of communication. This close to the river a lot of people can find themselves in trouble and die,” said Owens.

And what happens when the children are found by the border agents? Fromm the same Voice of America article:

On the long journey through Mexico, many are robbed and abused, including children who travel alone.

Border Patrol spokesman Peter Bidegain said that once they cross, the child immigrants often seek the protection of the agents and confide in them.

My stars and garters! How did this happen when Donald J. Trump, the fascist, racist, immigrant hater and his deplorable followers were not running (ruining) the Country.

Instead of Demoncrats pointing fingers at us, the bitter, clinging deplorables, why don’t they direct their anger at the irresponsible parents who open their children up to beatings and rape at the hands of gangs and officials on the other side of the border. If we, bitter, clinging deplorable types, drug our children through the desert, Rosa DeLauro and the other Congressional clowns wouldn’t be tweeting #FamiliesBelongTogether, Rosa and her ilk would be calling Children and Families Services to split up our families and put our children in group homes.