Next post
Does Nina Turner's Loss, A Progressive Darling, Signal The Canary In The Coal Mine? 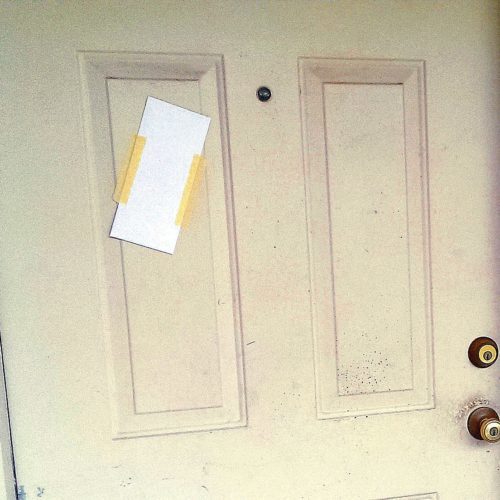 As per usual, Do-Nothing-President Pudding Pop did what he is best at. Nothing. As of last week, the COVID-19 moratorium on evictions had expired. Thank God we have the CDC to jump to the rescue.

Those of you who know me by now, know my sarcasm. But yes, the CDC issued an extended moratorium on evictions yesterday. But only certain evictions. Why? “Evicting people could be detrimental to public health and would interfere with efforts to slow the pandemic.”

This moratorium is going to be different, though, they say. How? The halt on evictions will occur in areas most impacted by COVID-19. How is this determined? Reports from local cities and counties and hospitals, I am guessing. That’s if they can get their reporting data straight.

The emergence of the Delta Variant has led to a rapid acceleration of community transmission in the United States, putting more Americans at increased risk, especially if they are unvaccinated. This moratorium is the right thing to do to keep people in their homes and out of congregate settings where COVID-19 spreads. It is imperative that public health authorities act quickly to mitigate such an increase of evictions, which could increase the likelihood of new spikes in SARS-CoV-2 transmission. Such mass evictions and the attendant public health consequences would be very difficult to reverse.”-CDC Director, Dr. Michelle Walensky

So much for the vote to extend the eviction moratorium (legally) failed in Congress. What else will the CDC be able to get away with down the road? Let’s not even go there with mandatory shots in the arm. That’s already starting in New York City thanks to Mayor Bill DeBlasio. And while Cory Bush is crying tears of joy, Nancy Pelosi is breathing a sigh of extraordinary relief:

Today is a day of extraordinary relief. Thanks to the leadership of @POTUS the imminent fear of eviction and being put out on the street has been lifted for countless families. Help is Here! Democrats have worked tirelessly for this action, which is based on public health needs.

Wouldn’t want the homeless problem in Nancy’s California to get any worse now, would we? Since when has Nancy Pelosi cared one iota about people being on the street? Or about public health needs? I didn’t see her offering up room to store food in one of her $20,000 refrigerators to someone in need back when we locked down last summer. And it sure as hell didn’t seem like she cared much about public health when she ignored lockdown restrictions to get a much-needed dye-job, either.

Democrats worked tirelessly for this action, though. Dear God, I hope she chokes on her dentures.

You know who this moratorium does not protect? Landlords who worked tirelessy to maintain their rental properties, who have gone over a year without one cent of rent paid. Get a load of this:

We’re not talking wealthy, corporate real estate moguls here. We’re talking real families of the real world who have a rental property for supplemental income who are hemorrhaging cash to pay the mortgages on their main home and their rental(s), during a pandemic and during volatile economic times where they couldn’t get out from under their properties if they tried. And while our current administration is trying to pass “laws” created by the CDC (as absurd as that sounds) to halt evictions, our state governments are allegedly sitting on billions in rental aid, according to our President.

Biden called on state and local governments to disperse the Emergency Rental Assistance funding they received in February. So…where is this money? And who will benefit from this assistance? Good thing we have aon unconstitutional, illegal “law” protecting renters in place for another couple of months. This will not just protect honest-to-goodness people who have fallen upon hard times but, tragically, it will also protect those who have NO intentions of ever paying rent. All these scumbags have to do is move into an area where the “Delta Variant” is surging. Screw the landlords.

Joe Biden is the hero once again, according to some.

Oh, pass me the Pepto!

Bold action? He literally allowed the old moratorium to run out. If anything is bold, it is the sheer lack of legality of this extended moratorium. Even ol’ Joe said that this will not pass Constitutional muster when he consulted “legal scholars”. But he’s just going with it. Let the CDC’s moratorium make its way through the courts. Let the illegal moratorium stand for now, they’ll figure out a way to finagle things again by October 3. In fact, this was on President Biden’s mind all last weekend. Jen Psaki says so:

Is it possible for the federal government to create any more uncertainty for renters and rental home property owners in this country? Shame on me for assuming the moratorium would not be extended after the President announced he has no legal authority to do so, nor was Congress able to pass legislation to do so. Meanwhile, rental home property owners have lost billions of dollars they will never recover.”-David Howard, executive director of the National Rental Home Council

Seems the only person Democrats want to evict these days is Andrew Cuomo. Don’t worry. White House Press Secretary, Jen Psaki says they’re still “looking at legal opinions and that process has not concluded”. Psst. Read between the lines of Queen Circle Back: it’s illegal. In the meantime, they’ll let the CDC’s illegal moratorium on evictions work its way through the courts. What’s another two months worth of unpaid rent for a landlord? They’ve got nothing but time.