Next post
Assaulting Police Grants Big Pay Off for BLM 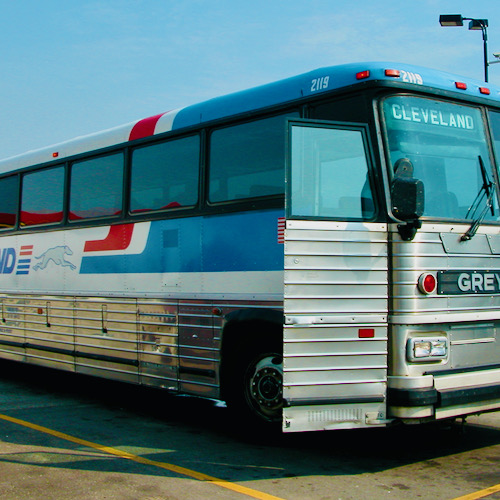 Illegals are flooding our southern border. What does the Biden Administration have CBP and ICE doing? Housing them under bridges, and sending hundreds or more to Catholic Charities which is resulting in illegals being handed bus tickets to the city/town of their choice.

New video shows ​nearly a thousand illegal immigrants being held by border patrol agents under a bridge near the southern border in Texas — with a top Republican calling it an “absolute catastrophe,” as the Biden administration continues to take heat for the escalating migrant crisis.

NEW: Our FOX drone is currently over Anzalduas Bridge in Mission, TX where a massive group of hundreds of migrants are waiting to be processed out in the heat. Local Border Patrol stations in the McAllen area are extremely over capacity. Over 3,000 in one day on Friday. @FoxNews pic.twitter.com/IRwttFGkuF

NEW: This is the largest group of migrants we’ve ever seen being held by Border Patrol under Anzalduas Bridge in Mission, TX. Looks like it could be up to 1,000 people. We can only get a look at the area with our drone. There’s a popular Rio Grande crossing area nearby. @FoxNews pic.twitter.com/AsAygsO966

But wait! We’ve been told the border is FINE! I mean, Kamala is in charge right? So everything is going swimmingly well.

I’m honestly surprised that they admitted the numbers we are seeing on the border are astronomical. I do have to laugh at the commentary that Kamala and DHS Sec are telling people not to come…and for some reason it isn’t working. Oh gee, how about the fact that, A. illegals know they are and will get free passes into the United States, B. Mayorkas told Cubans fleeing a 60+ year dictatorship that they aren’t welcome.

The video above mentions numbers. Take a closer look:

“In June, U.S. Customs and Border Protection (‘CBP’) recorded 188,829 enforcement encounters at the southwest land border, the highest monthly total in a decade. This represents a 571% increase over the 33,049 encounters recorded by CBP in June 2020. Moreover, in 2021 alone, these numbers have increased by 255% from the 74,019 encounters recorded in December 2020,” Cuellar and Graham wrote.

However, according to the media, there’s nothing to report unless it’s reporting the Biden DOJ fit about Governor Abbott.

The Biden administration sued Texas Friday in an effort to block an executive order allowing state troopers to stop vehicles suspected of carrying illegal immigrants on the grounds that they may be spreading COVID-19.

The lawsuit follows a letter from Attorney General Merrick Garland warning Texas Gov. Greg Abbott that the order, which the governor issued Wednesday, was both “dangerous” and “contrary to federal law.” The government’s legal filing argued that the order could obstruct federal immigration operations, including migrant transport.

Which brings me to those getting bus tickets.

We are witnessing the mass release of migrants in downtown McAllen today. Border Patrol buses and vans are pulling up every 15 minutes. Agents tell us it’ll be happening all day long. Hundreds released so far. Most going to the McAllen bus station. BP overwhelmed. @FoxNews pic.twitter.com/kStwQOV2NI

More than a few things to discuss here.

Given the sheer number of illegals, has the Biden Administration added more personnel at the border in order to process them? I bet not. Which leads me to consider that the Border Patrol and ICE ALSO don’t have the capabilities to do even a modicum of COVID testing on these folks.

Catholic Charities needs to be interviewed on live TV. If THEY can’t handle the influx of illegals, yet have enough money to buy bus tickets to anywhere in the U.S. for all of them, they (Catholic Charities) are doing something very wrong, something that endangers us all. Why? We don’t know who does or doesn’t have COVID. We also do not know who among those illegals have criminal records, are part of MS-13, are sexual predators, or are children who are going to be trafficked to others.