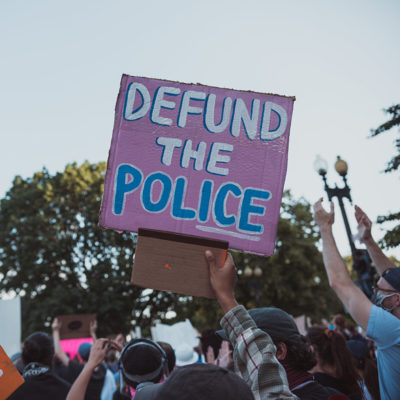 On a scale of burning buildings and looting stores in memory of George Floyd, having the Democrats kneel seems fairly tame.

Fairly tame, and so, so, SO very cringey.

Congressional Democrats, fully decked out in African Kente cloth scarves, took a knee in the Capitol Vistor Center today in a socially distant performance art demonstration that led into their press conference addressing their proposed legislation regarding police reforms.

Oh, where to even begin here, and it’s not with the legislation package.

First, the Democrats must thank the Congressional Black Caucus for their festive wear today, that in any other moment would be decried as “cultural appropriation” and would earn anyone but congressional Democrats scorn from the woke left. Does anyone else remember the poor girl who wore a Chinese-style dress to prom? Or when Justin Trudeau played dress-up on vacation? Those are bad, but THIS is okay, because protest. The poor girl in Utah who got roasted for wearing a Chinese-style dress should have just said that she was protesting China’s human rights abuses, and it would have been just fine, per the new rules. This is not to say that the Democrats are escaping all scorn for their scarves, but imagine if Republicans had done this. The meltdown on Twitter would be hot enough to power a rocket to Mars.

Second, when you ask elderly Democrats to kneel, there are bound to be problems, both in the getting down and the standing up.

And Nadler can’t get down. pic.twitter.com/H817GZ5am7

So, Nadler couldn’t get down on a knee (but still gets credit for attending the play), and Pelosi did her best Life Alert impression. Nadler also had issues with his face mask today at the press conference.

HELP! Someone get @RepJerryNadler out of his mask, dammit! pic.twitter.com/NKpZYadjyd

He definitely will not be getting an “A” for effort from the drama teacher.

Finally, anyone else remember that Pelosi rammed through a 45-day period in the House of Representatives that allowed for “remote voting” due to COVID-19 concerns? It was just too dangerous to ask elderly Congressional members to come to Washington D.C. and vote. But give the Democrats the idea that they can score political points with a dramatic visual performance plus a press conference, and they are THERE. It doesn’t matter how old the Democrat leadership is, or what health risks they had worried over before. It really is amazing how the virus is aware of the difference between people enjoying themselves on beaches and elderly Democrats participating in a demonstration inside of a building.

It turns out what is actually more dangerous for Democrats isn’t the virus, but rigorous physical movement like… kneeling. Also, please put the scarves back in the prop room when you’re done with them, okay?