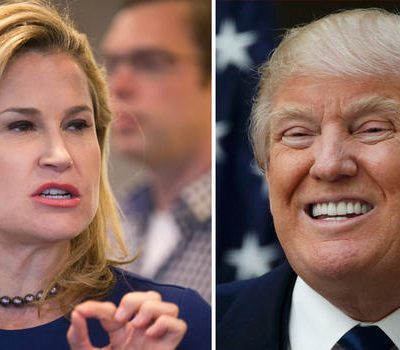 Previous post
Trump on Heidi Cruz Pic: "It Was a Mistake." Does He Mean It? 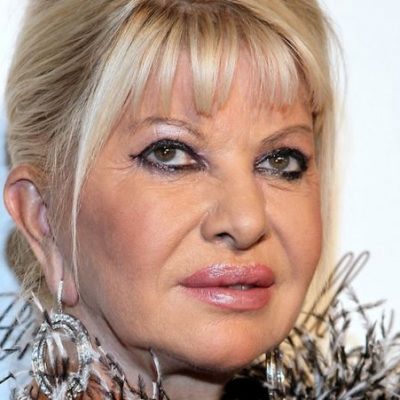 Next post
Quote of the Day: Ivana Trump Wonders How Anything Will Ever Get Clean Without Immigrants

Team Bernie is hoping that tomorrow’s vote in Wisconsin will keep Team Hillary back on her heels and in defensive mode. And maybe Hillary really is “feeling the Bern,” as she has done something that I honestly didn’t think she would – she agreed to a debate just before the highly important New York primary on April 19th.


The problem, of course, is that they can’t agree on a date or time. Team Hillary, with her current comment on abortion making both right and left angry, is apparently trying to hide this debate in much the same way that other debates have been hidden – like the Saturday before Christmas and during NFL playoffs. But Team Bernie wants all eyes on this debate in New York, and is refusing to give her Hillaryness what she wants.

Clinton’s campaign said in a statement Saturday that it offered April 4 as the first potential date, but the Sanders team wanted instead to schedule the debate after the Wisconsin primary on April 5. Clinton officials then suggested April 14 and April 15 as possibilities and are hopeful Sanders will come to accept one of these dates.

The proposed debate on April 15 would be on ABC’s “Good Morning America,” Fallon explained, but “that, too, was rejected.”

Team Bernie, of course, wants a primetime debate, not an early-morning-news-show debate. And the initial offer date of April 4th?

“Unfortunately, the dates and venues [Clinton] has proposed don’t make a whole lot of sense,” Sanders spokesman Michael Briggs responded in a statement. “The idea that they want a debate in New York on a night of the NCAA finals — with Syracuse in the tournament, no less — is ludicrous. We have proposed other dates, which they have rejected. We hope we can reach agreement in the near future.”

The championship game of the NCAA men’s basketball tournament referenced by Briggs is scheduled for April 4, the initial date proposed by Clinton’s team, who says they offered a time that would have ensured that the debate ended before the game started that evening. The NCAA game’s tipoff is scheduled for 9:18 p.m. ET, and past Democratic debates have run late, rarely starting before 8 p.m. ET. It’s not clear what time the Clinton campaign proposed to avoid a debate running into the basketball game.

Hillary’s campaign sounds like one of my kids offering their sibling a gummy bear that fell in a sandbox. When the sibling refuses the dirty gummy bear, the child who offered gets to walk away saying “Well, I tried to share, but he didn’t want it!” And Bernie’s campaign is in no mood to accept a sand-covered gummy bear.

Sanders’ top aides have felt repeatedly belittled by the Clinton campaign since the debate schedule was first decided last year, particularly in February, when they said they were unfairly forced into holding a New Hampshire debate against Clinton outside the schedule set by the Democratic Party.

The Vermont Senator himself is said to be personally embittered by the debate negotiations.

“We didn’t like the way debates had been scheduled in the first place,” said a Sanders aide. “But the most outrageous thing about what the Clinton campaign did is when it suited their interests they decided to change the rules.”

The Clinton team, on the other hand, has been frustrated with what they see as the Sanders’ campaign stubbornness and use of the debate schedule to unfairly characterize Clinton.

Bernie reportedly has a slight edge in Wisconsin, and if he manages to hold on, I expect his campaign to get more aggressive and insistent that they will not cave to Hillary’s timetable.