#DemDebate: Journalists Did Not Stand For National Anthem (Again)!

Next post
"Greater Church of Lucifer" Set To Open Later This Month Near Houston, Texas

#DemDebate: Journalists Did Not Stand For National Anthem (Again)! 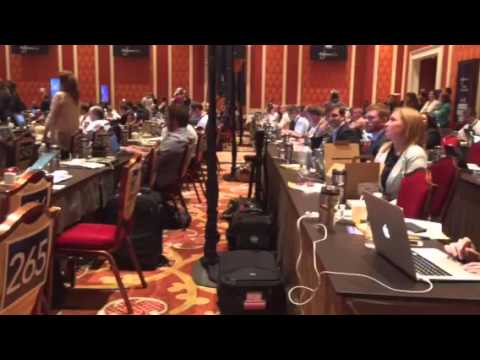 As if you didn’t think that Sheryl (“I think Americans should limit their toilet paper squares in one sitting”) Crow being asked to do the the National Anthem honors at last night’s debate was bad enough, watch while journalists covering the event sat through it:

This hasn’t been the first time journalists exercised their right to remain seated. Most journalists chose to sit out the National Anthem at the second GOP debate back in September as well. The video above illustrates a few journalists standing while most are obviously too busy to be bothered. In US, most journalists sit through the National Anthem. Coincidence that America is slipping as a superpower http://t.co/N3BDOdsPk5

I know, I know. I am getting my knickers in a knot over (for certain) liberal journalists not standing for the Star Spangled Banner. This has been happening for years and I know that I should get over it. It is their right to stand or not to stand. But, silly me. They’re not sitting out of disrespect. They are sitting because of “neutrality”. Right. They don’t stand because of “neutrality.” Because they are working professionals who take their careers as journalists seriously.

Neutrality. (Snort.) Sure. We’ll keep that in mind the next time we read some of your pieces gushing about Obama and pussyfooting around Hillary’s contradictions and lies. To the few who stood-thank you for having respect and for showing some class. As for the rest of you, I find it shameful and unfortunate that you men and women are following a narrative so convoluted to think that a country that affords you the freedom of speech in your vocation would fault you for standing for a few moments with a hand to your heart.