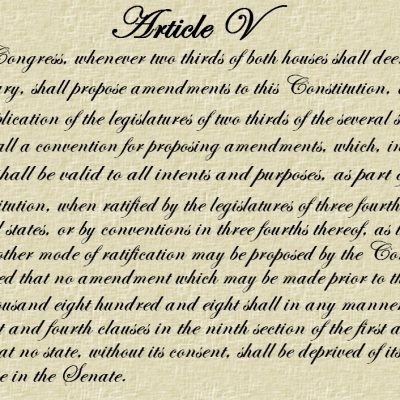 Next post
Obama Refuses to Use the Name of Christian

Danish police have now formally identified the man who was killed in a shootout with them on Sunday morning, who they believe was responsible for both the cafe shooting and the synagogue shooting. Omar Abdel Hamid El-Hussein was 22 years old, who was known to Danish authorities as a gang member with a criminal history.

Born in Denmark to migrant parents, Omar Abdel Hamid El-Hussein descended into a life of crime in his teenage years, joining notorious gang The Brothas and roaming the streets with a knife or a gun.
By the time he was killed by armed officers outside a train station in the Danish capital yesterday, the 22-year-old had an extensive criminal record for offences including assault and possession of dangerous weapons.
In November 2013, El-Hussein was caught on CCTV pulling a knife out on a train in Copenhagen. Moments later he walked down the aisle between the seats and select his victim at random.
He knifed a 19-year-old man in the thigh and buttock before strolling off the train. He was jailed for the attack and was released from prison only two weeks ago, after serving his sentence for aggravated assault.

Danish authorities believe he was inspired by the Charlie Hebdo attacks, and he definitely was armed for a fight when confronted by police.

In one of the biggest manhunts in Denmark’s history, police tracked El-Hussein to an apartment next to Norrebro metro station at around 5am yesterday.
When he emerged he was killed in a hail of bullets as he started shooting at armed officers.
Police found two pistols on him and an automatic rifle nearby.

He is responsible for wounding at least 5 police officers, and killing two men – film director Finn Noregaard, age 55, who was attending the free speech debate at the Krudttonden cafe:
https://twitter.com/AntiIslamicArmy/status/566951046300590080
And basketball player and security guard Dan Uzan, age 37, who was standing guard at the synagogue during a bat mitzvah.

Copenhagen’s chief rabbi described Uzan as “irreplaceable” and credited him for saving the lives of everyone inside.

Rabbi Yair Melchior, a leader of the Copenhagen Jewish community, told Israel’s Army Radio Sunday that Uzan, who had served as a security guard at the synagogue “for many years,” had “saved lives.”

“The terrorists didn’t go in” to the synagogue, he noted.

Michael Gelvan, chairman of the Nordic Jewish Security Council, told AFP Sunday that Uzan was responsible for “access control” when he was shot.

So now Denmark will mourn their dead, but they will need to seriously re-examine how they deal with their growing problem of young Muslims who are leaving to join ISIS, and then what to do with them when they come back. As reported by the Daily Mail, Denmark is shockingly soft on returning jihadis (unlike France), and they are offered rehab.

The Danish government enrols citizens in a programme of counselling, mentoring and education or vocational training.
Everyone who returns from war-torn countries is offered treatment for shrapnel wounds as well as psychiatric care for trauma.
The scheme, which was meant to halt a cycle of radicalisation and retributive justice, was started in the city of Aarhus and adopted nationwide last autumn.
The approach involved dialogue with a mosque regarded as a hotbed of extremism, after authorities found 22 of the young radicals who went to Syria had worshipped there.
But those who return are not expected to renounce their support for radical Islamic goals.

Professor Preben Bertelson, one of those behind the scheme, said it was ‘the only answer’.
‘When [IS] is defeated in three years, we are going to get up to 6,000 very angry young men coming back to Europe,’ he told the Independent.
But Maria Krupp, an MP for the conservative Danish People’s Party, was adamantly opposed to the programme, saying: ‘The project is misconceived. It rewards for violence.’
Denmark has put huge effort into combating domestic terror threats since 2006, when the newspaper Jyllands-Posten became an Al Qaeda target.

And while there is no evidence as of yet that El-Hussein traveled to Syria or anywhere else to join ISIS, would he really have to, if returning jihadis are simply given a hug and vocational training when they come back to Denmark, free to spread the jihad message and recruit others?

Europe, as a whole, is going to have make some hard choices. Either they decide that their freedoms are more important than giving people who were willing to join the ISIS jihad a free pass to come back, or they choose to destroy themselves in the name of “tolerance” and allow these terror attacks to first target people who dare to “insult” Islam, and then target Jews. All it took was one jihadi with a gun to lock down an entire European capital for over 12 hours. Is Europe prepared for this to happen again, and again, and again?

First Paris, now Copenhagen. Where next?