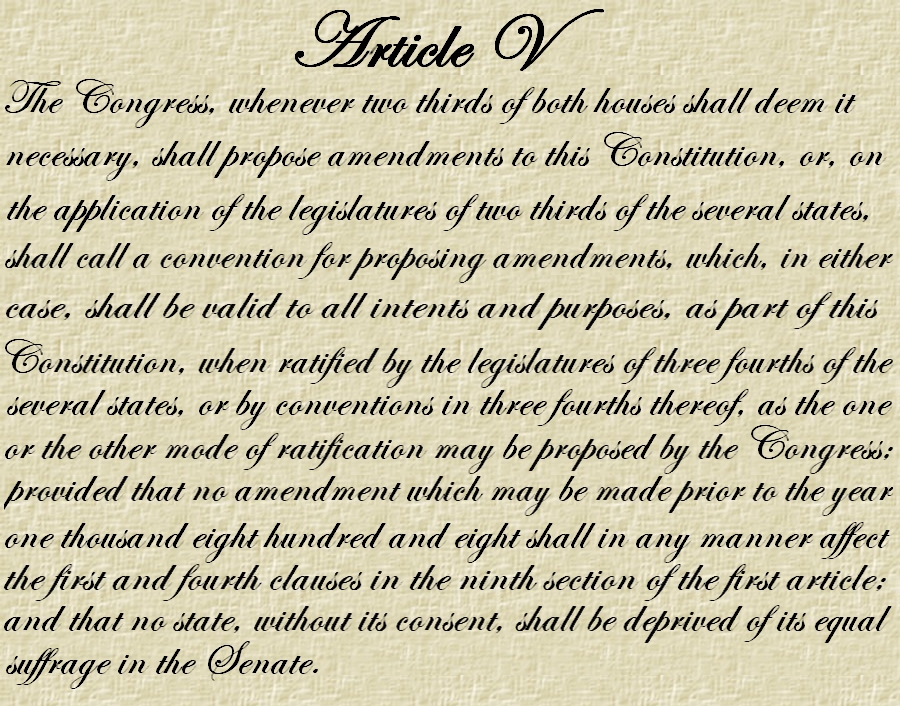 In August of 2013, Victory Girls blogged about the idea of a Convention of States as outlined in Mark Levin’s book, The Liberty Amendments. At first, it seemed like little more than an interesting idea with not much chance of catching steam. But as recently as last week, Republican firebrand, Sarah Palin, jumped on board the COS Train, joining Governor Bobby Jindal and former Governor Mike Huckabee. And now Governor John Kasich of Ohio, whose name has been bantered about as a potential presidential candidate, as well as retired Oklahoma Senator Tom Coburn, have thrown their support behind the movement, with specific interest in a Balanced Budget Amendment. From Fox News:

“Who the heck thinks we should keep spending without any regard to the consequences?” Kasich, a fiscal hawk and former House Budget Committee chairman, asked in South Dakota. “I don’t care if you’re a Republican, a Democrat or a Martian. This is not what we should be doing as a nation. It’s irresponsible.”

Indeed. And Governor Kasich has been barnstorming the nation, gaining support for a much-needed Balanced Budget Amendment.

2 states we've visited have since taken action towards supporting a @BalancedBudget amndmt. Soon we'll be onto SC & WV to get it done there!

Concurrently, Senator Coburn, expressing concern for the exponential growth of the EPA and its gazillions of regulations mandated by unelected bureaucrats, is particularly concerned with the growing concentration of power in D.C.

“Our founders anticipated the federal government might get out of control,” Coburn said Tuesday. “And they gave us a constitutional mechanism to rein it in.”

And that mechanism is Article V of our Constitution: 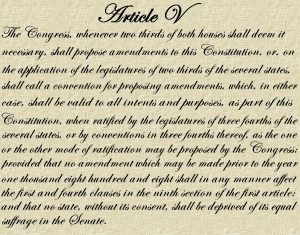 Article V of the Constitution says amendments can be ratified either by Congress or by states if two-thirds of them petition Congress to call a convention. Then, any amendment proposed at the convention must be ratified by three-fourth, or 38, states.

So far, the Alaska, Florida and Georgia legislatures have each passed a resolution in support of a convention, and 25 more are considering one, according to the group [Convention of States Project].

As outlined on the Convention of States website, the four central concerns, all of which have reached crisis level under the Obama Regime, are:

But a Convention of States cannot happen without the help of blue states. And therein lies the problem. There are those like Senator Mike Lee of Utah who are gravely concerned about the adoption of “bad amendments” that could do more harm to our nation, and further erode our liberties. And his concern is valid, given the far left extremism that has enveloped the Democrat Party, and the GOP’s own affinity for liberalism, and a routine willingness to compromise what should be unwavering principles of conservatism. Governor Chris Christie’s push for further gun control in New Jersey comes to mind. My own home state of Idaho, supposedly a “red” state, has welcomed in the overreaching ObamaCare and Common Core, rather than nullifying both as some state legislatures have done. Idaho Governor Butch Otter, seemingly addicted to federal tax dollars, refuses to even consider having Idaho’s lands returned to the state, much of which is under federal control.

Following last November’s conservative wave, which saw a vast increase in GOP control of various state houses across the nation, as well as surprise pick-ups of Governorships in the bluest of blue states, there’s likely no better time to pursue a Constitutional Convention. With a man occupying our White House who has no respect for our founding documents, and a feckless, cowering Congress, there is no doubt that we are in a Constitutional Crisis. We are witnessing the most out-of-control, dictatorial federal government in our lifetimes, and it’s far past time we reined it in. The question is: Would a Convention of States labor to restore our Constitutional Republic to that which our Founders intended, limiting the power and scope of the federal government and solidifying state’s rights? Or would self-serving politicians and lawyers seek to further centralize federal power, or worse? Senator Lee is right to be concerned.

“The greatest danger to American freedom is a government that ignores the constitution.” —Thomas Jefferson