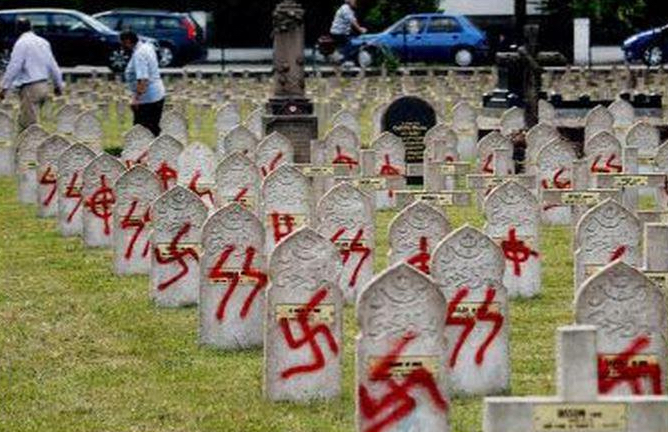 There’s a famous quote that goes something like this: “Those who don’t know history are doomed to repeat it.” Unfortunately, it’s looking more and more like we’ve forgotten.

Also in France, what’s described as “Jew Hell in Paris” on Drudge Report, a video purports to show a journalist being spat on and called a “dog” as he strolls the streets of Paris in a skullcap:

END_OF_DOCUMENT_TOKEN_TO_BE_REPLACED

Danish police have now formally identified the man who was killed in a shootout with them on Sunday morning, who they believe was responsible for both the…

END_OF_DOCUMENT_TOKEN_TO_BE_REPLACED

#Copenhagen: One Dead, Others Injured At Free Speech Talk at Cafe

One 40 year old man is dead and at least two police officers are wounded after a Charlie Hebdo-style attack on a cafe in Copenhagen, Denmark, where…