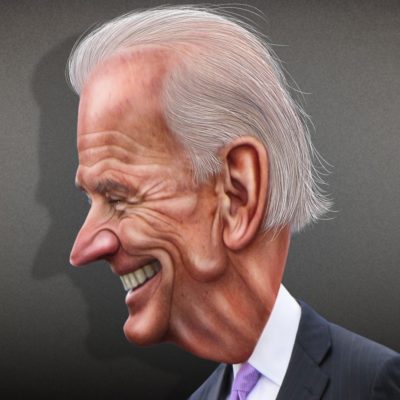 Next post
WH Visitor Logs Released. . .With A Catch

The April job numbers were released today, and boy howdy, are they brutal.

Even the talking heads couldn’t quite believe what they were seeing come across the wires.

The April jobs report was so bad @CNBC had to double check the number to make sure they read it correctly. pic.twitter.com/I7AHf1jUP2

The “experts” were estimating somewhere close to a million jobs. The numbers weren’t just a little off – they were astronomically off.

The unemployment rate also unexpectedly rose to 6.1%. While it’s still well below the April 2020 peak of 14.7%, it’s about twice the pre-crisis level, the Labor Department announced in its monthly payroll report, released Friday morning. Economists surveyed by Refinitiv said they expected the report to show that unemployment fell to 5.8% and the economy added 978,000 jobs.”

Hilariously, the White House was expecting the jobs report to be a victory lap for Biden, so they had already scheduled a quick press statement for this afternoon. Welcome to the spin machine! Poor Grandpa Joe did his best with the numbers, but sometimes there’s just no way to slap a happy face on a poop emoji moment.

President Joe Biden said Friday that April’s lower than expected job growth reveals that the U.S. economy is still struggling to recover from the Covid pandemic, and that his massive infrastructure and family support bills are needed now more than ever.”

Yes, we all know what a Democrat’s laser focus is: print and spend more money. Let’s just keep dumping money into the economy – what could possibly go wrong?

CNN's @ChristineRomans: "If you haven’t felt it yet, it’s coming. You can expect higher prices for toilet paper, diapers, soft drinks, plane tickets, a tank full of gas. Whirlpool is raising prices of some of its appliances by up to 12% …" pic.twitter.com/02JnIf4b4s

We are about to see inflation that we haven’t seen since the 70’s, and the Millennials and Gen Z have NO idea of what is about to hit them upside the head.

But back to this jobs report. The Biden administration is trying to portray it as a spending and support issue. Obviously, ALL THE THINGS are infrastructure, so money, like the spice, must flow. But that’s ignoring the two very large elephants in the room.

One, people are still receiving a lot of unemployment money. And when you are getting enough to live on for free, why go back to work?

“The disappointing jobs report makes it clear that paying people not to work is dampening what should be a stronger jobs market,” U.S. Chamber of Commerce Chief Policy Officer Neil Bradley said in a statement on Friday. “One step policymakers should take now is ending the $300 weekly supplemental unemployment benefit. Based on the Chamber’s analysis, the $300 benefit results in approximately one in four recipients taking home more in unemployment than they earned working.”

The other elephant in the room? Women (oh, excuse me, BIRTHING PEOPLE) are not going back to work, because the SCHOOLS AREN’T FULLY OPEN. Hey, Biden! Ever think about THAT??? And in fact, the employment numbers for women were particularly bad in April.

Like it or not (I personally do not, which is why I am a stay-at-home parent), there is a standing social contract between schools and families. The schools have the kids during the day, which allows parents, particularly moms, the hours to work outside of the home. The pandemic, school closures, and the “15 Days To Slow The Spread” put a screeching halt to the ability of working parents (those who could not just set up their laptop at home) to actually hold down a job and a paycheck. If the Biden administration was serious about getting those jobs numbers up, they would be pushing for schools to reopen full-time. EXCEPT that would run counter to their special friends in the teachers’ unions that they are trying to please, right up to letting them “help” write the CDC regulations for schools. Oops. So, Biden allies like Elizabeth Warren are now pushing the “child care is infrastructure” line. After all, the government can push child care without pissing off the teachers’ unions. Let’s just ignore the estimated 3 million kids who have disappeared out of the school system. If we JUST had federally subsidized child care from well-paid workers, all would be well! Who needs school, really???

If the Biden administration wants the jobs numbers to go up, that means they need to advocate opening schools and telling governors to end lockdowns that are artificially crippling their economies. However, that means giving up the perpetutal pandemic panic porn and letting this crisis end, as it should. But if the pandemic ends, then the push to pass astronomically huge spending bills ends. After all, if the economy recovers, then we don’t need a “rescue plan” that spends billions of inflated currency. And the Democrats can’t have that. They would rather spin these lousy job growth numbers than set the economy free, because they love the power that they currently have.

We are in so much trouble.