Previous post
Ma'Khia Bryant Wanted Her Mom Who Was Not There 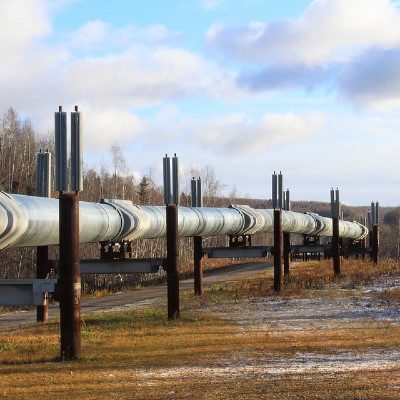 Next post
Colonial Pipeline Shutdown Means Trouble For All

Ever get the feeling you living in an episode of the Twilight Zone without the benefit of hearing Rod Sterling’s opening monologue? And we don’t even believe we’ve achieved peak Derp yet.

Give this barista what they want. pic.twitter.com/JRjZu3MVSB

No, this young lady is not doing parody. And when she’s not de-escalating armed conflict while insisting on the pronouns “they/them” she’s proud to be stealing from Walmart.

Dollars to donuts, she grew up in a rich family in a nice single-family home where there is, to this day, a shelf in her childhood bedroom filled with Participation trophies.

“Full Frontal Wants To Take Your Guns” … will explore how appalling and frankly stupid it is that we as Americans are told there’s simply nothing we can do about gun violence. Don’t even get us started on the whole “good guy with a gun” thing. It’s high time to figure out how America’s gun problem got this bad, and what we as citizens of this glorious mess can do to help fix it.

Who is this person who is telling Americans there is “nothing we can do”? Can Bee cite him or her? Provide some quotes? Or does Sammy just reject all the things that are not sexy-simple, but ultimately useless, solutions? Because fixing the person who criminally pulls a trigger is really hard work. “Hard Work” isn’t in Leftwing vocabulary. Certainly not in Left-fascist Bee’s.

Actually, I’d like to see that political hack gagged with a face-diaper 24/7 for the rest of his life.

Anchor Chuck Todd said, “Let’s get to mask-wearing. At what point can we stop wearing masks outside? At what point if vaccinated people, do you take the masks off? Is the mask going to be something we have with us in a seasonal aspect?”

Fauci said, “You know, that’s quite possible. I think people have gotten used to the fact that wearing masks, clearly if you look at the data, diminishes respiratory diseases. You know we’ve had practically a non-existent flu season this year, merely because people were doing the kind of public health things that were directed predominantly against COVID-19. (snip) during certain seasonal periods when you have respiratory-borne viruses like the flu, people might actually elect to wear masks to diminish the likelihood that you’ll be spreading these respiratory-borne diseases.”

The word elect is doing a lot of heavy lifting there. Raise hands now, how many of you actually believe that the usual Democrat strongholds will not pivot to programs designed to mandate indoor masks during flu season?

Oh look! Vladimir ♥ loves him some Nikole Hannah-Jones and channels his own 1619 project.

In the wake of Russia’s Victory Day military parade on Sunday, Russian lawmakers plan to ban any comparisons between the Soviet Union and Nazi Germany. The parade marks the 76th anniversary of the end of World War II and, as is traditional, will be held in Red Square.

The bill follows President Vladimir Putin’s orders to prohibit publicly equating the role of the two collaborationist powers during the war. (snip) The Kremlin’s historical myths have become state scripture and entail the omission of key events and the whitewashing of Soviet crimes. Histories in Russia remain silent about Stalin’s collaboration with Hitler.

And here’s where we will point out, again, that the fallout between Stalin and Hitler was a family fight. Communism and fascism being two sides of the same collectivist coin. We know leftwingers recoil in horror when pointing that out, but Mussolini was pretty clear that individuals were nothing without the state and the fascist Italian state in 1939 “owned” more of the economy than the USSR.

Always remember to counter the derp with facts and don’t let the Left gaslight you.