Next post
Climate Change And John Kerry, What A Joke 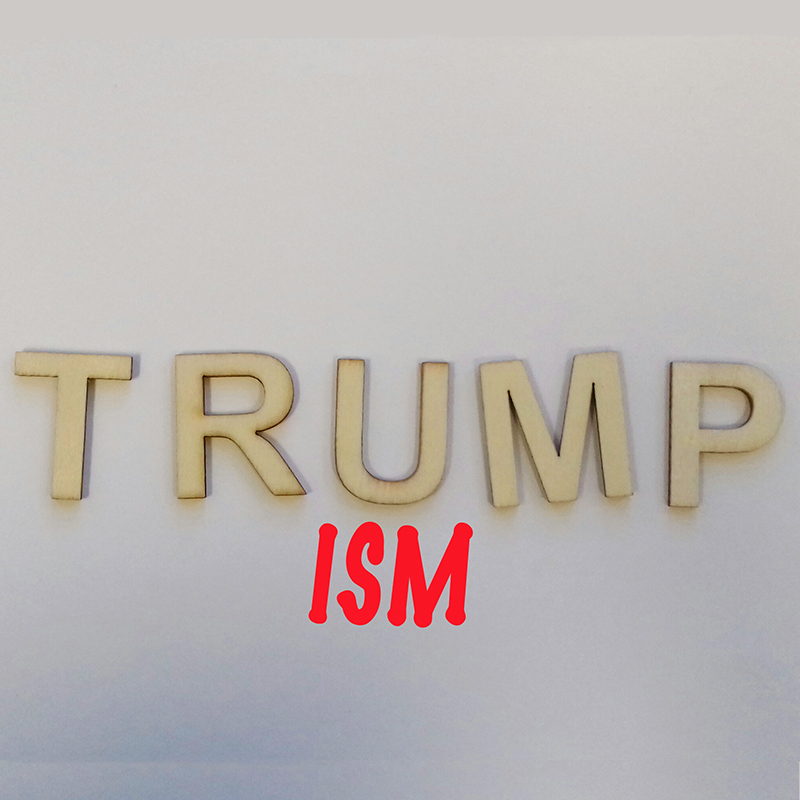 The Democratic Party—which The View windbags represent—is fast becoming the party of rich, coastal, and yes white, Americans. And the proof was in the Election Night pudding, where the GOP swept the country, even into deeply-blue states dominated by Democrats. A few stats:

The president held on to the same slice of the female vote, 42%, as four years ago. He also doubled his percentage of votes among LGBT voters, a comparison of the Times’ exit polling in 2016 and 2020 shows.”

Florida, where the Latino community is diverse, went for Trump at a higher level than the nation as a whole. The president won 55% of the Cuban American vote in Florida, NBC News reported, and 30% of Puerto Ricans and 48% of “other Latinos” backed Trump.”

“By a separate count, Republicans gained their highest nonwhite percentage of the vote since 1956, according to GOP consultant Adrian Gray, who worked in the George W. Bush administration and for the Republican National Committee.”

And the harpies over at The (Leftist Only) View—who somehow still manage to attract an audience—know it too. From The Washington Times:

‘I think Trumpism is here to stay, quite frankly,’ Ms. [Sunny] Hostin said. ‘Over 70 million people voted for him in spite of the fact they knew he was racist, and misogynist, transphobic, homophobic, and they voted for him anyway. It just seems to me that people’s hearts and minds don’t change that quickly, and if we stop talking about President Trump, then, you know, I’m always fearful that past becomes prologue, right?'”

“Ms. Hostin then mulled the possibility that someone ‘smoother around the edges’ who subscribed to Mr. Trump’s political philosophy would be elected in the future.”

Sigh. They’re always so original in their critiques. And they never consider that it’s they who may be wrong.

But back to “Trumpism.” What exactly is that?

Well, it’s not what Whoopi Goldberg and her View Gorgons want their viewers to think it is:

‘This is an attempted coup,’ Ms. Goldberg said. ‘This is what dictators do when they want to take a country away from its people.'”

Psst, Whoopsie: if Trump were a dictator, he would have “won” the election already Nicolás Maduro-style. But no one ever accused you of being the sharpest knife in Hollywood’s drawer, am I right?

Seriously, these ignoramuses need a rubber room, crayons, and some plastic sippy cups.

No, girls; “Trumpism” is a resistance to new wars and conflicts; it’s fostering peace across the globe; it’s a resistance to federal government overreach; it’s low taxes, reduced regulations, and increased freedoms; it’s border security and legal immigration; it’s a return of power to the people; it’s peace through strength; and first and foremost, it’s America-first policies that benefit us all.

You know, kind of like our “right-wing extremist” Founders intended. And everything the statist-cabinet stacking Joe Biden is not.

But it’s even more than that: it’s a refurbished, Donald Trump-led GOP that’s made historic gains with Americans who traditionally vote Democrat (that party would have us believe they have some sort of socialism mandate, by the way; they do not), increasing its voter base by upwards of 11 million new “Trumpism” supporters whose votes the president won by, gasp, keeping his promises and then some like no president has in my lifetime.

And it’s reflected in the voices that so many of us have found and used in the wake of what we see as a stolen election, where in days gone by—cough, Romney—GOP voters simply shrugged and said, “We lost. Move on.”

But those days are gone. And a new GOP voter base is alive and thriving and feeling its oats.

Remember when the quintessential Gorgon, Mad Maxine Waters, demanded that her constituents harass Trump supporters simply because of policy differences?

Well, seems two can play that game, specifically push-back against the authoritarian, and bipartisan, Mussolini wannabes masquerading as governors who demand we submit to their “orders,” but don’t abide by said orders themselves:

And that includes one Mr. Joe Biden—not that The View harridans would ever call him on it—who’s mask-less, birthday party-attending self seems to scream “I know the Covid crisis is a lie:”

NO MASK? Joe Biden can have a birthday party, but we can't have Thanksgiving? pic.twitter.com/v72EwY732A

Once upon a time, we gracious Republicans and all flavor of right-leaners were too “nice” to directly confront those who wield power over us. Instead, we wrote sternly-worded letters that no one ever read, or stood on overpasses with signs demanding a stop to things like illegal immigration. But no more. Thanks to companion movements to “Trumpism” like the #WalkAway Campaign and organizations like Turning Point USA who are taking their beef, and their alternative messaging, directly to the people—and taking the war directly to the enemies of the people—our big-tent message is resonating with those that the GOP has, frankly, been historically abysmal at attracting. And I don’t think those of my fellow Americans who’ve jumped off the Democratic ship will be returning to the party of communism and looney-leftist ideas anytime soon.

And that prediction is reflected in this: the Democratic House majority is smaller than it’s been in some 80 years:

The GOP sliced into the Democrats’ advantage in the House in the Nov. 3 election, powered by their own 2020 class of recruits that will add at least 15 women to their ranks when the next Congress is seated in January.”

“’Every single seat that we flipped was either won by a woman, a minority or a veteran,’ New York Republican Elise Stefanik, who led an effort to recruit female candidates, said in an interview.”

And the GOP ranks may grow by another handful soon.

Further, the GOP now dominates state legislatures, and will enjoy the power to re-draw districts as we head into the 2022 midterms, giving the GOP a decent chance at re-taking the House (fun fact: I think Queen Nance knows it). And I suspect, should Trump not win his lawsuits to hang on to the presidency that so many of us believe he won, he will be a kingmaker, and a RINO-hunter, come this time next year, helping usher in more elected officials like these who are giving the likes of Ilhan Omar and the brain trust that is AOC and their ilk hell in ways the establishment types have always been too feckless to even imagine. And it’s even seemed to rub off a bit on one Sen. Kelly Loeffler:

We saw the video of you smiling and laughing while talking about al-Qaeda & 9/11.

We know that you funneled MILLIONS of dollars to your new husband’s “consulting” firm.

And we know that you're an unabashed anti-Semite.

You should be expelled from Congress. https://t.co/DQxcWG7m7q

The congressional chambers are gonna be lit come 2021. And it’s a breath of fresh air.

And it’s all thanks to “Trumpism.”

So while I may throw up in my mouth a little as I admit I agree with the lefty View loons, agree with said lefty View loons I do: Trumpism is here to stay. Because it’s not about a man; it’s about what that man represents, it’s about what he’s brought to the table, and it’s about the inroads he’s made as he has, indeed, Made America Great Again: strength, freedom, and America-first policies that unabashedly benefit Americans of all stripes.

So the Gorgons over at The View are right. For once. Just not in the way they think they are.