Previous post
Climate Change And John Kerry, What A Joke

Next post
Unemployment Missing? Look No Further Than Death Row! 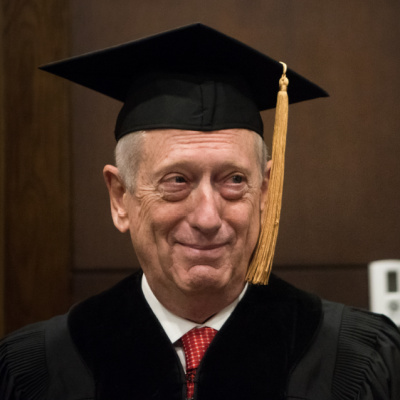 In an article for Foreign Affairs magazine, retired Marine General and Trump’s first Secretary of Defense James Mattis says that the America First policy must end. While we here at Victory Girls have, in the past, been huge fans of the warrior monk, we have to ask, “Et tu, Brute.”

The Foreign Affairs article is titled “Why U.S. Security Depends on Alliances—Now More Than Ever” and is co-authored with Kori Schake, Jim Ellis and Joe Felter. I did a quick internet search on Kori Schake. She signed a statement, along with 100 other National Security officials, kvetching that Trump is undermining the integrity of our elections. Schake then tweeted:

"It is shocking to me and other senior national security officials, who have dedicated much of our careers to protecting the country, that congressional Republicans are allowing Trump to impugn the integrity of our elections.” Proud to be among them. https://t.co/NR2Cz6gcGn

Miss Schake, just like with the media, Donald Trump has not impugned the integrity of our elections. Au contraire, we skeptics saw and heard Hillary Clinton, Nancy Pelosi and state courts sow the seeds of doubt in the fairness of the 2020 Presidential Election for months in advance. And, as with our distrust of the Media Industrial Complex, President Donald Trump is reflecting our attitudes.

General Mattis, I think, thought that Donald Trump was a neophyte who would worship at the feet of the warrior monk. When that didn’t happen, Mattis was seriously peeved. His ego was hurt. Let’s face it, you don’t get to be a General Officer without a ginomorous ego. It was just a few months ago that Mattis called Donald Trump a threat to the Constitution and said that he was the first President who didn’t try to unite the Nation. Remember? I guess Mattis forgot about the ways that Barack Obama divided us.

Mattis, Schake and the other two want a return to normal. A return to the old way of doing things. You know, the way that didn’t get any peace in the Middle East. Donald Trump did that.

So what have do Mattis, et al. have against America First? From the Foreign Affairs article:

The United States today is undermining the foundations of an international order manifestly advantageous to U.S. interests, reflecting a basic ignorance of the extent to which both robust alliances and international institutions provide vital strategic depth. In practice, “America first” has meant “America alone.” That has damaged the country’s ability to address problems before they reach U.S. territory and has thus compounded the danger emergent threats pose.

“Undermining the foundations of an international order manifestly advantageous to U.S. interests”? These authors cannot be serious people. Donald Trump began no new wars, renegotiated NAFTA in the United States-Mexico-Canada Agreement to bring jobs home and support anti-corruption, and let China know that we were not subordinate to that nation. And, you have a problem with that?

While the Mattis crew does see China as our greatest threat, they think that America First is deleterious to our relationship with China:

The principal external threat the United States faces today is an aggressive and revisionist China—the only challenger that could potentially undermine the American way of life. The United States’ goal, however, should not only be to deter great-power war but to seek great-power peace and cooperation in advancing shared interests. For that, the United States’ alliances and partnerships are especially crucial.

China, in her continued denial of responsibility for the Wuhan Lung Rot and the deaths of 250,000 Americans, is at war with the United States. We are in a war footing against the Covid-19, are we not? You cannot sue for peace until the enemy is defeated and accepts responsibility.

James Mattis and his anti-America First crew must have read the Wikipedia meaning of the policy that emphasizes isolationism. That is not what the Trump Administration means by America First. According to the White House website, that is not what DJT means:

President Trump recently released his 2018 National Security Strategy, which provides the strategic vision necessary to protect the American people, preserving our way of life, promoting our prosperity, maintaining peace through strength, and advancing American influence in the world.
The Administration recognizes that economic security is national security.
President Trump is implementing policies that jumpstart job creation and strengthen our country’s economic base.
America is leading again, proving that America First does not mean America alone by revitalizing relationships with countries that share our goals and interests while combating radicalism and extremism.
President Trump is pursuing “peace through strength” by modernizing and rebuilding America’s armed forces. In the words of our Nation’s first president, George Washington: “To be prepared for war is one of the most effectual means of preserving peace.”
The President’s National Security Strategy will modernize our nuclear forces and deploy state-of-the-art ballistic missile defenses.

You can read the rest of it on your own. How hard would it have been to read Trump’s actual policy? Take care of yourself first and then you can help those around you. Don’t they tell us that on the airlines?

James Mattis is begging the Obama/Harris/Biden (Please, pray this doesn’t happen.) to go back to a globalist policy. Well, Biden has named John F. Kerry as his Climate Czar, so I think we are well on our well to globalism.

General James Mattis has passed his sell-by date and needs to get gone.