Next post
Justice Gorsuch Talks About Constitution And Court 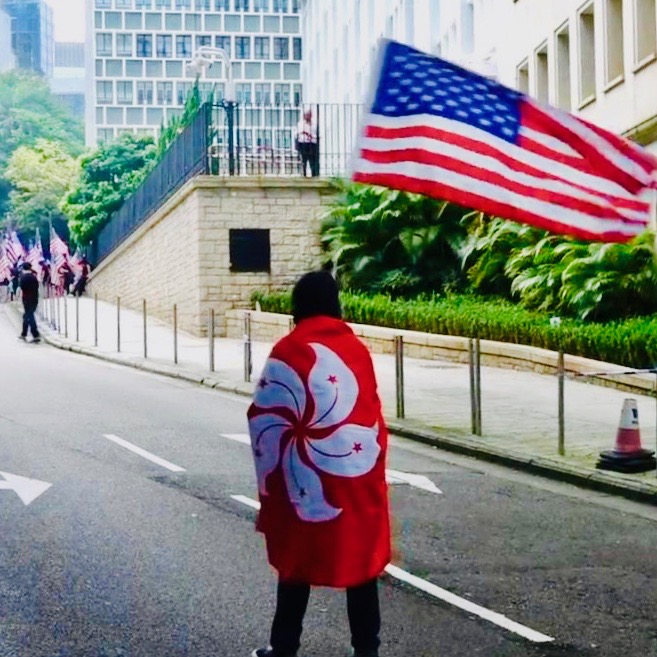 China’s silence while Hong Kong citizens took the streets this weekend advocating for freedom, human rights, and the ability to remain “one country, two systems” per the 1984 agreement, is glaring.

“China’s leader, Xi Jinping, warned a gathering of senior Communist Party officials in January that the country faced a raft of urgent economic and political risks, and told them to be on guard especially for “indolence, incompetence and becoming divorced from the public.”

Now, after months of political tumult in Hong Kong, the warning seems prescient. Only it is Mr. Xi himself and his government facing criticism that they are mishandling China’s biggest political crisis in years, one that he did not mention in his catalog of looming risks at the start of the year.

And although few in Beijing would dare blame Mr. Xi openly for the government’s handling of the turmoil, there is quiet grumbling that his imperious style and authoritarian concentration of power contributed to the government’s misreading of the scope of discontent in Hong Kong, which is only growing.”

As the NY Times article further points out, Xi has stayed silent regarding the situation in Hong Kong. Most notably, as Hong Kong’s CEO Carrie Lim withdrew the badly constructed extradition bill, the Chinese government said nothing. Not only that, but China has signaled for weeks that there wouldn’t be any concessions to the protestors, yet when Lim withdrew the extradition bill completely, she indicated this was with China’s blessing.

China is, itself, in the midst of some significant upheaval. It’s not only the trade wars with the United States, it is the fact that they are becoming more blatant with their power grabs. Some of which is led by the fact that the Chinese media and others have now taken to likening Xi to Mao – even referring Xi as “the People’s Leader.” A moniker previously only associated with Mao.

The citizens of Hong Kong don’t want China involved in their lives nor in their government.

A. The rule of law needs to be adhered to and China is ignoring current rule of law

B. China’s dictatorship under Xi has suppressed creativity and freedom, thus creating anger and resistance for China

C. If the citizens of Hong Kong stop fighting, then all will be lost

Protestors over the weekend sang the Star Spangled Banner, waved American flags, and asked for the United States to intervene.

““Fight for freedom, stand with Hong Kong,” they shouted before handing over petitions at the U.S. Consulate. “Resist Beijing, liberate Hong Kong.””

What the protestors want is for Congress to exact the Hong Kong Human Rights and Democracy Act. This would require annual reviews of the treatment of Hong Kong, its businesses, and its citizens. If it is found that the Hong Kong OR Chinese government undermined Hong Kong’s autonomy in any way, those officials would be sanctioned.

Keep in mind, the original agreement gave Hong Kong until 2047 to govern as a free and separate state from China. It is quite evident that Xi and many in the government no longer want that to be the case. Thus the many instances of encroachment on their freedoms as well as hindering Hong Kong’s ability to engage freely in the world market space.

This is …not a good reaction by Hong Kong law enforcement.

In the heart of #HongKong's shopping, district, Causeway Bay, there were no protesters, just reporters, shoppers & bystanders. @erinhale, who was feet away, confirmed that no warnings had been given. Popo is crazy, as #Hongkongers warn one another these days. See for yourself. pic.twitter.com/EPt1wCkn3L

In fact, in response to the Reuters tweet, many are informing that media site that they are wanting CONGRESS to act, not just nor not only Trump.

As far as the protests, when you see people in Hong Kong advocating for the freedoms we here in America are blessed with because of our Constitution … and others melting down because of a chicken dish…

The media may and will try to make this about Trump. But it isn’t. It is about FREEDOM. Period.

Hong Kong’s economy has thrived by being free from China’s dictatorial hand, and the world has benefitted. If China is successful in stifling Hong Kong, the fallout from that could be far-reaching.

Thus, China’s silence on these protests is and should be worrisome to us all.