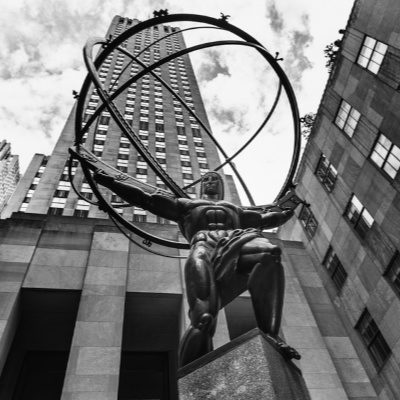 Previous post
Heroes Who Don't Submit To The Mob

In the middle of all the talk about “defunding” law enforcement, no one wants to look at Chicago. If Chicago is this bad WITH law enforcement, imagine what it would be like without any police.

Which is probably why Chicago Mayor Lori Lightfoot, though she talks up police “reform,” has been very careful to not go overboard.

Asked if she believes that police would have less crime to deal with if the city spent less on police and more on other social services like mental health programs and education, Lightfoot said “I don’t think it’s an either/or proposition.”

“The investments that we are committed to making in violence reduction, in mental health, in affordable housing and workforce development; we need to make those investments, period, and we’ve committed to that,” she said. “So it’s not, for me, it’s not an either/or proposition. We absolutely have to have reform and accountability of our Police Department, but equally imperative and urgent is the absolute necessity of investing in communities.”

“Public safety is about a heck of a lot more than just cops in a car, walking a beat. It is about building healthy, vibrant, safe neighborhoods, and we have to get there, exactly through the investments that we’re talking about, and when that happens, you see a community reborn,” she added.”

So here’s the question – how do you promote investment and safety in a city when 60 people are shot within a span of 48 hours, and 9 people are dead, including innocent children?

A 13-year-old girl was killed and two other teens were wounded Saturday night in Austin on the West Side.”

The girl was inside a home about 8:30 p.m. in the 1000 block of North LeClaire Avenue when the shots were fired, and she was struck in the neck, Chicago police said. She was taken to Stroger Hospital, where she was pronounced dead.”

A 3-year-old boy was fatally wounded about two hours earlier when someone opened fire at his father while they were driving in Austin.”

The toddler, identified as Mekay James, was struck in the back about 6:25 p.m. when someone in a blue Honda pulled behind the black SUV the boy’s 27-year-old father was driving in the 600 block of North Central Avenue and fired several rounds, authorities said.”

A police source said the father was believed to be the intended target of the shooting.”

So, why is the media assiduosly ignoring Chicago, as they always do, when 60 shot and 9 killed, including a three year old boy, would be national and international news if it happened all at once? Why do children’s lives in Chicago NOT matter to activists? Why will there be no marches in the streets demanding justice for Mekay James or Amaria J. Jones?

We all KNOW why – because the narrative must be served at any cost, including the cost of innocent lives. Why can’t we agree that George Floyd was murdered and he should get justice, AND that Mekay and Amaria were murdered and THEY deserve justice as well? Will their killers be caught? Mayor Lightfoot would like to think so.

A 3-year-old boy who had his whole life ahead of him.

To the despicable individuals responsible for this senseless act of violence, you have no place in this city, no home in our communities, no shelter to hide.

I think we all would like to believe that Mekay’s and Amaria’s killers would be tracked down and brought to justice. I also think we could all agree, on both sides of the political aisle, that children should always be protected. So, who is going to do the protecting?

There has been a lot of talk about sending in social workers to deal with issues. Who is going to guarantee their safety? And when something goes terribly wrong for a social worker, who do they call? 911. When the CHAZ/CHOP has its first shooting, which resulted in a death, who does “warlord” Raz Simone want to blame? The medics, of course, even though they are unable to move in without police escort, and the crowd refused to let the police in. How does anyone expect that crimes will be dealt with and murders be solved without law enforcement?

This is why Mayor Lightfoot is not jumping onboard the “defund the police” bandwagon. She already has enough problems for someone who has only been mayor for a little over a year. If the police suddenly start calling in sick, or start pulling back from policing, how many more deaths in Chicago will there be?

This weekend isn’t even over, and nine people are dead. There will be no marches for them, not even for the most innocent among them. Mekay James and Amaria J. Jones deserve a march for justice – they will probably get a candlelight vigil at best. They deserve cries for change from community activists demanding an end to gang violence – they will get silence, because they are simply collateral deaths to activists. If the narrative cannot be advanced, then their deaths have no meaning, because their lives did not matter to those who pay lip service to that very slogan.