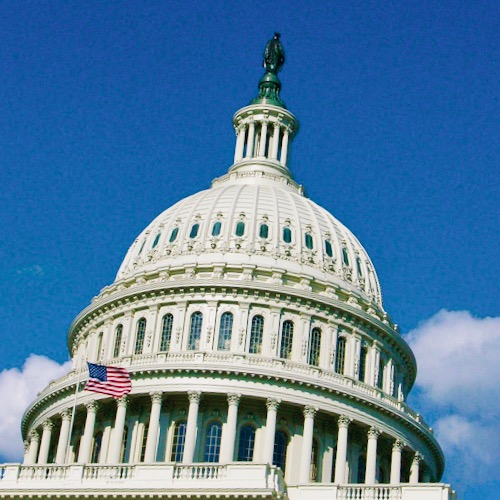 The background of the Capitol shooter is of supreme inconvenience to the left. Within an hour of the shooting, the media is reporting on anything and everything regarding the incident, EXCEPT his background.

“Several people familiar with the investigation identified the suspect as Noah Green. One of those people said Green has an address in Virginia.

The suspect was not known to either D.C. or Capitol police, according to authorities. “It does not appear to be terrorism related,” acting D.C. police chief Robert J. Contee III told reporters.”

Check out other headlines and you’ll see that the shooter is only referred to as the “driver.”  The thing is, far too many people only read the headlines or will only tune in to the news report and never realize that the shooter’s political affiliations don’t fit the favored narrative.

As the afternoon’s events unfolded, many on the left went running to social media gleefully sharing their absolute conviction that the shooter was a Trump supporter, white nationalist, or all around deplorable.

A Bulwark editor had to quickly delete her tweet that called the attack political violence. Ilhan Omar tweeted this reprehensible load of horseshit.

It’s a total toss up as to who is a worse actor, her or AOC. pic.twitter.com/ka7ozgEbIx

It’s equal right now. Both are dangerous and cruel. Meanwhile, I’m sure Ilhan wasn’t the only one that was hoping there was one of those EVIL guns involved in the attack.

If Trump supporters didn't storm the Capitol on January 6th, today's attack would have never happened. Trump is responsible. Republicans are responsible.

My brain warped trying to follow that twisted bit of logic. The left, including the media was SO HOPING the shooter was a gun-toting Trump supporter. And, well, that didn’t happen.

Here’s what they are burying far FAR down the page of their news reports.

“Less than two hours before he was shot and killed, Green posted a number of Instagram stories on an account that appears to belong to him, including links to ​other Instagram videos of Nation of Islam leader Minister Louis Farrakhan speaking.

“The U.S. Government is the #1 enemy of Black people!” a caption on one video read. In another post on the Instagram account, Green wrote last week that he believed Farrakhan had saved him “after the terrible afflictions I have suffered presumably by the CIA and FBI, government agencies of the United States of America.”

Oh, well, that hoped for narrative got spiked VERY quickly. Furthermore, it’s now very problematic for the media and others. Why? Because many have had Farrakhan on their shows. Also quite a number of Democrats have praised him vociferously.

Except that Farrakhan himself is a major racist and anti-Semite. Furthermore, he’s troubling to the current media/Democrat narrative for another reason. He is a virulent anti-vaxxer, and is causing problems regarding Coronavirus and the Covid vaccines.

“By rushing so fast to get something out, bypassing normal steps in a true vaccine, now God is going to turn your vaccine into death in a hurry,” Farrakhan said at the end of a plenary session held on Saturday.

“It is death itself, created by what you call ‘Warp Speed,’” Farrakhan also said, referring to the U.S. government’s project, Operation Warp Speed, to develop a vaccine for the virus.

Farrakhan also took aim at Dr. Anthony Fauci, the U.S. government’s top epidemiologist, saying that he has sought to make money on the vaccine, which he referred to as a “vial of death.””

From what research is showing, the Capitol shooter was very troubled. Possibly on drugs at one time or another, and was not navigating the lockdown very well. Supposedly the Nation of Islam saved him, only to lead to his own destruction yesterday afternoon.

Senator Ted Cruz had a good question regarding the Capitol shooter and the media this afternoon.

Suddenly, like the recent shooter in Colorado, this lunatic is going to magically disappear from the news.

If a depraved murderer doesn’t fit the woke narrative, he doesn’t exist. https://t.co/fBetdwl6gc

A great question. Especially since all reporting of the Boulder shooter disappeared from the national media within two days. I give it two days and a bit and any reporting of the Capitol shooter will disappear.

Why will all reporting disappear? Let me recap.

The shooter was black

He was a Nation of Islam follower

All three of those key items are not the preferred narrative whatsoever. What the media and the left (one and the same really) wanted, was the shooter to be a Trump supporter. They desperately wanted him to be a gun-toting deplorable from the flyover states. Ok, so he was from Indiana, but the rest of their preferred narrative is nowhere to be found with this guy.

In an inexplicable act of violence, a brave US Capitol Police Officer, William Evans, was killed in the line of duty while another officer fights for his life. Officer Evans made the ultimate sacrifice to protect the Capitol. Our hearts go out to his family and loved ones.

The violence is easily explained Kamala. But again, it doesn’t fit your preferred narrative. Bailing out looting rioting thugs in Minneapolis does fit your narrative. This guy, because he followed Farrakhan? Nothing to see here, move along, even though everything about Farrakhan and his followers is totally about violence and killing. Will they condemn Farrakhan? Nope.

The Capitol shooter’s background is incredibly inconvenient for the left’s narrative. As mentioned above, I give it two days plus an hour or two, and the entire story is memory-holed.