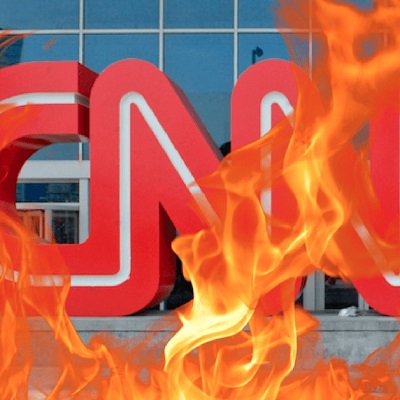 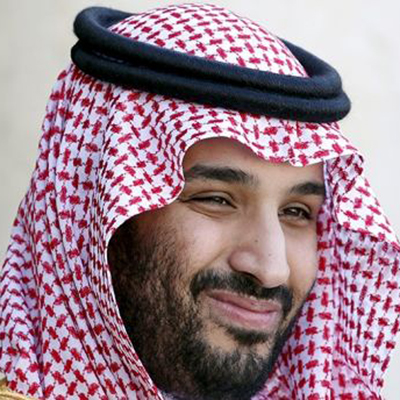 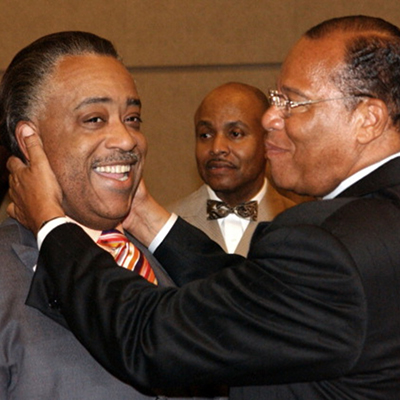 When the Left tells us who they are, we should believe them. And they are shrieking it in our faces. In case you haven’t heard, members of the Congressional Black Caucus (CBC)—who for whatever reason like to keep themselves segregated—have come under fire for many of its members’ close ties to Nation of Islam leader, Louis Farra Farrakhan. But rather than condemn his anti-Semitic and racist rhetoric—only three reps have reportedly done so—some are doubling down on stupid, while the usual suspects, who have historically supported, and been backed by, the CBC, cemented their support Monday, to the sounds of silence from our media:

Several black activist groups [held] a protest on Monday in defense of Nation of Islam leader Louis Farrakhan, a notorious anti-Semite and racist revealed to have close ties to prominent Democratic politicians and activists.

Black Lives Matter, the New Black Panther Party and the National Action Network [were] among the groups spearheading the protest, the organizers said in a press release.

Rev. Al Sharpton has been NAN’s president since he founded the group in 1991.

Ah, yes, Al “Tawana Brawley” Sharpton, champion race-baiter for the ages. Is anyone surprised that he’d poke his head out of his mole hole in support of Louis Farrakhan? And the rally wouldn’t have been complete without the New Black Panther Party, infamous for this:

I'm old enough to remember when 18 members of ACORN were convicted or admitted to voter fraud (for Dems of course) and when AG Holder thought these Black Panthers standing outside voter booths were totally not voter intimidation. pic.twitter.com/giYpPVSobb

For those unaware, here’s a brief primer on just who Louis Farakkan is:

“White people deserve to die, and they know, so they think it’s us coming to do it,” Farrakhan said in 2015. He has also called white people “white devils,” “potential humans” who “haven’t evolved yet” and “sinful by nature.”

And on justifying hatred of white people:

And on his favorite topic, the Jewish people:

“I’m not into integration. I ain’t for that. God told the Jews, he didn’t want you intermarrying with others. But you disobeyed him. He don’t want us uniting into this that he’s come to judge. You can’t integrate with wickedness if you want righteousness.”

“The Jews don’t like Farrakhan, so they call me Hitler. Well, that’s a good name. Hitler was a very great man.”

Farrakhan claimed that “there were many Israelis and Zionist Jews in key roles in the 9/11 attacks” and claimed that “many Jews received a text message not to come to work on September 11.”

Get the picture? Now, regarding that last clip: I don’t know about you, but I’ve never taken anyone from their homeland and forced them to come to mine. Nor has anyone I know. But, you know, victimhood is lucrative. And the frightening thing is…how so many people agree with Farrakhan’s warped, supremacist worldview, including sittings members of Congress.

Oh, and here’s our oft-idolized former POTUS standing aside Farrakhan for a 2005 photo op:

The photo that never saw the light of day: Obama with Farrakhan in 2005 https://t.co/nUrPbYVy0q pic.twitter.com/MrjqRdJy9G

Aren’t they just two peas in a pod? Not surprisingly, the pic was intentionally buried by our oh-so-objective media, hand-in-hand with the CBC, so that Mr. Obama could portray himself as a centrist, unchallenged by his media slobberers, lying his way into office as a patriotic American.

And let’s not forget that the sitting deputy chair of the DNC is this man:

At @MoonPalaceBooks and I just found the book that strike fear in the heart of @realDonaldTrump pic.twitter.com/r81nYoeqpL

Yes, in addition to being buds with Farrakhan, Rep. Keith Ellison supports Antifa. The same AntiFa that terrorized their fellow Americans for months on end following the 2016 election, and continue to do so, all the while receiving not condemnation from the DNC and their media sycophants, but rather praise and encouragement from their own lips.

So you see, the Left—and I’m not talking Democrats, but the radical fringe who have hijacked the party—is showing us exactly who they are, with the typical assist from a media more interested in burying the ugly truth of their preferred political party than they are with informing their viewers. From their preference for illegal aliens over their own constituencies, to actively supporting domestic terrorists, to protecting a man who’s the equivalent of the Grand Wizard of the Ku Klux Klan, they’ve dropped all pretense of centrism or patriotism. No, the Conor Lambs of the Democrat Party are a breed on the brink of extinction. And all that remains of the DNC are coastal elites, anti-Semites who praise Hitler, misogynist swines and every flavor of bigot imaginable, and legions of their supporters who refuse to stand up for what’s right and root them out. I hope America—including thoughtful, patriotic Democrats—recognizes this truth come November. But as of right now, it looks like the Left has successfully projected everything they are on to the backs of the feckless GOP.