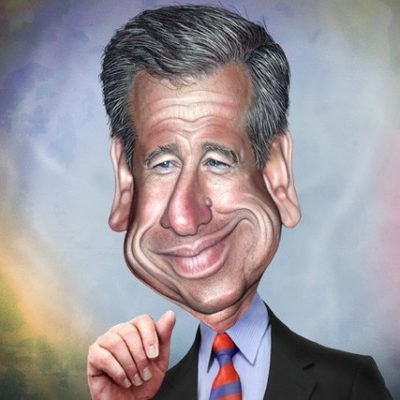 by Lisa Carr in media 5 Comments

Looks as if NBC News and MSBC will be down one more biased “journalist” next month as longtime anchor, Brian Williams steps aside. Williams mentioned late yesterday that he will be leaving the company at the end of the year.

Oh, Lyin’ Brian! Who will the fact-checkers go after now? Who will take the enemy fire in a war zone, now, oh warrior of the airwaves? This from CNN:

Williams’ exit from NBC has an end-of-an-era feel.”-CNN

And end to the error of over-embellishment and lying peppered with enough jaded smug by the mugs on the nightly news? It’s doubtful. Even CNN could not bring themselves to say Williams told a whopper. No, he exaggerated some stories, they said. Actually, it was an evolving story, you see. It all started when he went up in that whirly bird in Iraq in 2003. And a rocket attacked the helicopter that went up ahead of his Chinook helicopter…errr…nope. Actually, the rocket-propelled grenade actually DID attack the Chinook he was riding in.

An exaggerated story. You think?

I mean, even Chris Cuomo, who lied about advising his brother at the Governor’s mansion in Albany, New York, who made the on-air bet that Donald Trump could not go 21 days without lying, said Brian Williams lied back in the day.

But, but, but…it was all in “the fog of war” and Brian Williams was in such a fog, he conflated the two helicopters. ‘Tis difficult to be a warrior of the late night newsroom. “Tater” also sends his regards:

Breaking end-of-an-era news out of MSNBC: Brian Williams, a 28-year veteran of NBC, is leaving the company when his contract ends next month https://t.co/05Qp6CLPHu

The era of propaganda doesn’t just end with one, Stelter. Are you next?

This wasn’t the only time Williams over-embellished the details in the name of ratings and his ego. There were the bodies floating in New Orleans’ French Quarter after Hurricane Katrina. There was the hostile horsemen in Cairo’s Tahrir Square. There was an exaggerated an on-site report after the earthquake in Haiti in 2010.

And the Tweets just keep coming:

Whatever. As long as Brian Williams does not get replaced by Chuck Todd, right?

So many comments on Brian Williams and the “outstanding” work he has done. The stellar job and standards in journalism he’s upheld through the years will be remembered. He is a legend, according to some. Not every prime time news anchor can fabricate a war story quite like Brian did. Not every leading news anchor can bury stories that tell inconvenient truths about political figures in order to protect them. It takes true integrity to protect a legacy and the Obamas. That $10 million a year gatekeeper salary back in the day quashed lots of stories from other investigative journalists at NBC during the Obama administration, didn’t it? Leadership. Driving the conversation. Delivering the unbiased, unfiltered news. Geeking out over Barack Obama…or is it Richard Pryor, Brian?

Good friends were in great supply at NBC. I was fortunate that everyone I worked with made me better at my job. I’ve had the best colleagues imaginable. That includes great bosses.”-Brian Williams

MSNBC viewers are beside themselves. Their world is coming to an end or so it seems. Brian Williams, a 28-year news veteran. Whatever would they do without his wisdom and wit. He’s one of the most “trusted” names in the business, according to some. Insightful, knowledgeable. He seeks the truth. (He just doesn’t tell it.) I guess when one holds Williams up to the likes of Rachel Maddow and Joy Reid, who will remain at MSNBC, this statement is an utterance of truth, somewhat…ironically.

But alas, who else will push the narrative of “not enough media bias” in reporting the dismal polling numbers of our Flatulator In Chief? Guess some other “really crappy” reporters will have to pass along the news about a “really crappy” presidency and administration they flat-out refuse to call “really crappy”. Unless Brian The Legend Williams decides to “pop up” somewhere else. He is casting caution to the wind that this nay happen after taking a respite and spending time with his family. You know, where he doesn’t have to duck any enemy fire. It’s been a tough life for the prep-school boy who decided to fight for the truth in journalism.

What comes after this? A launch into space? Or maybe a memoir of real and/or embellished events-you decide? Wait a second, we know. Brian Williams will be deploying to Afghanistan to clean up the mess made by our current administration. Stay tuned. Film at 11.