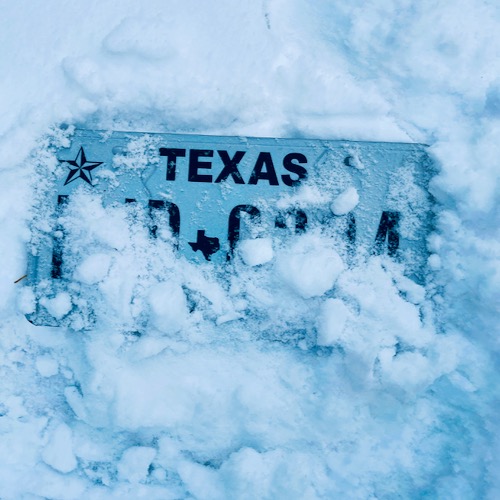 A ‘low-key” approach from Biden regarding the Texas Ice Storm disaster is worthy of applause from The Washington Post.

“As the Biden administration faces its first natural disaster, the president himself is taking a notably low-key approach. He has not visited the stricken region or delivered prime-time remarks; he did not mention the disaster at a recent town hall; and he is studiously avoiding the controversy over whether wind energy or fossil fuels are to blame for widespread power failures.

It’s a marked contrast to former president Donald Trump’s habit of making himself the often-hostile center of attention during natural disasters. He famously tossed paper towels to hurricane victims, excoriated Californians for “gross mismanagement” of forests and called Puerto Rican leaders “corrupt and incompetent” for their handling of aid money.”

I laughed so hard when I read those two paragraphs! Especially when the WaPo goes on to say that it might be a little worrisome if Biden is TOO “low-key” in his response, which would potentially draw criticism. You think??!!

First of all, the entire damned grid failed when the ice and snow hit Texas. Secondly, for all those in the cheap seats, wind and solar (which is now a significant portion of the Texas grid) cannot handle ice and snow. Third, ERCOT failed at their jobs. They had received multiple warnings over the years that the grid needed to be winterized. Did they do so? Nope. And what has happened to Texas over the last two weeks is the result of that. Furthermore, ERCOT’s failures are much larger than previously known.

“Instead of sending inspectors to complete important examinations at state power facilities to ensure they were adequately equipped to handle winter weather and high electricity demands, ERCOT management chose to host “virtual tabletop exercises” for only a portion of their plants, keeping their in-person contact limited to prevent the spread of coronavirus.

Beyond permitting only 94 of the state’s 600 facilities to participate in the virtual meeting centered on preparing for winter, ERCOT also did not require any plants to adapt their protocols for the colder months, instead just offering a list of suggested guidance for plant operators to follow voluntarily. When the recent storm hit Texas and these unprepared power plants, 40 percent of ERCOT’s generators were rendered out of commission and couldn’t perform under the wintery conditions.”

Read the above again. VERY important inspections were cancelled because ERCOT thought an inspection would spread the stupid virus. Plus, why the hell would ERCOT keep the majority of the facilities out of the Zoom exercises? ERCOT is earnestly assuring people that blame will be assessed. When? Who knows?

Biden’s “low-key” approach also means only approving disaster declarations for 77 counties in Texas, when Governor Abbott specifically requested that the entire state be declared a disaster area, and ERCOT issued their own request to the Department of Energy.

Biden is so “low-key” that it took over a week for a meeting with FEMA to be scheduled!

Once someone shoves a piece of paper in front of Biden, he planned to sign it and Texas would be on the mend. WHEEE!! In a disaster that is shaping up to exceed the $19 billion cost of Katrina and have long-term repercussions, $5 million in disaster relief is barely a drop in the bucket, and kind of insulting if you ask me.

Multiple Texas cities and towns were under boil water notices because the water systems were off-line and once resumed, weren’t able to run the filtering systems. Hotels, homes, businesses, and apartments are destroyed due to pipes bursting all over the place. Many people across the entire state were without power for over a week, and quite a few are STILL without power. The 2021 and 2022 citrus crops are gone. The agriculture community as a whole has been decimated. The costs of which won’t be calculated for quite some time.

What does Chuckles Schumer do? Gleefully tap dances all over Texas’ current misery.

It was not resilient.

The federal investigation by @FERC and @NERC_Official must look into how Governor Abbott's policies in Texas have failed and exacerbated the winter storm crisis.

Don’t get me wrong, ERCOT was in a bind. As this article points out, choices had to be made.

“The fundamental decision made in the middle of the night on Monday to have outages imposed was a wise decision by the operators we have here, Magness said.  If we had waited and not done those outages … we could have drifted to blackout.  That’s not just outages, but we could lose all electricity on system, and it could take months or longer to repair that.”

That could’ve led to 20 million Texans without power for MONTHS. Essentially ERCOT was in a Kobayashi Maru situation, partly of their own making.

As Texas recovers, I hope that Texas citizens continue to press ERCOT for answers while also assessing the dangers green energy poses in situations like this, and rip Biden’s “low-key” approach to shreds.