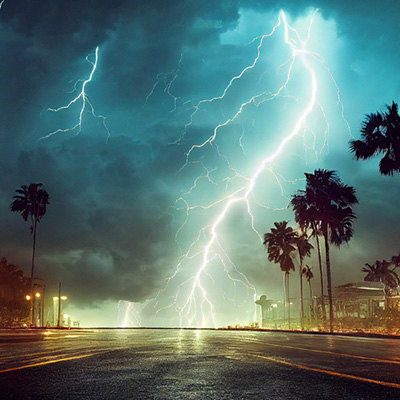 It is bad enough that while tens of thousands of fellow American citizens in Florida are prepping for Hurricane Ian, Progressives are rooting for their destruction, but even FJBiden has taken the opportunity to snub FL Governor Ron DeSantis.

Presidents frequently speak directly with governors during emergency events — both to demonstrate political unity and to help coordinate federal and state relief efforts.

What FJBiden did instead was to call up three mayors, two of which are Democrats, to discuss “planning and preparation for Hurricane Ian”. As if DeSantis and his people aren’t doing their job.

Regardless of the toxic gloss spokeshole Jean-Pierre tries to put on it, FJBiden’s 1) refusal to talk to Gov. DeSantis 2) delegating a FEMA administrator to make contact with Gov. DeSantis is a major escalation in this regime’s priority of poisoned partisanship over good government.

And whatever one’s issues with President Trump and his oft-times crude language and mean tweets, he put that aside when American citizens were in need — e.g. April 21, 2020

New York Gov. Andrew Cuomo met with President Donald Trump at the White House on Tuesday for what both called a “productive” meeting on the need for federal help with coronavirus testing and financial help for hard-hit states.

“I think we had a very good conversation,” the New York Democrat told MSNBC’s Nicolle Wallace in a phone interview after the meeting, and there was an “acknowledgment that we all need to work together on this. It has to be a real partnership.” (snip)

Trump, at his daily briefing later on the pandemic, agreed the meeting was “productive” and said he and Cuomo are on the same page and had a “great talk on testing.”

“The federal government will work along with the state on the national manufacturers and distributors. Together, we’ll all work together to help them secure additional tests and we hope that this model will work with the other states as well. We think it will,” Trump said.

But American citizens aren’t a real priority of Joe’s and never were. His 40+ years in government has demonstrated his total lack of any internal moral compass, just a craving for power and a willingness to do/say anything to get it. From his decades of lying about his first wife’s death to his recent Triumph of the Shrill speech demonizing some 75+ million Americans as enemies of America and the continued weaponizing of the Fed alphabet agencies to go after political enemies, the Creeper in Chief is a petty pederast with Emperor Envy.

Meanwhile, the DNC’s PR arm, aka “mainstream” media, gets caught hoping for disaster …

Here’s the media praying for Florida to get destroyed by hurricane, just so they can have something to make DeSantis look bad. https://t.co/YiM7hgLesv

Pray for all our fellow citizens in the path of Hurricane Ian and remember Biden’s vindictiveness in November.