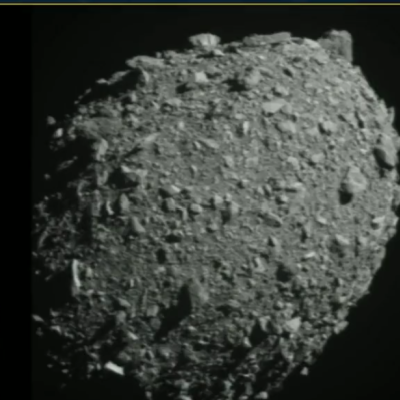 Previous post
NASA Plays "Armageddon" And It's So Cool 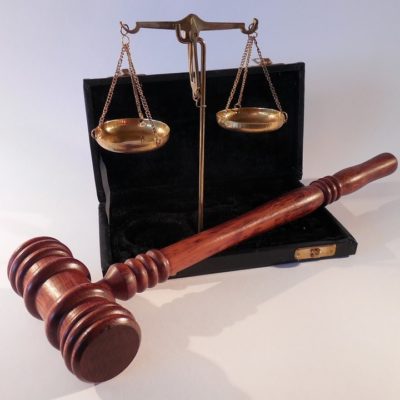 The first lawsuit against the Biden administration’s plan to “forgive” student loan debts has officially been filed, right on the heels of the Congressional Budget Office putting out their estimates… and they are UGLY.

The CBO finally announced their report on how much the student loan debt bailout would cost the federal government. That means the burden on all taxpayers. It’s bad. There’s no way to sugarcoat these numbers.

The cost of outstanding student loans will increase by $20 billion because an action suspended payments, interest accrual, and involuntary collections from September 2022 to December 2022, the Congressional Budget Office estimates. That present-value cost is relative to the amounts in CBO’s May 2022 baseline projections.”

After accounting for those suspensions, CBO estimates that the cost of student loans will increase by about an additional $400 billion in present value as a result of the action canceling up to $10,000 of debt issued on or before June 30, 2022, for borrowers with income below specified limits and an additional $10,000 for such borrowers who also received at least one Pell grant.”

Yeah, we totally have a spare $400 billion lying around. The math works out to about $2,500 per taxpayer. I’m sure everyone has that in their bank accounts to give to those poor, broke college graduates.

This entire student debt forgiveness plan is illegal. The Biden administration used the 2003 HEROES Act as their legal justification for this large scale executive action on the basis that the COVID-19 pandemic was still ongoing. Joe Biden himself threw a monkey wrench into that logic when he declared that the COVID-19 pandemic was over – which the White House hastened to gloss over by explaining that Senile Grandpa was looking at bright shiny cars when he said that, so who can take him seriously, really?

Biden's @PressSec appears to blame his "pandemic is over" statement on a senior moment where he got distracted by shiny cars. https://t.co/BgDr8sZKgW pic.twitter.com/1S1np9C7Bf

Well, the biggest issue with challenging the entire scheme in court has been finding someone who has “standing” to sue. Congress could do it, but Democrats won’t do it because they are in favor of this idea of letting Biden exert illegal executive authority to issue “indulgences” for stuff that they like. The Pacific Legal Foundation thinks they have found someone with adequate standing and have filed the first lawsuit against the student loan debt scheme.

Lacking legislative authority to carry out the president’s wishes, the Education Department turned to The HEROES Act. Enacted in 2003 in response to the Iraq war, The HEROES Act allows the government to modify loans to assist veterans and their families as needed during times of war or other national emergencies.”

The Education Department issued a memo insisting the military-focused HEROES Act granted the agency student debt-cancelling powers to combat the financial harms caused by the pandemic. But President Biden himself recently declared that the pandemic “is over.” So The HEROES Act is a flimsy pretext for a major policy change that Congress has declined to enact. And even if the Education Department had this power, it should have gone through typical notice and comment rulemaking.”

The first wave of cancellations is expected to launch in early October, with automatic cancellations for eight million borrowers in preexisting loan repayment programs.”

This includes Frank Garrison, a public interest attorney who holds federal student loan debt, including Pell Grants. He has paid his loans for the past six years as a part of a Public Service Loan Forgiveness program (PSLF). Congress created that program to incentivize nonprofit and public service by offering full loan forgiveness after 10 years of payments. Frank anticipates full forgiveness in approximately four years. Frank’s enrollment in PSLF means ED’s new $20,000 loan cancellation will automatically apply to his loans.”

Frank lives in Indiana, which taxes the upcoming cancellation as income but does not tax his future PSLF loan forgiveness. Frank will be stuck with a tax bill that makes him financially worse off than continuing with his repayment program under PSLF. He did not ask for cancellation, doesn’t want it, and has no way to opt out of it.”

It should also be noted that Frank Garrison is an employee of the Pacific Legal Foundation, under the terms of the Public Service Loan Forgiveness program. So the PLF did not have to go far in order to find someone that can actually prove harm from this student loan debt “forgiveness” program, which probably made the filing of the suit a lot easier.

The lawsuit (which can be seen here) seeks to strike down the HEROES Act itself as a violation of the Consitution’s separation of powers in Article I, as Team Biden and the Education Department took this to mean that in an “emergency,” they could simply create new law.

I am not a lawyer, but this seems like the most practical tack to take. If the court recognizes the harm done to Frank Garrison, who has been working under the terms of one program to get his student debt cleared, who will now be automatically given the student debt forgiveness because of his current enrollment in the other program, and then will have to assume a tax penalty for getting that student loan debt “forgiven” because of the tax laws of Indiana (the other states with similar tax penalties listed are Wisconsin, North Carolina, Minnesota, Mississippi, and Arkansas), then will other people enrolled in the same program want to join the lawsuit? The more the merrier?

Honestly, this is the result that the Biden administration probably wants. They know, especially after the CBO score, how ruinously expensive this is going to be. They want the political capital for doing this, but not the consequences. So the goal is to make the courts the “bad guy” for telling the people who want this “no.” And if they can blame the court for it, perhaps going up all the way to the Supreme Court, then that works for them as well. After all, if kindly Grandpa Joe and his administration had the BEST OF INTENTIONS and they TRIED, but the Big Bad Court says NO, then it can’t be their fault, can it?