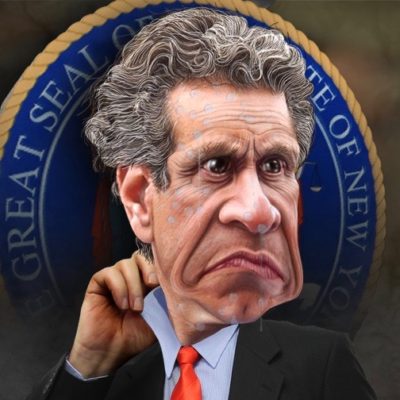 I mean, it’s horrific enough that elderly people under Cuomo’s governorship were placed into the hotbeds of illness, but this report is now stating aides repeatedly overruled state health officials over a span of at least five months, according to interviews and newly unearthed documents. For the ever-so-biased New York Times to reveal this, I’d say the report is pretty damning.

Mr. Cuomo’s most senior aides engaged in a sustained effort to prevent the state’s own health officials, including the commissioner, Howard Zucker, from releasing the true death toll to the public or sharing it with state lawmakers, these interviews and documents showed.

A scientific paper, which incorporated the data, was never published. An audit of the numbers by a top Cuomo aide was finished months before it became publicly known. Two letters, drafted by the Health Department and meant for state legislators, were never sent.”-Goodman, McKinley, Hakim, The New York Times

What kind of people would do such a thing and why on earth would they do this, you may ask? It’s all a matter of timing. You see, reporting the actual number of nursing home deaths was putting a real damper on Cuomo’s agenda. I mean, after all, he was in the middle of a $4 million-dollar book advance and was writing his musings on the pandemic.

I mean, admittedly, Cuomo’s star was shining bright. A book deal. An Emmy award. CNN did not want to dull that luster and quite honestly, neither did he or his aides.

Reminds #MichaelAvenatti & how CNN try to groom him to be the next beacon of light. Didn't turn out too well.

So, Cuomo’s aides continued to undercount and under-report COVID-19 deaths in nursing homes. Imagine if the publisher under-counted the $4 million dollars scumbag Cuomo was to make for writing about his “heroism” during the pandemic? This most recent report shows that the Cuomo administration had known since the spring of 2020 that it was undercounting these deaths. A lawyer for Cuomo’s office said the reason the accurate numbers weren’t released far earlier was because officials didn’t believe the data was reliable, calling concerns about the undercount “overblown.”

Why would the governor’s office want to release these “overblown” numbers when they could, instead, under-report the number of deaths amongst the most vulnerable of our population, amongst the least likely to survive complications from COVID-19, while reports across the country over-inflated cases of the illness (selectively not reporting the recovery rates amongst the healthy population) in an effort to keep the country locked down! Does this make sense? Only in a slimy, oily, I’m gonna say it-GREAZZZZZY Democrat’s world does this make sense.

The Aides from Cuomo’s office? They “froze out of fear” that the true numbers would be used against them by federal prosecutors. “Politics were being played,” Cuomo said. Except, they may not have played out for you as well as you thought they would, Mr. Cuomo. Funny how that little thing called karma works, isn’t it?

NY might have had the 89 residents to keep seats had Andrew not killed all of our grandparents.https://t.co/GAZGawWIsR

The whole brouhaha here is overblown to the point where there are cynical suggestions offered for the plain and simple truth that the chamber wanted only to release accurate information that they believed was totally unassailable.

“The chamber was never satisfied that the numbers that they were getting from D.O.H. were accurate.”-Elkan Abramowitz, Cuomo Office Legal Representative

Abramowitz also was quick to jump in that the under-reporting of deaths by Cuomo’s aides had “nothing to do with the governor’s book”.

So this is all “overblown brouhaha”? I dare the feckless Dems in Cuomo’s camp to say that to someone who had a loved one die-sick and alone-I might add, in a New York nursing home. The numbers, apparently, were all over the place. One draft of a report received by The New York Times stated approximately 35 percent of COVID deaths were nursing home residents. The publicly-released report told another story and instead claimed 21 percent of all deaths in New York were in nursing homes.

But Trump, that scoundrel, and his administration was only out to embarrass Democratic governors, so they said.

Forget Andrew Cuomo, the person who really killed Grandma. Sidebar: it was not YOU for not wearing a mask. And, by all means, let’s saturate the news feeds with how the Feds rolled up on Giuliani, Google. Let’s also praise Joe Biden for America’s “Arising Anew” without tens of thousands of our elderly who were placed in nursing homes to die by irresponsible Democrat governors. Oh, the peril that becomes possibility and the crisis that is an opportunity!

Prayers for those who lost family members due to this sheer incompetence. We live in sad times, indeed.