Next post
Terry McAuliffe: School Choice For Me, Not Thee 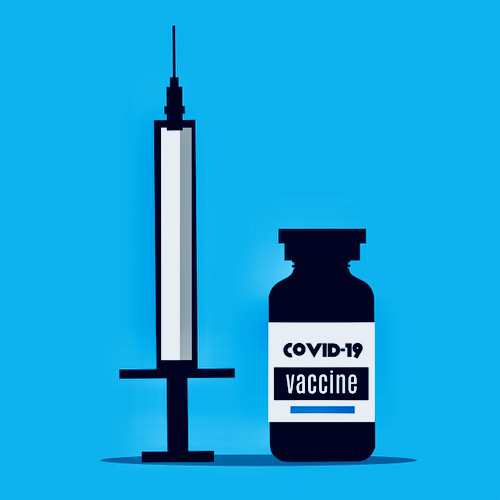 Dump the booster shot campaign. That’s what the medical advisors are now telling the Biden Administration.

But wait just a minute! Wasn’t Joe Biden just on national TV publicly getting his booster shot while sitting in front of a fake WH office set …in the White House? Why yes, yes he was.

But now, as Politico reports, Biden’s medical advisory team told folks from the FDA, the CDC, and that odious little troll Fauci, that the Administration should dump the booster shot campaign.

A vocal contingent of prominent doctors and scientists is pressing the Biden administration to scrap its plans to provide booster shots to all previously vaccinated adults, according to five people familiar with the matter.

Several of these outside experts, including some who advised President Joe Biden’s transition team, objected to the administration’s approach during a private, off-the-record call last week with federal health officials. Current U.S. data on vaccine performance does not justify using boosters widely to reduce the risk of breakthrough infections and slow the virus’ spread, the experts said.

They told officials on the Sept. 27 call — including Biden’s chief medical adviser, Anthony Fauci; White House policy adviser Cameron Webb; and the heads of the Food and Drug Administration and Centers for Disease Control and Prevention — that the shots should be given to people most at risk of severe Covid-19 to reduce hospitalizations and deaths.

Doctors, nurses, law enforcement, Border Patrol, and NBA players as well as many others are being forced to get vaccinated or face being fined or fired. Yet, in reading the above the medical advisors are tacitly admitting that the rates of vaccination across the U.S. are so good that boosters should ONLY be utilized for those truly at risk for the virus.

Especially since the White House is pushing vaccines and boosters as hard as they can.

The plan released by our nation’s doctors allows for states, pharmacies, doctors’ offices, health insurers and others to prepare for the administration of boosters. In the beginning weeks of the initial vaccination program in December 2020, the country lost precious time because we were unprepared to administer shots. By planning now, we will be able to quickly get booster shots into the arms of eligible Americans once approved.

A booster promises to give Americans their highest level of protection yet. Three-shot vaccines are common (Hepatitis B, Tetanus) and offer some of the most durable and robust protection.

Implementation of this plan depends on authorization of boosters by the Food and Drug Administration (FDA) and recommendations by the CDC’s independent Advisory Committee on Immunization Practices (ACIP).

Love the passive aggressive ‘blame Trump’ line in there! Especially since the vaccines had only been available for about 5-6 weeks PRIOR to Joe taking office. But then again, nothing is ever Joe’s fault is it??

Guess what? The FDA isn’t ready to authorize booster shots for all.

As is noted above and from medical professionals that Politico talked with, the data just does NOT support booster shots right now.

Yet Biden is still going to push not only the vaccines, but the booster shots. His administration is all about mandates along with shaming those who aren’t vaccinated. Which has led to far too many private companies forcing vaccines on their employees.

Andrew Wiggins: “I had COVID before. Wasn’t too bad.” Said he had an allergic reaction to medicine a couple years ago and carries an “epipen” now and doesn’t like to put anything unnatural in his body. pic.twitter.com/H0fZKSbU3y

Furthermore, the Administration has signaled that federal employees with exemptions could STILL be fired if their job is supposedly one that can’t have Covid safety protocols in place. Yeah, sure. Tell that to all the Border Patrol agents who’ve been exposed to thousands of illegals who aren’t being tested nor vaccinated against the virus!

I think it’s great that medical professionals are taking a step back and trying to inject a dose of reality into the Biden Administration. What I don’t think is great is that much of the politicized public health community says they are confident, per Politico, that the Biden Administration is being truthful in it’s decision making!

If that is the case, then why are members of the medical community making the case that the booster shot campaign needs to be scrapped?

Lest we forget, this is what Joe Biden promised.

Now, as we find that there is infighting surrounding the Covid booster shot campaign, this news ALSO makes the Biden Administration look…really bad.

JUST IN: More Americans have died from COVID-19 this year than from the virus in all of 2020, according to newly updated data from Johns Hopkins University. https://t.co/5Z4jQuICP3

Congrats to the Biden Administration. You weaponized and politicized the virus, the vaccines, and now the booster shot campaign. If this was your idea of ‘Build Back Better,’ you’re doing one helluva job there Joey.