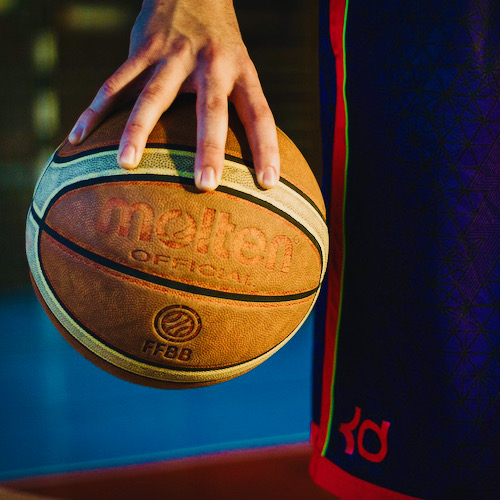 The NBA, who has long bowed to China, has now decided that no matter the valid concerns, any NBA player who is not vaccinated will be treated like lepers.

Unvaccinated players will not be allowed to eat among vaccinated teammates, must have lockers far away from them and are mandated to wear a mask and follow social distancing rules during team meetings, according to a memo obtained by The Associated Press on Tuesday.

Unvaccinated players are also required to remain at their homes when in their team’s city and to stay in hotel rooms when on the road, barring them from attending various businesses and large indoor gatherings.

Read that again folks. Really, read that again. Any NBA player who isn’t vaccinated will be segregated. Their lockers will be at the far end of the room, they will have to mask up amongst their teammates, and stay well over six feet away from the same teammates during meetings.

HOWEVER, when it comes to the game – the virus magically goes POOF! Need that one key player to rack up the points? No virus here! Need that one NBA player to block the shots and provide those assists to get that game winning score? Virus is non-existent!! I’m waiting for the next South Park NBA dunk.

Quite magical isn’t it? The virus is stupendously awful when it comes to team meetings and hanging out in the locker room. But on the court? Virus – Poof begone!

It’s amazing to me, not only in the sports world, but everywhere how over the top crazy the VACCINE OR ELSE crowd is. The lectures, even those from former NBA players are not helpful and are definitely not moving the needle towards folks cheerfully lining up to get the vaccine.

The thing is, the NBA players who are hesitant on the vaccine have valid reasons. Yet the vaccine or else world has descended upon them with pitchforks blazing!

Brooklyn Nets star Kyrie Irving, an NBA champion and seven-time All-Star, has become the face of a vocal minority of prominent NBA stars voicing their hesitancy toward the COVID-19 vaccine.

The All-Star guard, who serves as vice president of the players union that blocked the NBA’s effort to impose a vaccine mandate, has sparked backlash from health experts and basketball legends by refusing to get vaccinated.

It’s a stance that could cost Irving games and money, since New York City requires proof of vaccination to attend large indoor events. That rule would include players performing before fans at Brooklyn’s Barclays Center.

Think about that, Kyrie has some very valid reasons for being hesitant to getting vaccinated. Those reasons should be recognized and acknowledged. Instead, what the NBA is doing is treating him and the others like lepers.

This is a calm, intelligent, respectful statement as to why @JJudahIsaac is hesitant about getting the Covid vaccine. Instead of screaming at those who are still figuring it out, listen to his response. pic.twitter.com/Q1xMLw8boX

Keep in mind, Jonathan Isaac has already HAD Covid. So the NBA mandating a shot for him while ignoring the immunity he’s now built up from the virus plus the antibodies he already has… This is where the NBA and so many other companies are failing downward. Did you know that blood banks want donations from those who’ve contracted Covid and recovered? Why? Because of their antibodies!! Would the vaccine cause issues with that? It certainly is possible. So again, there’s another reason why NBA players and anyone else who has had Covid shouldn’t be treated as lepers, but instead be able to roam freely about the building.

Here’s Bradley Beal on the covid vaccine. NBA players like Beal and Isaac, who both have had covid already, should have no vaccine mandates at all. pic.twitter.com/AeHP9HnXgJ

Then consider LeBron James, whom I’m NOT a fan of.

LeBron James explains his decision to get vaccinated, but wanting to respect others for whether they decide to get it pic.twitter.com/khPH3NePAX

We have government and corporate entities telling us what to do with our own health. In Louisiana a healthcare system has now informed all those on the insurance plan that any of their spouses, partners, or family members on the plan who are NOT vaccinated will be fined. Yep, there’s those lepers again.

This is yet another, just as with the NBA and California, example of the government telling us that WE no longer have the right to make our OWN healthcare decisions.

However, people will cave, even if it goes against their own personal beliefs. Why? This is why.

“It’s tough being told what you can and can’t do with your own body,” the Boston Celtics’ Marcus Smart said. “I chose to get vaccinated because, quite frankly, I didn’t feel like dealing with the BS that was revolving around it. That was my decision. I stand by anybody who makes their own decision to feel what they feel best for themselves.”

That’s the key point. The NBA is planning to treat any unvaccinated players as lepers because THEY are making personal healthcare choices for themselves.

You know what? The coercion and the treating of those not vaccinated as lepers is a key contributor to vaccine hesitancy. The NBA has fouled out on this whether they realize it or not.