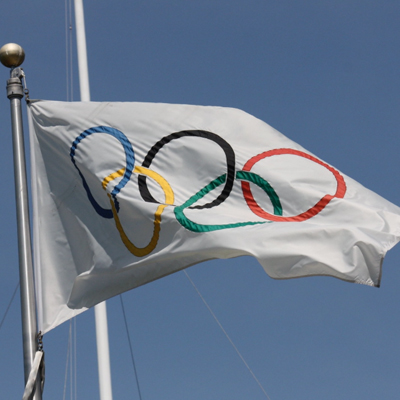 The Beijing Olympics will be starting next month on February 4, and there are a whole host of reasons why we shouldn’t be there.

Dr. Scott Gottlieb, former FDA commissioner, reminded us of China’s — and of their WHO handmaidens’ — duplicity:

Two years ago today: The WHO reassures the world, on behalf of Chinese authorities, that there was “no clear evidence of human-to-human transmission of the novel coronavirus” first identified in Wuhan h/t @BNODesk pic.twitter.com/RwxBPGRuDX

And we believed them. Hell, the world believed the Chinese. What’s more, Dr. Fauci said in May on Sirius’s Joe Madison Show that he still trusts the scientists in China:

“I think that you have to have a difference between the scientists in China and the Chinese government. I don’t have much insight into the latter. . . . And our experience with the scientists have been that they have been of good faith, they’re talented, many of them have made major accomplishments in science, and that’s the reason why we’ve worked with them.”

Except those scientists he extols dominate the Chinese Communist Party. The truth is, there is no difference between Chinese scientists and the CCP. Yet Fauci insists that there is some sort of professional bonding between American and Chinese scientists. Or perhaps he has chosen to ignore their guile over the years in his pursuit of notoriety and status. 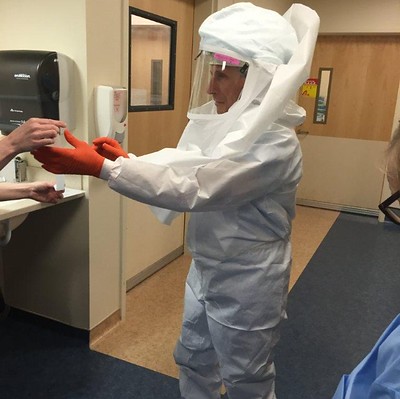 Anthony Fauci in PPE. NIAID/flickr/CC BY 2.0.

Not only that, but we now find that China has lied about the true number of their Covid deaths, understating the body count by thousands. As if that should come as a shocker.

Now, two years later, the US is going to participate in the Beijing Olympics as if nothing is wrong, and as if China is a honorable nation.

Clamping Down on Athletes at the Beijing Olympics

Australia has been draconian in their treatment of tennis champion Novak Djokovic in the upcoming Australia Open. However, the Aussies have nothing on the Chinese in how they’re treating athletic teams participating at the Beijing Olympics.

First, athletes, team staff, and media will all need to be fully vaccinated before entering Olympic areas, such as the Olympic Village, game venues, and transport. And, if they’re not vaccinated, they will need to complete a 21-day quarantine. Compare that to the Tokyo Games, which didn’t have a vaccine requirement.

But even before they board their planes, participants need to show not one, but two negative tests from approved labs. And once they arrive in Beijing, participants will have their temperatures taken and their noses swabbed. Then, when they get to their designated lodging, they’ll all have to wait up to six hours for the authorities to process their Covid tests. Moreover, they’ll all have to take these tests every day.

And that’s not all. The Olympians and their staff will have to wear N95 or similar masks in both indoor and outdoor areas. Distancing will be enforced and talking forbidden in closed areas like elevators.

But if the worst happens, and someone tests positive for Covid, but doesn’t have symptoms, they’ll have to be isolated in a 270 square foot hotel room. They’ll get food, and may open windows, but they can’t leave. And if they do have symptoms, they’ll go into isolation in a hospital. In both cases, the individual has to have two days of negative tests to be let loose.

And one more thing — there’s no cheering on your teammates. You can only clap.

Is this humiliation worth it to be able to participate in the Beijing Olympics?

Espionage at the Beijing Olympics

Let’s start this segment with comments on Twitter by an ex-Microsoft employee named Jon Teets. He wrote how China employs the “thousand grains of sand model,” and said, in part:

“One way of understanding Chinese espionage is the “thousand grains of sand” model. In this account, three different countries want to know what kind of sand is on a beach in a foreign country.”

He continues that one nation, say Britain, might launch a submarine with commandos and collect samples that way. Americans might use satellites and sniffer planes. But China would send its citizens on holiday to the beach. Why?

“At sunset they would all go home and simply shake out their towels; and the Chinese would end up with more sand — and more data — than other nations.”

Now let’s apply that to the Beijing Olympics.

Young Olympians, along with their staff and media, will be enjoying the time of their lives in the fabulous city of Beijing. They’ll meet other young Chinese citizens, who are more than happy to pick up “grains of sand” information to pass on to the Party, just as Chinese students do when they attend US colleges.

The United States Olympic and Paralympic Committee sent out advisories — in September and again in December — warning that communications and online activities could be watched by Chinese monitoring. They also warned that devices could be infected with spyware or malware. So they’re advising Olympic participants to leave their phones at home, and instead pack a burner phone. Plus, they should get familiar with virtual private networks, too.

But these are young adults. And while we hope that most will be aware of the dangers, you know that others will excitedly post images to Instagram, or Facebook, or on a host of other social media sites. Not everyone will be careful. And the Chinese will use such grains of sand to glean more information about their enemy, the United States.

Is this all worth it to participate in the Beijing Olympics?

But, but. . . Boycotting the Olympics Doesn’t Work

People who want the US to participate in the Beijing Olympics point out that we boycotted the 1980 Olympics because of Soviet incursion into Afghanistan. And it didn’t do any good, anyway — the Soviets remained. In the end, Afghanistan finally defeated them, not our boycott.

But the Covid restrictions and the threat of surveillance is a different animal. China will use Covid as an excuse to further humiliate the United States. And they’ll utilize their surveillance state against us in ways which would shock the average American citizen.

Instead, we should remember the canny words of This Guy:

No, we shouldn’t be in Beijing. But political and corporate elite continue to kowtow to China, because the money and influence they can attain through the Beijing Olympics surpasses any loyalty to America.