Next post
Created Equal: The Double Standard of Abortion and Capital Punishment 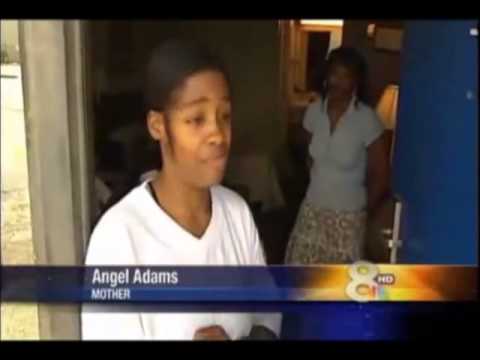 by Catherine Wilkinson in Headlines 11 Comments

I have a love/hate thing going on with the idea of prepping.  I love the variety of canned goods, stacked neatly on a shelf.  I love the boxes of ammo, the rifles and handguns, slowly, purposefully, and methodically gathered over the last 8 years.  I love the new propane generators, the experimenting in the garden, the huge wilderness survival first aid kit, the rolls and rolls of toilet paper and the pounds and pounds of beef and deer jerky.  I love the planning, organizing, counting, saving, dividing, adding, sealing, dehydrating, and target practice.  Almost any excursion to the still-open-and-operating-until-the-looting-commences grocery or big-box store includes some thought about what I will need in the future.   I love being prepared, stocked, locked and loaded as best I can.

On the other hand, I’m resentful that the reason for all this preparedness and extra expense is almost entirely because a corrupt and out-of-control big government can’t get their collective head out of their asses.  I’d be less pissed off if it was an impending alien invasion from another planet – at least we’d be united against a common enemy.  But I’m prepping for an invasion of…American people looting other Americans….who, as we all know, haven’t the slightest idea of how to cope beyond the EBT system going down for a few hours, besides looting and rioting.  Because, you know….they’re “entitled” to everything, including my stuff.  This is EXACTLY where we are in America now.  Getting ready for hoardes of people who can’t take care of themselves because of long-term government entitlements to riot and descend on the rest of America like a plague of locust.

I’m saddened that the most prosperous and innovative nation in the history of the world is now at the miserable stage where mooches, free-loaders, charlatans and willfully ignorant thugs outnumber the working, sensible and willfully intelligent citizens. (I have to make an obvious disclaimer that I am NOT writing about benefits that people earned and paid for or truly needed charity, which by the way, is better administered by private or religious enterprise…not government…I’m talking about….well, you know who I’m talking about)


I’m angry that not only do the working good and decent people of this country have to contend with a media that disparages their desperate concern about the huge debt and out of control spending, the rise of Socialism and all its attendant evils, as well as a Boy-King and an inept Congress content to loll around in their ill-gotten riches and hypocrisy like Caligula and his Senator horse during the end times of Rome, but also must worry about preparing for the onslaught of rioting, looting and food shortages THAT WILL COME.  Those ALL-CAPS I just typed mean business – chaos will come to America in a big and very significantly scary way.  Don’t think so?  I’ll bet you a box of ammo.

I’m hopeful that many of you good people reading this blog are preparing for what is coming at some level or another to the best of your ability, time, resources, and space.  Big, Bloviating and Bloated Government will continue doling out the pay-for-votes goodies, while smugly accusing the very same citizens who foot the bill for ALL OF IT of racism or worse.   At some point, in the not-too-distant future, it all will come to a stop, in a huge cataclysm of debt, spending, immorality, stupidity, within a vacuum of real leadership and responsibility in government.  This cannot last and you cannot count on the government to stop it or help you.  It is NOT in their interest to do either.

You know it and I know it.

Postscript:  Of course, there’s always this.  In that case, nevermind.