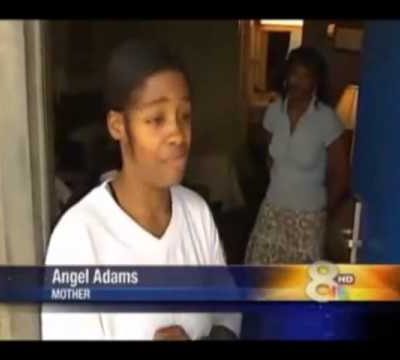 Next post
Andrea Mitchell Is Concerned About The Leaks...But Not The Spying

by Kit Perez in Headlines 16 Comments

When it comes to life and its value, there’s a double standard for liberals and conservatives alike.  What that standard is, however, depends on your abortion position.  The way it works is that if you’re liberal/pro-abortion, then life is all valuable and should be spared, unless you’re a pre-born baby.  The death penalty is cruel and unusual, but sticking scissors into the back of a baby’s head…that’s just “women’s health.”  If you’re conservative, it’s the other way around.  Babies, born or unborn, are sacred lives.  A lot of us are okay with capital punishment, however; some of us are even quite adamant about its use. It’s a point of contention for liberals, who see it as contradictory that conservatives can hold an “Abortion is Murder” sign in one hand while holding a “LET THE KILLER FRY” sign in the other.

So why the difference?  If conservatives claim that all life is valuable, then why are we pro-death penalty?  If liberals are so convinced that life means nothing and can be ended at will, then why are they so willing to foot the bills for convicted violent offenders rather than see them get the needle?  The answer is the same for both sides, and it’s a cold, hard truth.

All life is created equal, but not all life holds the same value to society—and which group holds the most value is dependent on who you ask.
This is not denying the tenets of Christianity, which believes that all people have intrinsic value to God.  This is not claiming that certain lives are worthless and therefore should be eliminated.  This is simply the idea that in terms of societal value, some lives are worth more than others.  Jonas Salk’s life was more valuable to society than Jack the Ripper.  Mother Teresa’s life contributed more to society than Saddam Hussein.

…if you’re conservative, that is.

If you’re a liberal, then guerilla leader and mass murderer Che Guevara is to be lauded.  Gang founder Tookie Williams  and cop killer Mumia Abu-Jamal are to be lobbied for.  Boston Marathon bomber Dzhokhar Tsaernev is to be put on the cover of Rolling Stone magazine as a misunderstood teen heartthrob who just lost his way.  The problem is, all of these men were not people who contributed to society.  They offered nothing.  They were predators, seeing the world and its inhabitants as potential victims.  Their victims were worth more than they are.

Look at this example.  An 87-year-old man was attacked and beaten to death in the driveway of his own home by four teenagers who apparently were in the process of robbing him.  The victim was a World War II veteran who had served as a fireman on a minesweeper ship.  He was someone who had held own a civilian job after the military for 37 years.  He was a widower who had loved his wife and mourned her passing.  He was a person who the town called “Shine” because he was just that kind of guy.  He brought joy to those around him.  The world is a sadder place—at least in his town—since his death.  His life had value.

Contrast that with the four teenagers who killed him.  Their contribution to society was beating an old man and veteran to death in his driveway.  How much are their lives worth to the society they live in?  What will they contribute if allowed to live?  What about child rapists with multiple offenses?  What about kidnappers? Drug kingpins? Murderers?

On the other side of the coin, what about a cancer researcher?  What about someone who spends their spare time with terminally ill patients so they don’t have to die alone?  What about the women who sew adaptive clothing so troops who have lost limbs or suffered other massive injuries can still dress themselves?  What about the mentally disabled child whose innocent, guileless smile lights up a whole room? For some of us, this is why we can support capital punishment from a logical standpoint while staunchly defending the rights of the unborn.  Rapists and murderers are not innocent, and they are not valuable.  In fact, they constitute a threat to society, and as such must be eliminated to protect others.

This is not a defense of euthanasia for those who “stop contributing.”  This is not a treatise espousing the virtues of genocide, or fratricide, or any other kind of -cide.  This line of thinking even agrees that all men are, absolutely, created equal.  Every single citizen, regardless of color or nationality, born in this country is born equal.  But do we stay that way? Or do we ultimately have control over our own value to society?