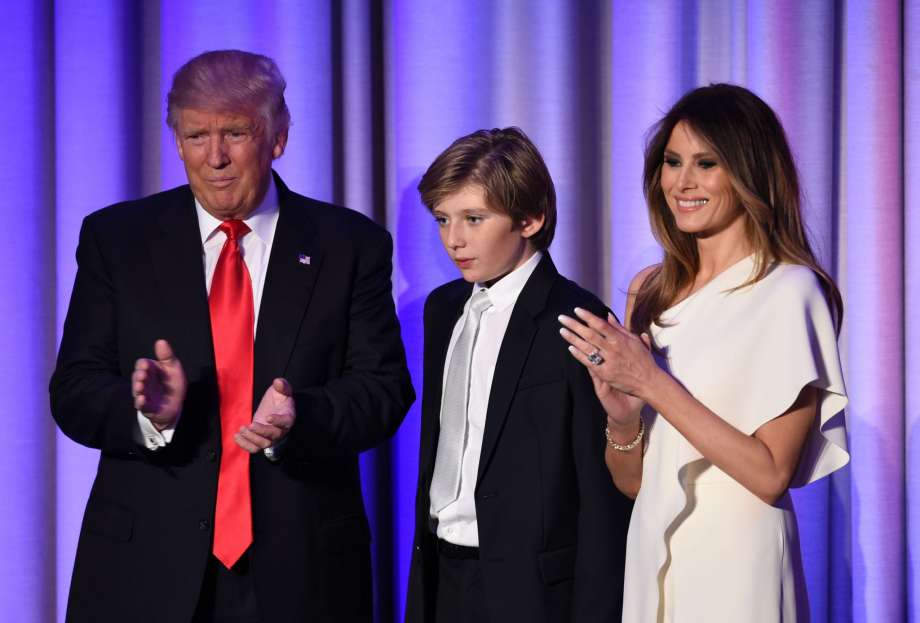 CNN may have finally done the right thing by firing Kathy Griffin for her vile heinous photo shoot that depicted a beheaded President Trump, but the damage to others has already been done.

Barron Trump was watching television Tuesday at home with Melania when Kathy Griffin’s photo appeared on the screen, and his initial reaction was that something terrible happened to his father.
Trump family sources tell us Barron was in front of the TV watching a show when the news came on and he saw the bloody, beheaded image. We’re told he panicked and screamed, “Mommy, Mommy!”
As it was put to us, “He’s 11. He doesn’t know who Kathy Griffin is and the head she was holding resembled his dad.”

Stop and think about this for a minute people. A young boy, seeing a news report regarding Griffin’s vileness, is traumatized. He thought it was REALLY his Dad! 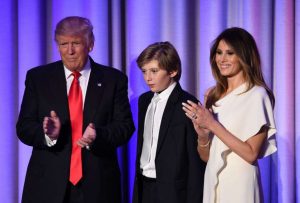 Kathy Griffin should be ashamed of herself. My children, especially my 11 year old son, Barron, are having a hard time with this. Sick!

And the statement issued by Melanie Trump.

First lady Melania Trump calls Kathy Griffin's photo "very disturbing"; "makes you wonder about the mental health of the person who did it." pic.twitter.com/tfVh7OI7Ua

For everyone who is saying, but Trump said stuff! and so it’s just the same… NO. It. Is. Not. There is ZERO comparison to saying stuff or channeling one of the most evil terrorist organizations this world has ever seen just because you don’t like someone!

Sadly, the lack of character of many is on full display. The mockery that ensued towards an 11 year old is mind-boggling, and just as vile as what Kathy Griffin did. Rosie O’Donnell for one:

-was he watching TMZ? do u think he saw anything about these 2 heroic men who died defending young girls? hatred promoted by his father?#USA pic.twitter.com/ss2kWJjGiA

Evidently Rosie decided enough time had passed and maybe Melania Trump won’t threaten to sue her THIS time for saying bad things about her son. If I were Rosie, I wouldn’t take that bet. Meanwhile, others showed both their lack of morals and their cruelty. Be prepared for a rise in blood pressure.

In case you missed it since @PeterSHall got a little feedback, this is why I'm deleting your app. He's talking about a 11 year old. pic.twitter.com/vSgYJwdbIi

I’d say Fandango now has some explaining to do… Meanwhile, exactly WHICH party is the party of hate?

Barron Trump saw a very long necktie on a heap of expired deli meat in a dumpster. He thought it was his dad & his little heart is breaking

Ken Jennings is the author of kids books as well. @simonschuster fully supports his mocking of the President's son https://t.co/AHWBVGzgKb https://t.co/OM2A9NAXXZ

As with Fandango, Simon and Schuster has a PR mess on it’s hands. Folks, that just a very small sampling of the “adults” in the room (and I use the word adult VERY loosely) who thought Barron’s reaction was mock worthy.

Then there is Vox. Seems that they believe the “artistic roots” of what Kathy Griffin did are worth defending and should be explored. Seriously.

"artistic roots?" Are. You. Kidding. Me?! @voxdotcom let's discuss the "artistic roots" of ISIS atrocities shall we? Can you say Terrorism? https://t.co/i6zIPDB15s

Sorry Vox. What Griffin did wasn’t art. It was a specific statement directed completely at President Trump. She thought channeling ISIS would be funny, cute, and get lots of laughs. She thought wrong. Yet Vox and others, including Senator Al Franken (D-MN) are defending her.

From here forward, let no Democrat ever lecture anyone on political civility https://t.co/sp3956SgHH

Agreed. Kathy Griffin was desperate for attention and relevance. Well, this stunt of hers has backfired. It has exposed even further, the hypocrisy and maliciousness of the left and their mockery of Barron Trump makes this all the more despicable, shameful, and vile.