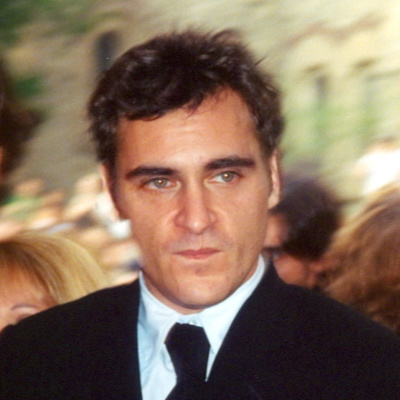 Joaquin Phoenix, an actor, has vowed to wear the same tuxedo for the entire awards’ season. This will, apparently, cut down on waste and save the planet. We know about this vow because designer Stella McCartney, daughter of Beatle, Sir Paul, tweeted this earth-shattering information.

Can you imagine the sacrifice? As these Hollywood denizens exit their chauffeur-driven SUVs, the only thing they have to contribute to the Red Carpet is the answer to, “Who are you wearing?” This actor, Mr. Phoenix, has now lost camera time for the awards’ season. It’s so heartbreaking. Although if his award acceptance speech is any hint, Joaquin is nearly incapable of communication. The evidence:

He HAS to be an actor. Without someone to give him a character to play and lines to speak, Mr. Phoenix has nothing. Shout out to the Hollywood Foreign Press for going plant-based for dinner. Holy rutabaga, Batman!

This was the Golden Globes. The one where Ricky Gervais skewered the politically correct hypocrisy of the audience. And, speaking of the audience, when you watched the video, did you take note of those people? They looked like some episode of Rod Serling’s Twilight Zone. The premise is, in my version of this fantasy episode, a bunch of dead people are dressed to the nines and forced to relive the same night over and over for eternity, never knowing that they are dead, but bored and confused.

Back to the tuxedo. Fashion designer Stella McCartney was so proud of her “winner” friend, Joaquin, that she tweeted her approval. And, Ricky Gervais took notice, as only he can:

That’s nothing. I darn my own socks and you should see the state of my fucking underpants. https://t.co/UYR3cqIsSm

Winner, winner, chicken dinner. Without saying it, Ricky Gervais perfectly captured the out of touch lives these people live. The comments, if you follow the Gervais tweet, are complete platinum. The sad thing is that, like my Twilight Zone fantasy episode, Stella McCartney has no idea that she is barmy.

As far as men’s tuxedos go, that looks like low-end rental to me. I hope Stella gave it to Joaquin for free because it’s no big fashion statement. The fabric doesn’t even look that great. Men’s tuxedos come in three jacket styles: peak lapel, notched lapel or shawl collar. Broad shouldered men can wear a shawl collar. All other men should wear a peak or notched to give their shoulders a broader look. I recommend a notched collar because it will be in style forever. All tuxedos should be black. Period. Paragraph. Full stop.

Here is a link to Stella McCartney’s website. Her men’s jackets don’t look like much either. The prices are outrageous. I could go to Kohl’s and get a whole wardrobe for what she charges for one jacket.

That this actor thinks he is saving the planet by wearing the same tuxedo for the entire awards’ season is just one more reason to never go to a movie theater or watch any streaming platform again. One last thought: will he dry clean it between wearings?

In honor of Ricky Gervais: save the planet. Go commando.