That is until today! Obama will deliver a speech today at Amazon.com in Tennessee, a company that offered  7,000 new high-paying jobs to Americans, introducing what he called [pause for dramatic effect] “The Grand Bargain“.

What Obama is calling the Grand Bargain is a proposal to cut corporate taxes while investing in programs to put more Americans back to work. Gene Sperling, the director of the National Economic Council, put it this way:

Today what he is saying is that he would be willing to go forward with corporate tax reform if it is part of a larger package that includes critical investments in things like infrastructure, manufacturing and innovation hubs and community college training to help close existing and future skill gaps

I have to admit, when I read this, I gave Obama a round of applause. Corporate tax reform? Cutting corporate taxes from 35% to 28% AND offering market incentives to small businesses? Sure, the “innovation hubs” sound like another ambiguous Obama-ism that will probably do absolutely nothing, but the idea that Obama might actually CUT taxes for corporations was probably the highlight of morning. It seemed to me like a great compromise for Republicans, we get some tax reform and Obama gets to invest in community colleges and “innovation hubs” and keep manufacturing on American soil. Doesn’t sound so bad…right?

And then, on my drive to work, I thought about it (a step, which, when it comes to politics, the average Democrat rarely takes). Obama is claiming that this economic policy is two things 1) Grand 2) A Bargain. Guess what? It is actually neither.

Why is it not grand? Well, because this is really nothing new. Obama has always supported corporate tax reform. However, his attempt to fix the problem is superficial and therefore flawed. This tax reform leaves small businesses and American families in the dust. It does not cut taxes for individuals, which many small businesses register as. So, Obama isn’t introducing anything new. He is slapping a new name on his old policy and looking for a headline.

Why is it not a bargain? Well, because this policy does not offer Republicans the comprehensive tax reform that they actually want and it doesn’t touch overburden entitlement programs. Instead, it allows Obama to spend tax money (his favorite hobby) on more infrastructure, manufacturing and community college education while making the small changes to corporate taxes that he already wanted to make. Basically, this policy subscribes to the same tax-and-spend liberal policy that he has relied on all along. However, by labeling it as a bargain and including corporate tax cuts, Obama is making it look like he is compromising with Republicans. He is making it look like he’s trying to break the gridlock in Congress when, actually, he is not proposing anything new. Senate Minority Leader Mitch McConnell summed it up by saying:

While I understand he is looking for headlines here, reports indicate that the policy he intends to announce doesn’t exactly qualify as news

The media, of course, is already jumping on the bargain bandwagon. USA today reported this morning that:

Obama is expected to make one specific offer to congressional Republicans: A cut in corporate tax rates in exchange for new investments in jobs programs.

I’m sorry, no. That is incorrect information. Look at the congressional Republican reaction! None of them are satisfied with the Grand Bargain because it is nothing new or impactful in the area of corporate tax reform (it is not grand) and it simply is Obama’s old policy of spending which offers nothing significant to Republicans (it is not a bargain).

So, although I initially was pleased by what looked like some meaningful tax reform coming from the White House, I quickly retracted my round of applause. Obama is looking for a headline, and he has gotten many. But, Mr. President, headlines don’t help American families or small business. I hope you get a lot of nice photo opportunities on your pointless tour to speak about jobs and the economy while you offer absolutely no new policy to address jobs or the economy. Please enjoy my very sarcastic round of applause.

You may have heard buzz on the internet that a long-fought battle by pedophiles and their psychoanalysts, who desire their demented compulsions be normalized by society as…

END_OF_DOCUMENT_TOKEN_TO_BE_REPLACED

The Dangers of the Insider Threat Program, Part 2

[Note: This series explores the ramifications of the new Insider Threat Program, an initiative ordered by President Barack Obama to identify and stop future leaks and security…

END_OF_DOCUMENT_TOKEN_TO_BE_REPLACED

The Dangers of the Insider Threat Program, Part 1

[Note: This series explores the ramifications of the new Insider Threat Program, an initiative ordered by President Barack Obama to identify and stop future leaks and security…

END_OF_DOCUMENT_TOKEN_TO_BE_REPLACED

I live in Portland, OR so I should (technically) be used to environmentalists who are hypocrites. How are they hypocritical you ask? Well, let’s see many of…

END_OF_DOCUMENT_TOKEN_TO_BE_REPLACED

When will we ever be rid of this scourge?!? He’s acting as his own attorney and accused Fort Hood shooter Major Nidal Hasan, released a statement to…

END_OF_DOCUMENT_TOKEN_TO_BE_REPLACED

The news is out today that Ariel Castro, the slime who kidnapped three women (two of them minors when kidnapped), imprisoned them, and systematically raped and beat…

END_OF_DOCUMENT_TOKEN_TO_BE_REPLACED

Monday was a big day for the British Commonwealth.  A new royal baby boy was born into the British monarchy to the Duke and Duchess of Cambridge…

END_OF_DOCUMENT_TOKEN_TO_BE_REPLACED

Musings on the Texas Abortion Law: Fertility, prosperity and a woman’s right to choose both

With the passage of the 20 week abortion law in Texas last week, the familiar refrain of “feminists” has been front and center in the media -“A…

END_OF_DOCUMENT_TOKEN_TO_BE_REPLACED

As a teen, when other girls had posters of boy bands and the Coreys hanging on their walls, I had my beloved SR-71 Blackbird, an F-18 Hornet,…

END_OF_DOCUMENT_TOKEN_TO_BE_REPLACED

While President Present rattles on about how he could have been Trayvon, and his Merry Gang of Eight continue pushing for amnesty under the guise of “Immigration…

END_OF_DOCUMENT_TOKEN_TO_BE_REPLACED

This story has nothing to do with being gay.  Or being religious.  Or being deeply in debt.  Or unhappy in your marriage.  Or being gay…did I already…

END_OF_DOCUMENT_TOKEN_TO_BE_REPLACED 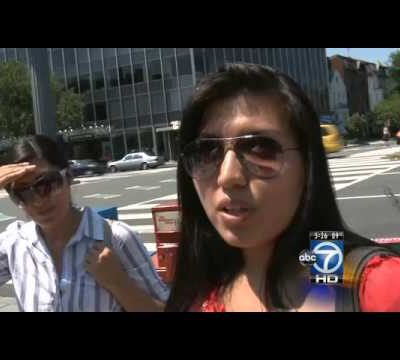 Some are calling it a “1,000,000 Hoodie March“. Yeah, insert eyeroll here. Others, including law enforcement, think its a setup for more violence across the country. Today,…

END_OF_DOCUMENT_TOKEN_TO_BE_REPLACED

About seventy-five miles outside the People’s Republic of Boulder resides the sleepy little town of Deer Trail, Colorado. Home of the World’s First Rodeo, Dear Trail is…