Previous post
Illegal Immigration: The Real Threat to America is Not White-on-Black Crime

Next post
Musings on the Texas Abortion Law: Fertility, prosperity and a woman's right to choose both

by ROS in Headlines 10 Comments

As a teen, when other girls had posters of boy bands and the Coreys hanging on their walls, I had my beloved SR-71 Blackbird, an F-18 Hornet, and a group of penguins with one wearing a purple and green necktie bearing a caption that read “I gotta be me”.

Nadezhda Popova was one of the reasons for that, and the world lost the greatness that was The Night Witch two weeks ago. Nary a whisper was uttered. 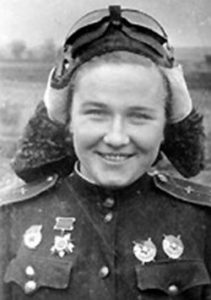 Born in Russia in 1921, Nadezhda exhibited determination and trailblazing tendencies at a young age. At fifteen, she enrolled in a gliding school after a plane landed in a field near her home, immediately instilling in her a love of flight; she made her first parachute jump a year later. In a time when women were expected to adhere to roles mandated as acceptable and appropriate for the “fairer” sex, she graduated flight school at eighteen and became an instructor at nineteen, refusing to give up her passion.

After her brother was killed and her home taken by the Germans in 1941, she did what any self-respecting woman not content with societal dictates would do: she volunteered so she could kill Germans and avenge her family.

And she did – after being rejected initially and the creation of an all-woman unit by Stalin afforded her the opportunity. Mrs. Popova set the record for missions flown in one night by executing eighteen sorties over Poland in 1945, she was shot down on numerous occasions, she was attacked by the Luftwaffe, and she flew rescue and supply missions where she ended up with bullet holes in her helmet. A trailblazer she most certainly was, completing 852 missions throughout her career.

Called the Nachthexen, or Night Witches, because of the speed and stealth with which she and the others in her all-female unit, the 588th Night Bombing Regiment, executed their missions, only flying at night and cutting their engines as they entered radar coverage, the Germans were convinced they must be witches or forces of evil.

To say that I hold reverence for Nadezhda Popova would be an understatement, and I am immensely saddened not only by her death, but that more people do not know of her and her faits accompli. So while others are mourning Helen Thomas, cooing over the royal spawn, and arguing over who’s least racist, I pay homage to Nadezhda Popova, The Night Witch who gave a little horse-loving river chick a bit more courage when others said something was impossible. 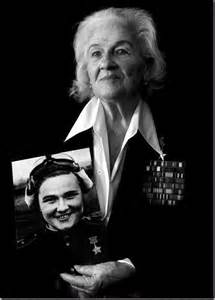