Next post
Man Claims That Being Gay Made Him Abandon His Family For....16 Years 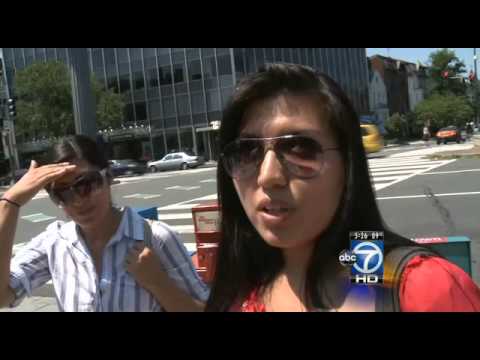 Some are calling it a “1,000,000 Hoodie March“. Yeah, insert eyeroll here. Others, including law enforcement, think its a setup for more violence across the country. Today, in over one hundred cities across the United States, the National Action Network, founded by perpetual race-baiting hustler, Al Sharpton, is organizing “Justice for Trayvon” vigils in an effort to press the federal government to investigate civil rights charges against George Zimmerman. Given what Barack Obama said yesterday about Trayvon, they may have some success.


Watch the video above. Al Sharpton and some of his shameless activists are stoking the racism fires by willfully ignoring and setting aside the verdict of George Zimmerman, the man found not guilty by a jury of his peers in the very community where the incident occurred. But, hey, what else is new?

Claiming racism is the only thing that keeps Al Sharpton relevant.
_____

Teach at Pirate’s Cove is blogging about “Bummer: Satellite Records Still Not Following UN IPCC Prognostications.” You’d think the Warmists would get it by now. 🙂

The Other McCain has many good blog posts up including this one by Stacy on “Also, You’re Not Cynical Enough.”

ST at Sister Toldjah has up a post on “Can’t make it up: Liberals accuse *conservatives* of overuse of the race card.”

Dan at Gay Patriot has up an interesting blog post on “Gay Left Groups Ask For “Justice for Trayvon Martin.”

Emily at NakedDC has a blog post up on “White House to Detroit: You’re pretty much on your own.”

Dana at The First Street Journal has up a great post called “Rule 5 Blogging: If it ain’t rainin’, it ain’t trainin’!” 🙂

Uncle Jimbo over at Blackfive has up a post called “Obama misarticulates self defense & stand your ground.” Awesome.

Max at MaxRedline has up a great post called “Wow. She’s Going To The Boss.” And no. Not that Boss.

Jammie at Jammie Wearing Fools has up a post on “Doctor diagnoses female patient with a painful case of ‘ghetto booty’: complaint.” What??!?

This Ain’t Hell has a bunch of great posts up today including this one by Jonn called “Wittgenfeld’s happy dance.”

As always, Michelle Obama’s Mirror has up a terrific blog post called “If Obama were a Kardashian, Which Kardashian Would He Be?” SNORT!

American Power also has up this blog post on “Australian Scientists Develop ‘Invisibility Suit’ to Protect Surfers From Sharks.” THIS is ridiculously cool.

Dan Riehl has up a terrific blog post up at Riehl World View on “Trayvon Martin: The Teachable Moment That Never Was.”

Three Sure Things of Life has up a great post called “Beware The Wrath of A Patient Man.”

Jazz Shaw has a great blog post up at Hot Air on “Witness: Manning had “no allegiance” to country, flag “meant nothing to him.”

and finally, Ace at AoSHQ has this up on “Left Unexpectedly Declares Obama’s Latest Speech on Race “Lincolnesque.” Read the comments. 🙂