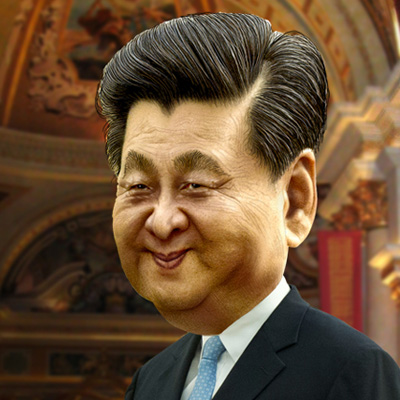 Rumors have been swirling out of Indian social media that Chinese President Xi Jinping may be under house arrest. As of this writing, American media has largely ignored this, perhaps because these are, after all, just rumors. Or perhaps it’s because major US media has corporate ties with Beijing. Who knows?

How the Xi Jinping Rumors Started

The rumors began, however, not through Indian social media, but through a Twitter post by Jennifer Zeng, contributor to the Epoch Times. She had noticed a line of Peoples Liberation Army vehicles some 80 km long traveling to Beijing. Zeng also posited the rumor about Xi Jinping being under house arrest.

#PLA military vehicles heading to #Beijing on Sep 22. Starting from Huanlai County near Beijing & ending in Zhangjiakou City, Hebei Province, entire procession as long as 80 KM. Meanwhile, rumor has it that #XiJinping was under arrest after #CCP seniors removed him as head of PLA pic.twitter.com/hODcknQMhE

New rumour to be checked out: Is Xi jingping under house arrest in Beijing ? When Xi was in Samarkand recently, the leaders of the Chinese Communist Party were supposed to have removed Xi from the Party’s in-charge of Army. Then House arrest followed. So goes the rumour.

“Of direct concern to us here in India. Many Flights to Lhasa Gonggar are also being cancelled. We have to see if there is an uptick in military air traffic over the Tibetan plateau or not.”

The Tibetan plateau is a hot spot between China and India, where the two countries have engaged in a military stand-off for the past two years.

An IT professional in India also posted this image from Flightradar.com: 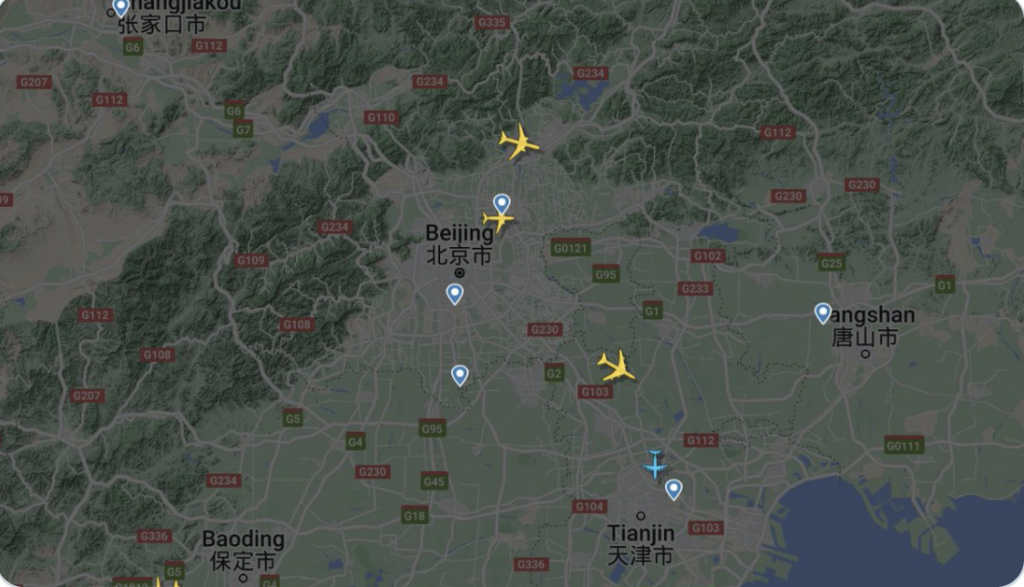 Indian media also pointed out that while Xi attended the summit of the Shanghai Cooperation Organisation in Uzbekistan last week, he kept a low profile. Plus, he did not engage in one-to-one meetings with Vladimir Putin nor with Indian Prime Minister Narendra Modi.

Speculation is also buzzing that Xi left the SCO meeting hurriedly after he heard whispers of an internal coup within the Chinese Communist Party. He also told Putin that he could not attend their planned informal dinner due to Covid concerns.

Hold On — Not Everyone Believes the Rumors

Some China-watchers wave off these rumors — Xi Jinping is merely complying with China’s strict Zero Covid Policy and is keeping himself in quarantine.

Then there’s China expert Aadil Brar, who also tweeted that there’s nothing to see here. It’s business as usual in China.

Political activities in Beijing are as usual. Latest Xinwen Lianbo.

So quaint for a "coup". pic.twitter.com/rNYnwI35Zn

“Xi is most likely in quarantine after coming back from SCO. There is no coup. Looks like a lot of alt-media in India picked up the rumour.”

He also threw shade at reporting from Jennifer Zeng and the Epoch Times:

Since the rumours have raised questions about the source of the chatter. People should read this old article about how Falun Gong-backed media functions and creates their own narratives from the US and elsewhere. https://t.co/PAIuQ2Ck2d

Meanwhile, here in the US, China-watcher Gordon Chang at conservative Newsmax thinks that Xi Jinping isn’t under house arrest, either. However, something is definitely brewing in China, he says.

What is Going On with Xi Jinping?

Short answer: No one really knows.

First, the Epoch Times is strongly anti-China, due to the Times’ roots in Falun Gong, a religious practice which the Chinese Communist Party has outlawed. The CCP has also persecuted Falun Gong practitioners, even harvesting their organs.  So yes, they definitely have an axe to grind, and are eager to report on any possible coup against Xi Jinping.

As for India: that nation despises China, especially since both nations have clashed in the Himalayas.

On the other hand, Aadil Brar also seems suspect in his waving off of any problems in China. A cursory look at his Twitter feed and some of his past articles show a definite pro-Beijing bias. And, as author and attorney Michael Senger has shown at his Substack and in his book Snake Oil: How Xi Jinping Shut Down the World, the Chinese Communist Party are masters at using outside media for their benefit.

But who knows what’s going on in Beijing? Is it too much to hope that a coup can remove Xi Jinping from power?

Meanwhile, keep your eyes on Russia and Iran. And pray that those people can soon emerge from under the shackles of Vladimir Putin and the Ayatollah Khamenei.