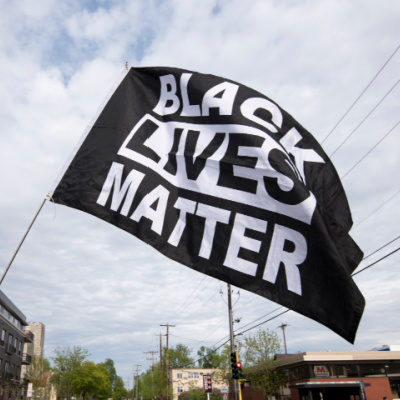 Wuhan, we have a problem. And because this is the glorious People’s Republic of China, we can’t get a straight answer.

As the narrative has shifted away from “bat soup” as the cause for COVID-19 being set loose on the world, suddenly, the explanation that some wanted to explore – namely, that COVID-19 may have started in a lab, and then escaped – has become allowed again in the public square. Remember, social media was outright BANNING CONTENT that even speculated on that possibility. Senator Tom Cotton was dismissed as a tinfoil hat wearing conspiracy theorist for bringing it up. Now, he looks like a freaking oracle.

Now, thanks to the Wall Street Journal, we have a possible idea of how COVID-19 may have grown the legs it needed to leave the Wuhan Virology Institute.

Three researchers from China’s Wuhan Institute of Virology became sick enough in November 2019 that they sought hospital care, according to a previously undisclosed U.S. intelligence report that could add weight to growing calls for a fuller probe of whether the Covid-19 virus may have escaped from the laboratory.”

The details of the reporting go beyond a State Department fact sheet, issued during the final days of the Trump administration, which said that several researchers at the lab, a center for the study of coronaviruses and other pathogens, became sick in autumn 2019 “with symptoms consistent with both Covid-19 and common seasonal illness.”

November 2019 is roughly when many epidemiologists and virologists believe SARS-CoV-2, the virus behind the pandemic, first began circulating around the central Chinese city of Wuhan, where Beijing says that the first confirmed case was a man who fell ill on Dec. 8, 2019.”

The Wuhan Institute hasn’t shared raw data, safety logs and lab records on its extensive work with coronaviruses in bats, which many consider the most likely source of the virus.”

Funny, how as time has passed, the official Chinese Communist Party line has begun to crumble. Even the WHO, after first dancing around the lab leak theory thanks to toadies like Peter Daszak during the initial investigation, is now serious (at least, as serious as they can be with China pulling their political strings) about investigating the lab leak. The Wall Street Journal has now followed up with another potential origin story that would explain where the source material for COVID-19 came from and how the Wuhan Virology Institute came to have it. It begins in an abandoned copper mine filled with bat poop.

In April 2012, six miners here fell sick with a mysterious illness after entering the mine to clear bat guano. Three of them died.”

Chinese scientists from the Wuhan Institute of Virology were called in to investigate and, after taking samples from bats in the mine, identified several new coronaviruses.”

Now, unanswered questions about the miners’ illness, the viruses found at the site and the research done with them have elevated into the mainstream an idea once dismissed as a conspiracy theory: that SARS-CoV-2, the virus that causes Covid-19, might have leaked from a lab in Wuhan, the city where the first cases were found in December 2019.”

Knowing how the WIV was working on bat coronavirus and working on “gain of function,” and their top scientist on the project, Shi Zhengli – who was known as the “bat woman” for her work on these coronaviruses – was involved, the WSJ has tried following the limited chain of information that has dribbled out of China about this 2012 illness.

That research was led by Shi Zhengli, the WIV’s leading bat coronavirus expert. When the results were published in 2016 in the journal Virologica Sinica, few scientists paid attention to RaBtCoV/4991. It didn’t appear to be closely related to SARS. It came from an abandoned mineshaft, said the paper, which made no mention of the miners who fell sick there.”

Only after the Covid-19 pandemic began did it become more significant. In February 2020, Dr. Shi and her colleagues published a paper in the scientific journal, Nature, revealing the existence of a virus called RaTG13. Sequencing had revealed it was 96.2% similar to SARS-CoV-2 genetically, making it the closest known relative to the pandemic virus.”

After repeated requests by scientists to clarify the issue, Dr. Shi said that the two viruses were one and the same. She updated her paper in Nature in November to reflect that and include details about the sick miners.”

The virus had been renamed to reflect the bat species, its location, and the sampling year, she said.”

She also revealed that the WIV retested samples from the miners and established that they weren’t infected with SARS-CoV-2. And she disclosed that her team subsequently had found eight other SARS-type coronaviruses in the mine.”

On Friday, after repeated requests from scientists to share the genetic sequences of the viruses, Dr. Shi and colleagues released a scientific paper on a preprint server, meaning that it has yet to be peer-reviewed. The paper said the eight were almost identical to each other and only 77.6% similar to SARS-CoV-2, although one part of their genetic code was a 97.2% match. “Albeit there is a speculation claiming the possible leaking of RaTG13 from lab that caused SARS-CoV-2, the experiment evidence cannot support it,” the paper said.”

Many scientists question why the WIV didn’t announce the existence of those viruses earlier, as well as their connection to the mine, and why they waited so long to allow scientists to examine their sequences. Such information about the types of coronaviruses that were circulating is critical in the search for the pandemic’s origins, they say.”

Some have noted that Dr. Shi has repeatedly asserted that the Mojiang miners had a suspected fungal infection, not a virus, contradicting research papers at the time and Dr. Shi’s update in Nature, which said the miners were thought to have a virus.”

Huh, this doesn’t sound like “bat soup” or “the United States Army planted this virus on us” at all, does it? In fact, this ball of contagious bat guano has been gaining in size and strength long enough that even Dr. Anthony Fauci is realizing that he’s about to be smeared with it.

“There’s a lot of cloudiness around the origins of COVID-19 still, so I wanted to ask, are you still confident that it developed naturally?” PolitiFact’s Katie Sanders asked the nation’s top infectious disease expert in an event, United Facts of America: A Festival of Fact-Checking event.”

“No actually,” Fauci, director of the National Institute of Allergies and Infectious Diseases (NIAID) said, around 12 minutes into footage of the event, which was held earlier this month but overlooked by most media outlets. “I am not convinced about that, I think we should continue to investigate what went on in China until we continue to find out to the best of our ability what happened.”

“Certainly, the people who investigated it say it likely was the emergence from an animal reservoir that then infected individuals, but it could have been something else, and we need to find that out. So, you know, that’s the reason why I said I’m perfectly in favor of any investigation that looks into the origin of the virus,” he continued.”

Looks like someone is trying to change his tune… again. Good Lord, when are we going to stop listening to this guy???
Oh, and beware of media outlets deciding to do some retconning so they don’t look like complete fools.

Some of the stealth edits that Vox made to its article debunking "conspiracy theories" that Covid-19 originated in a lab leak between its original publication in March 2020 and now. pic.twitter.com/RYxZ2B81mc

Even the Biden White House doesn’t want to have to talk about the lab leak. (Bonus video of CNN mocking Donald Trump for pushing for information on a lab leak.)

WH’s Psaki on growing evidence Covid escaped from a Chinese lab: We want a WHO-driven investigation, not a U.S-led probe:

"We have repeatedly called for the W.H.O. to support an expert-driven evaluation of the pandemic's origins" pic.twitter.com/XQlUws9Ndd

First, are we really willing to trust whatever the WHO tells us? That’s a joke. Second, are we really going to trust what China tells us? Also a joke. The Biden White House doesn’t want real answers, because if the truth is that the WIV was tinkering with a virulent strain of bat coronavirus that it picked up to play with in 2012, then lost control of it in the lab, which sickened researchers and sent them to the hospital, thereby toppling the first domino in the line, then we might have to confront China about that. Biden is in no position to confront China. He’s in no position to do much of anything. The entire reason he was elected was because he was not Trump. Congratulations, America – you got what you wanted, and then some.

UPDATE 6:05 PM ET
True to form, Dr. Fauci would like it on the record that he knows nothing, NOTHING.

Dr. Fauci said that does not mean he believes the virus first emerged in a lab, as some have suggested.

He does not know anything about the three researchers at the Wuhan lab who sought hospital care in November 2019 as reported by the WSJ.

I think we all knew that, but thanks for the confirmation, Dr. Flip-Flop.