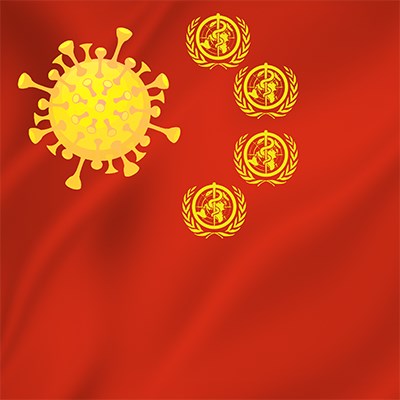 We may never know with absolute certainty where the COVID-19 virus actually started, and the fault for that can be laid in two places.

One, with China, for deliberately covering up and destroying evidence, and making sure the Western world never gets close enough to look. And second, with an incurious media that is willing to simply accept what “experts” say, or what China says, without doing more critical research. This was the pattern for the “60 Minutes” segment last night, done by Lesley Stahl, featuring the arguments about the origins of COVID-19.

The competing theories are thus in a nutshell: lab leak at the Wuhan Institute of Virology, natural zoonotic crossover through wet markets, or intentional lab release. China, naturally, decided long ago that this wasn’t their fault, and has repeatedly tried to shift the blame elsewhere – even suggesting at one point that the United States Army must have planted the virus in Wuhan. But that doesn’t come up, and neither does the fact that China forced the doctors who were the first COVID whistleblowers into recanting, in an attempt to hush everything up.

In short, “60 Minutes” did almost zero journalism or research here. Lesley Stahl merely let her interviewees talk, asked them the most basic of questions, and presented no new evidence, no skepticism of the answers being given, and no follow-up data. For someone who has been on “60 Minutes” since 1991, Stahl doesn’t seem to do much actual journalism here. Her version of journalism, after 30 years on the job at “60 Minutes” is to basically narrate the piece and film reaction shots.

“No… whoa,” and the eyes widen. That’s what passes for journalism on “60 Minutes” these days.

And as to the actual substance of the interviews? Well, Stahl brings in two critics of the WHO and China (former Clinton National Security Council official and WHO advisor Jamie Metzl, who is in the video clip above, and Trump deputy National Security Advisor Matt Pottinger), and one WHO and China-linked suck up. The suck up involved is one Peter Daszak, who had financial and research ties to the Wuhan Institute of Virology and got rightfully excoriated for being named to the WHO’s team of investigators when they traveled to Wuhan. Daszak defends himself to Stahl this way:

Peter Daszak: I’m on the WHO team for a reason. And, you know, if you’re going to work in China on coronaviruses and try and understand their origins, you should involve the people who know the most about that. And for better or for worse, I do.”

He says the team did look into the leak theory during a visit with lab scientists and deemed it ‘extremely unlikely’.”

Lesley Stahl: But you’re just taking their word for it.”

Peter Daszak: Well, what else can we do? There’s a limit to what you can do and we went right up to that limit. We asked them tough questions. They weren’t vetted in advance. And the answers they gave, we found to be believable– correct and convincing.”

Peter Daszak, a member of the WHO-led inquiry into the origins of the COVID-19 virus and expert on coronaviruses, says the team looked into the theory that the virus originated in an accidental lab leak, but deemed the theory “extremely unlikely.” https://t.co/4RhcMEZcbc pic.twitter.com/uZY3fNhPT3

Daszak also insists that his special Chinese scientist friends would never, EVER try and deceive their buddies at the WHO. *cough*bullshit*cough*

Lesley Stahl: Were there Chinese government minders in the room every time you were asking questions?”

Peter Daszak: There were Ministry of Foreign Affairs staff in the room throughout our stay. Absolutely. They were there to make sure everything went smoothly from the China side.”

Lesley Stahl: Or to make sure they weren’t telling you the whole truth and nothing but the truth–”

Now, if Lesley Stahl hadn’t been dialing this entire segment in, she might have pointed out that the Washington Post broke the story almost a year ago that the Wuhan Institute of Virology had significant lab safety flaws dating back to 2018.

In January 2018, the U.S. Embassy in Beijing took the unusual step of repeatedly sending U.S. science diplomats to the Wuhan Institute of Virology (WIV), which had in 2015 become China’s first laboratory to achieve the highest level of international bioresearch safety (known as BSL-4).”

What the U.S. officials learned during their visits concerned them so much that they dispatched two diplomatic cables categorized as Sensitive But Unclassified back to Washington. The cables warned about safety and management weaknesses at the WIV lab and proposed more attention and help. The first cable, which I obtained, also warns that the lab’s work on bat coronaviruses and their potential human transmission represented a risk of a new SARS-like pandemic.”

“During interactions with scientists at the WIV laboratory, they noted the new lab has a serious shortage of appropriately trained technicians and investigators needed to safely operate this high-containment laboratory,” states the Jan. 19, 2018, cable, which was drafted by two officials from the embassy’s environment, science and health sections who met with the WIV scientists.”

The author of the Washington Post piece, Josh Rogin, pointed out some missing pieces in the “60 Minutes” reportage.

Overall, this @60Minutes piece is not bad, just in that it presents the lab accident theory as plausible & admits there is circumstantial evidence. That means the conventional wisdom has shifted & the conflicted WHO investigators no longer control the narrative.

It is very true that multiple scientists, including former CDC Robert Redfield, give a lot more credence to the lab leak theory than say, the WHO does. The WHO, of course, we know is seriously compromised when it comes to China, and China has zero interest in pursuing the lab leak theory.

Good thing that the WHO is willing to not press China too hard about this virus they unleashed on the world, intentionally or not, and that Lesley Stahl is so bored with her “60 Minutes” job that she isn’t willing to dig any deeper in interviews or in researching for her news packages. Rogin believes that the “60 Minutes” piece is signaling a shift in the narrative. It might be, but it isn’t one that the Biden administration is going to aggressively push China on. We have no answers, no political will to demand those answers, and no curiosity driving anyone in the mainstream media to find any answers.