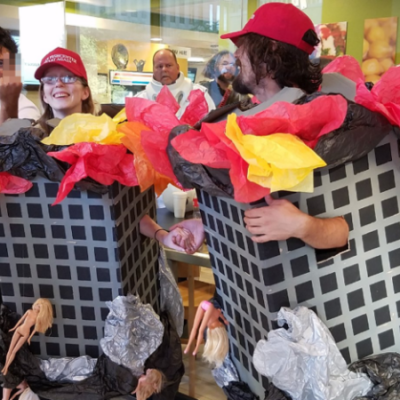 Will The Democrats Ever Say NO To Hillary? [VIDEOS] 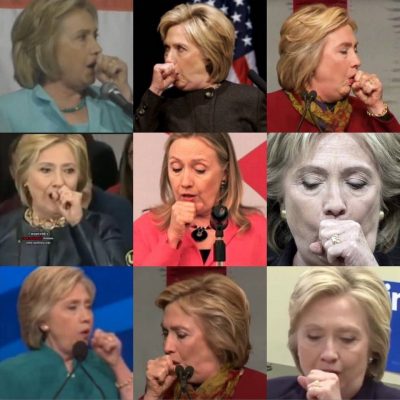 Will The Democrats Ever Say NO To Hillary? [VIDEOS]

This quote from John Galt’s speech to the nation in Ayn Rand’s “Atlas Shrugged” says a great deal about this years election cycle.

“-when you see that money is flowing to those who deal, not in goods, but in favors—when you see that men get richer by graft and by pull than by work, and your laws don’t protect you against them, but protect them against you—when you see corruption being rewarded and honesty becoming a self-sacrifice—you may know that your society is doomed.”

Very apt quote in light of this timely article, “Dems lack moral courage on Hillary.” Marc Thiessen starts by pointing out what we all know; many Republicans have flown the coop and are voting for anybody but Trump for President. Meanwhile Democrats continue to march off the cliff for Hillary. WHY? Seriously, WHY?

Here we have a woman who gets $300K for a 30 minute speech and no one ANYWHERE has ever seen a transcript or video.  The silence of those who were at those speeches lends tacit support to someone they KNOW is corrupt. WHY?

Hillary Clinton blatantly ignored all briefings that she signed off on regarding information security and the specific guidelines regarding how to handle classified intel. Instead she set up multiple servers, multiple emails, and waived any kind of genuine IT security. National security be damned. Democrats support her even though they KNOW she was in the wrong on this. WHY?

The Clinton Foundation is truly a pay to play money grubbing power scheme. Donors from all over the world funneled money into Bill and Hillary’s personal pockets all so they could get meetings, get a piece of the uranium pie, set up a Russian Silicon valley, land a few jobs, and more. Democrats KNOW this was morally, ethically and legally wrong. Yet they are still funneling cash and votes her way. WHY?

Emails marked with all kinds of top secret classifications keep appearing even though servers were wiped with BleachBit. Of the 13 or more Blackberries and iPads, several have disappeared and we find out that staffers destroyed others with a hammer!

Yet Democrats shrug their shoulders and will head to the voting booth and mark H for Hillary come November. WHY?

Tim Kaine fails miserably at his attempt to defend Hillary’s extraordinarily mind-boggling explanation about thinking that (C) meant alphabetizing paragraphs rather than the fact that it stands for Confidential or Classified.

Yet Kaine and all the other Democrats are with her. WHY?

Its been verified by the FBI that her bathroom severs were most definitely hacked by hostile actors from other nations. Information critical to the national security of this country left hanging in the breeze on unsecured servers. Information that is now in the hands of people who are not our friends. Yet the Democrats shrug and say ‘nothing to see here, move along.’ WHY?

Democrats write fawning op-eds in support. They willingly point fingers of blame at Republicans for the same types of wrongdoing. They throw the book at the wrongdoers they designate as the scapegoat of the day. So why won’t they do the same when it comes to Hillary, or if they do, they immediately recant. WHY? 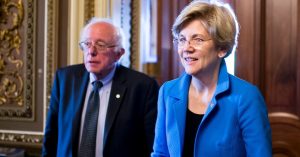 As Sen. Ben Sasse (R., Neb.) has said of Trump, “I can’t support someone that I don’t think would take the oath of office in good faith.” Will even one Democrat stand up and say the same of Clinton?

The answer is: NO. Democrats will never stand FOR the United States and AGAINST Hillary, chiefly because they’ve sacrificed all sense of honesty, integrity, honor, and duty to this country. Instead they willingly chase after the dubious rewards of corruption; and in doing so we face electing one of the most morally bankrupt President’s ever. This is not what our Founders envisioned. Not by a long shot. 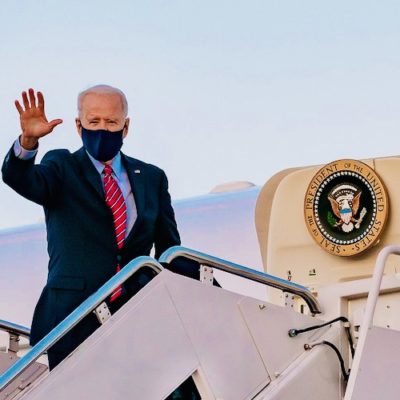