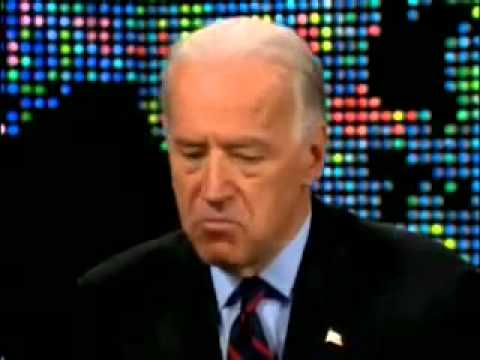 The trouble in Iraq has been brewing for months, and the Obama administration chose to ignore it.  As some of my fine colleagues have pointed out, Barack Obama was so desperate to end the war in Iraq and remove all of the American troops there, that he simply cut off diplomatic pressure to make sure that what is now happening was inevitable.  It was more important that he get to declare “promise kept” and send out flashy tweets.

Plus, Joe Biden was sure that “Iraq would be one of the great achievements of this administration.”

So, they ignored the warning signs…. even though their favorite medium, Twitter, gave them plenty of warning.

For those still skeptical that ISIS didn’t have a plan or weren’t aiming for anything. From two months ago: pic.twitter.com/Qi7je9nrY2

And now… reports are that ISIS (Islamic State of Iraq and the Levant), an Al Qaeda group backed by Sunnis, is moving to within 100 miles of Baghdad.  If Baghdad is seized by ISIS, we can look forward to the establishment of a radicalized Sunni Islamic state in a country where 4,486 American troops died, and so many were maimed or injured.

As veterans of that war watch Iraq fall apart into sectarian violence and see the resurgence of Al Qaeda, they are now forced to ask – why?

Three Republican congressmen who served in Iraq—Scott Perry of Pennsylvania, Doug Collins of Georgia, and Brad Wenstrup of Ohio—said it feels like the progress they made has been thrown away.

“Going out across the desert I remember the feelings that you have, wondering if you’re going to make it out alive,” Perry said. “Right now I wonder what that was all about. What was the point of all of that?”

But let’s not worry.  I’m sure the Obama administration has their top people working on what is surely a gigantic foreign affairs crisis.

Show your love of our oceans! Join our #thunderclap and spread the word about protecting our oceans. http://t.co/SaKt0Zsz6s #OurOcean2014

Oh, don’t worry, they took care of Iraq a few days ago…

U.S. condemns assault on #Mosul, stands with the people of #Iraq. http://t.co/rMXT0RE5eR

See?  TOTALLY done.
And don’t worry, our ambassador to the UN has done her part, too.

Strongly condemn attacks in Mosul by the Islamic State in Iraq and Levant (#ISIL), and its efforts to turn back clock on #Iraq's progress.

Well, crisis averted, then!  ISIS got their hands slapped on Twitter and were told to take a time-out.

Those who refused to learn from history have doomed us all to repeat it.