Next post
AOC Cries For The Camera, Plays Politics With Vote 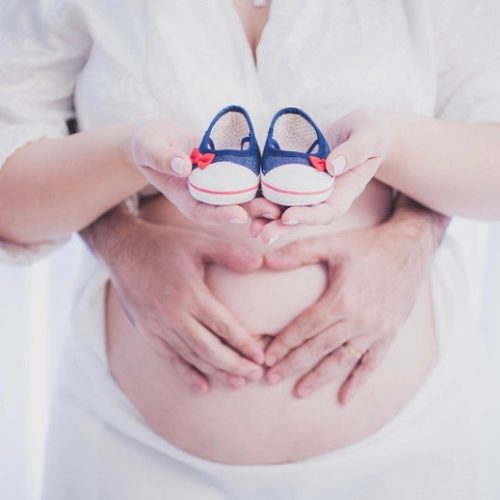 In response to attempts to restrict abortion access, the House passed the pro-abortion Women’s Health Protection Act (WHPA) in a 218-211 vote yesterday.

The White House-backed bill, which prevents both the federal government and state governments from enacting or enforcing “any law, rule, regulation, standard, or other provision having the force and effect of law that conflicts with any provision” of the act and offers up some new, nuanced language:

Reproductive Justice is a human right that can and will be achieved when all people, regardless of actual or perceived race, color, national origin, immigration status, sex (including gender identity, sex stereotyping, or sexual orientation), age, or disability status have the economic, social, and political power and resources to define and make decisions about their bodies, health, sexuality, families, and communities in all areas of their lives, with dignity and self-determination.”-WHPA

Yes, you read that correctly. Cisgender women, transgender men (who are women biologically-speaking), non-binary individuals (who may also be women but identify as otherwise), those who identify with a different gender, and others can get pregnant and subsequently get abortions now even though:

Our daughters and granddaughters deserve the same rights that their mothers and grandmothers fought for and won—and that a clear majority of the American people support. We will not allow this country to go backwards on women’s equality.”-WHPA

The verbiage is maddening, to say the least. In one breath, WHPA insists upon not stereotyping women as women because only women can get pregnant and even if you identify as a male, if you are pregnant, you are indeed a woman. In the next breath, the WHPA harkens back to “our daughters and granddaughters” and “mothers and grandmothers”. Which is it, guys?

If the woke is not palpable enough in this bill, let us not forget to throw race in here as well:

Reproductive justice seeks to address re- strictions on reproductive health, including abortion, that perpetuate systems of oppression, lack of bodily autonomy, white supremacy, and anti-Black racism. This violent legacy has manifested in policies includ- ing enslavement, rape, and experimentation on Black women; forced sterilizations; medical experimentation on low-income women’s reproductive systems; and the forcible removal of Indigenous children. Access to equitable reproductive health care, including abortion services, has always been deficient in the United States for Black, Indigenous, and other People of Color (BIPOC) and their families.”-WHPA

Want to talk “experimentation on black women”? Let’s drag up the dreaded Margaret Sanger once again because, why not? Her “layered and complex” views, included speaking with the Ku Klux Klan back in her day. The woke wants us to forget this history, to whitewash it. They do not want us to forget that, however, if we are white and of European descent, we must be racist and must atone for our misgivings. When it comes to aborting babies and the movement that began with a white woman wanting to ween out the “less desirables” of society, the left whitewashes as well. Dollars upon dollars go to fund abortions at the organization founded by this racist woman whose name is Margaret Sanger. All in the name of “equitable reproductive healthcare”, they say. Want to talk “accessibility”? Let’s talk about where most Planned Parenthood clinics are located. I would say clinics are quite “accessible” in these neighborhoods.

Back to more WHPA woke language…that’s if you can handle anymore:

Abortion-specific restrictions are a tool of gender oppression, as they target health care services that are used primarily by women. These paternalistic restrictions rely on and reinforce harmful stereotypes about gender roles, women’s decision- making, and women’s need for protection instead of support, undermining their ability to control their
own lives and well-being. These restrictions harm the basic autonomy, dignity, and equality of women, and their ability to participate in the social and economic life of the Nation.”-WHPA

Again, I cannot speak to something I do not know of. I am not including women who are victims of rape or incest in this conversation because, clearly, those incidents of unwanted pregnancy differ from people such as this:

That was actress, Martha Plimpton. A white woman who grew up in an affluent family and went to private schools in New York City as a child of two actors. She’s a devout vegetarian who won’t eat meat but gladly killed a child…or two. But her “best abortion” was in Seattle.

These are the people promoting this movement. Well-to-do white women who haven’t the foggiest notion of what it is to suffer all of this gobbledegook written in the WHPA and the verbiage shows. They will gladly put their children on the front lines to display their wokeness in a full-on display of detachment and hypocrisy. But alas, the WHPA will swoop in to the rescue of women who view these paternalistic restrictions as a detriment to their health and who “reinforce harmful stereotypes” about gender roles and decision making and protection and support.

Ladies, you want to not be a stereotype? Don’t be a Martha Plimpton. Make good decisions that will not be a “detriment” to your health or financial well-being by perhaps not doing anything that is going to result in the consequences of a pregnancy if you are not ready. And, don’t even get me started on protection! (Use it.) And, for crying out loud, if you’re a trans-female-to-male and you happen to get pregnant in this process of transition, I do not know what else to tell you besides perhaps this is the reality of your biological makeup staring you right in the face. You’re still a woman.

Go ahead, call me a hater. We need to start living in reality. To those not living in this reality, the WHPA has you covered. All guys, gals and non-binary pals…abortions for all. Isn’t this country great?