Previous post
Kamala Harris And COVID Show Up On The View 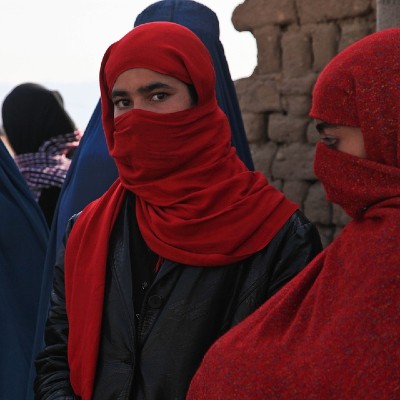 Absolutely everything about the withdrawl from Afghanistan has turned into a disaster.

At this point, one would be hard-pressed to find something that had gone right. We all know the awful details of leaving Americans and greencard holders and SIV holders behind, and the horrific day when 13 servicemembers were murdered along with 170 Afghan people who were desperate to leave. There was simply nothing good about how the withdrawl went, except for the Afghan refugees that we DID manage to get out.

But now, even that seems to be a colossal screw-up. We left so many SIV holders behind – so WHO, exactly, is now in the United States, living here as an Afghan refugee, that probably should not have come here at all? Secretary Mayorkas made a shocking admission on Wednesday about who exactly got into the country, and it should make absolutely no one happy.

During a virtual hearing with the Homeland Security Committee focused on “Worldwide Threats to the Homeland: 20 Years After 9/11,” Homeland Security Secretary Alejandro Mayorkas revealed that out of the 60,000 Afghan nationals evacuated during the chaotic withdrawal of troops, approximately 7 percent are US citizens, around 6 percent are lawful permanent residents and roughly 3 percent hold Special Immigrant Visas (SIVs).”

The remainder are a combination of SIV applicants whose applications have not been finalized, locally employed staff, journalists, human rights activists and other vulnerable Afghans who would qualify under refugee status.”

When you do the math, that means only 16% of the people, American or Afghan, who were evacuated, had any right, background check, or clearance to be here AT ALL.

We had already heard about the Afghan men who brought their child “brides” with them, and the ones who had been flagged as having possible terror connections, which apparently included people who had been deported once already. Now, we are hearing about Afghan men who are committing crimes now that they are here.

First, we have two Afghan men who were arrested at Fort McCoy in Wisconsin, and indicted on federal charges this last Wednesday – one for sexual assaults on minors, and one for domestic assault.

The indictment specifically alleges that Noori touched the genitalia of one of his victims on three separate occasions while at Fort McCoy, an Army installation located approximately 100 miles northwest of Madison. One of the alleged assaults occurred in a barrack, while the other two took place in a bathroom.”

The second indictment charges 32-year-old Mohammad Haroon Imaad with assaulting his wife on Sept. 7 by strangling and suffocating her. A complaint states that Imaad’s wife claimed to soldiers through an interpreter that her husband had also struck their children on “multiple occasions” and alleged that he “beat me many times in Afghanistan to the point I lost vision in both eyes.”

In a second interview, Imaad’s wife alleged that her husband had raped her in addition to abusing her verbally and physically. At one point, she claimed, he had threatened to “send her back to Afghanistan where the Taliban could deal with her” and also told her “that nine women have been killed since getting to Fort McCoy and that she would be the tenth.”

Fort McCoy is also where the child “bride” problem was intially brought to light. And now, we have a report out of Fort Bliss, of an assault by Afghan men on a “female service member.”

The Federal Bureau of Investigation has confirmed to Fox News it is investigating a referral from a Fort Bliss Afghan refugee housing complex in New Mexico alleging that a woman, whose name and age are unknown at this time, was assaulted on Sept. 19 by a “small group of male evacuees.”

Officials at Fort Bliss confirmed the report of the assault to Fox News.”

“We can confirm a female service member supporting Operation Allies Welcome reported being assaulted on Sept. 19 by a small group of male evacuees at the Doña Ana Complex in New Mexico,” the 1st Armored Division and Fort Bliss Public Affairs said in an emailed statement. “We take the allegation seriously and appropriately referred the matter to the Federal Bureau of Investigation. The safety and well-being of our service members, as well as all of those on our installations, is paramount.”

The statement added that counseling and support has been provided to the service member.”

Oh, well, I feel better that she got “counseling and support,” don’t you? Details from local media provided a few more details.

… sources with knowledge of the case told ABC-7 that the soldier was attacked around midnight last Sunday by at least three Afghan men near her car after she arrived at the complex for duty.”

The assault wasn’t sexual in the nature, the sources said, adding that the woman soldier’s injuries didn’t require hospitalization and she was physically doing fine as of now.”

Oh, let’s rest easy, then – the soldier ONLY got beaten up, not raped! Insert your choice of profanity here.

We have imported a huge problem, and members of Congress would like answers.

My prayers are with the courageous soldier and her family. This is yet another tragic failure in the vetting process for Afghan nationals. The American people deserve answers.https://t.co/UB8ehTjCwO

Joe Biden made a decision to shove tens of thousands people on planes to make it look like his botched evacuation was going well. The truth is he had no idea who he brought to the US. That's why I led a letter today demanding accountability and answers. https://t.co/sTVqysGFla

Yes, I am sure that the Biden administration will be happy to provide answers, right after they’re done yelling at the Border Patrol for doing their jobs and taking away their horses.

Absolutely everything that Joe Biden did in withdrawing from Afghanistan has turned to shit. His only chance is hoping that the American people will forget all about this in a year. That’s not going to work if we continue to hear about Afghan men being arrested. How much airtime do you want to bet this Fort Bliss soldier’s story gets on any of the loyal Democrat media outlets?