White House Frets Over Protocol While Kerry Breaks It 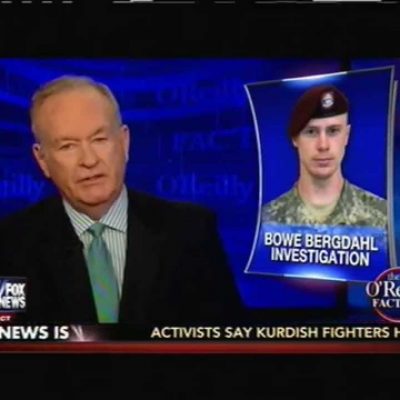 Next post
Will Bergdahl Actually Be Charged With Desertion?

White House Frets Over Protocol While Kerry Breaks It

This last week of United States diplomacy has been an exercise in hypocrisy and ignoring reality.

First, the White House had a snit fit that Israel’s prime minister, Benjamin Netanyahu, will be visiting the United States and speaking to Congress at the invitation of Speaker John Boehner. Because, “protocol.” And being as thin-skinned as he is, Obama will not be meeting with Netanyahu while he is here.

Asked Thursday about the visit, the White House said Obama would not meet with him, citing the country’s upcoming elections. Spokeswoman Bernadette Meehan said that in keeping with “long-standing practice and principle,” the president does not meet with heads of state or candidates in close proximity to their elections.

But Boehner cast the invitation as part of Congress’ effort to stay tough on Iran, as the Obama administration forges a possible nuclear deal with the country. Boehner on Wednesday denied any suggestion he was “poking [the White House] in the eye,” though White House Press Secretary Josh Earnest noted the invitation was a breach in protocol.

Which led to this excellent point.

White House officials who once called Netanyahu a "coward" and a "chickensh*t prime minister" complain about "protocol."

But it gets better. After snubbing the upcoming Netanyahu visit on the grounds that it’s too close to the Israeli elections, Josh Earnest then vainly tried to spin away something that the media glowingly covered at the time – then-Senator Obama’s tour of Europe before the 2008 presidential election.

But even if you want to make the argument that time makes a difference, Secretary of State John Kerry then blew the entire argument out of the water by visiting Nigerian president Goodluck Jonathan on Sunday.


The upcoming Nigerian election is on February 14th.

But it’s okay! Because Kerry also met with President Jonathan’s challenger in these upcoming elections!

And, of course, Nigeria is such a free and thriving democracy that of course both visits will get equal coverage in the Nigerian media. Oh, wait.

The point of the visit, ostensibly, was to discourage violence during these elections. However, someone forgot to inform Boko Haram that violence is to be discouraged.

Maiduguri, the state capital of Borno in northeast Nigeria, was able to fend off Boko Haram. From Bloomberg News:

The army was doing a ’’mopping-up operation’’ after regaining control of Maiduguri and the town of Konduga, about 20 miles (35 kilometers) away, Major-General Chris Olukolade said in a statement late on Sunday. Meanwhile, Boko Haram insurgents captured Monguno, a town north of Maiduguri, vigilante member Ibrahim Hassan said by phone from Maiduguri today.

President Goodluck Jonathan, who was in Maiduguri yesterday to campaign for re-election, left before the attack, Olukolade said. Jonathan promised to restore peace to the northeast after a six-year insurgency to impose Islamic law in Nigeria has led to the deaths of more than 13,000 people. Boko Haram, which roughly translates to “Western education is a sin,” is escalating its campaign, seizing territory to form a so-called caliphate.

I bet President Jonathan is really happy to see John Kerry show up right about now, because nothing says “I have powerful friends” while the bad guys are attacking where you just were, than having the Secretary of State visit you. And your opponent, but you get the good press.

But you, know… PROTOCOL.

Kerry is breaking it, by the White House’s standards, but that’s okay! Because violence is bad. And elections are good. And Nigeria is not Israel. As a matter of fact, a lot of the Obama Administration’s foreign policy decisions can be pretty much summed up with “it’s not Israel.”

I can’t be the only one who is looking forward to Benjamin Netanyahu’s address to Congress in March.