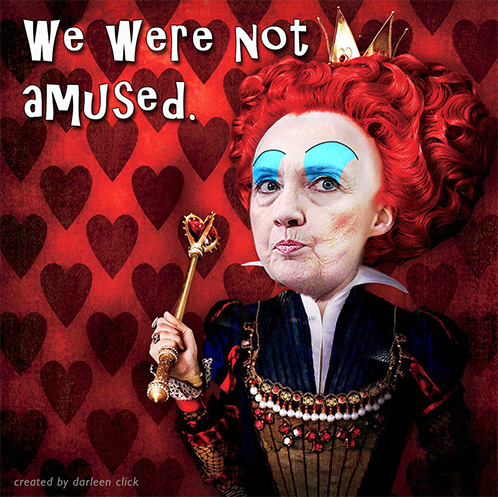 Previous post
#ExcuseGate Hillary Clinton: "People were looking for absolution that I just couldn’t give" 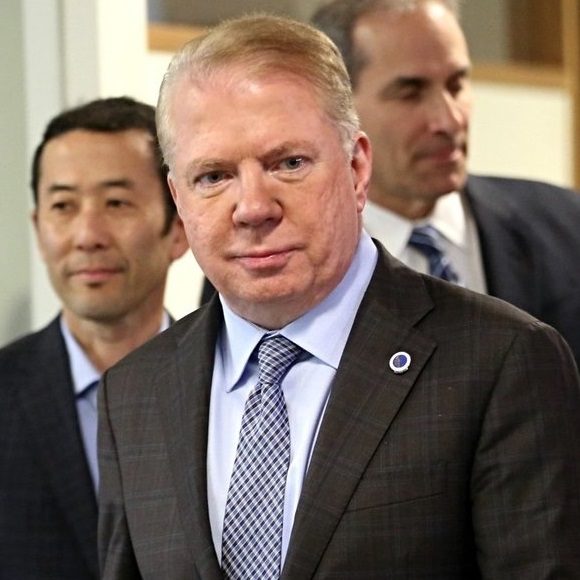 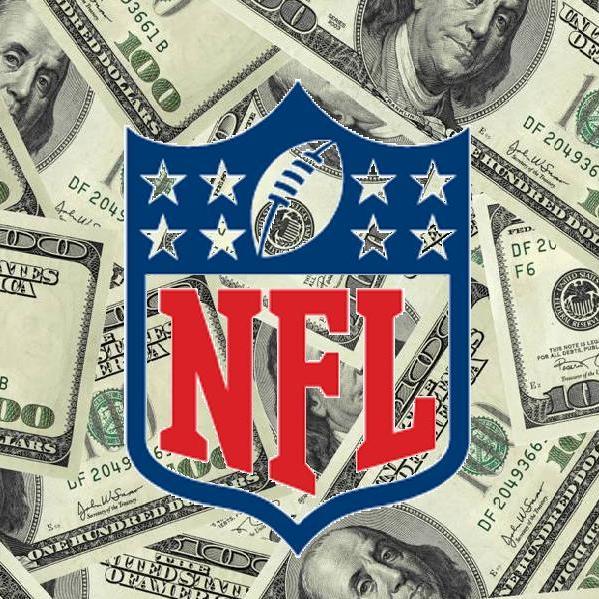 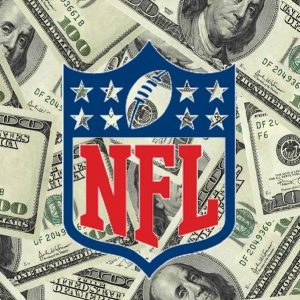 Until about 10 years ago, I was a massive football fan. Football was something my friends and I revered growing up. As a student journalist for my school’s newspaper, I got to interview a few members of our city’s football team, and I was awestruck at how classy, accessible, and willing to talk to kids they were! I wasn’t too surprised to learn later that the team management and ownership required players to be part of the community, interact with fans, and set a good example for kids in the area.

Football acted as a link to home on my last military deployment. It was something that brought multiple units from various parts of the country together on a long stint away from home in a warzone. We would gather in a hangar and root for our teams. None of us considered football to be anything but an all-American, wholesome contest. Yeah, you had your Carruths and your Vicks, but they were, for the most part, disciplined.

Those were the days. (Now, get off my lawn!)

The NFL “leadership” (if you can even call it that) today is a conglomeration of leftist cowards and sniveling social justice zealots. They have done little to nothing about domestic violence perpetrated by their players, despite a lofty pronouncement by Roger Goodell two years ago that “violations of the Personal Conduct Policy regarding assault, battery, domestic violence or sexual assault that involve physical force will be subject to a suspension without pay of six games for a first offense, with consideration given to mitigating factors, as well as a longer suspension when circumstances warrant.” And lately, they’ve been nothing if not indulgent as their pampered, millionaire players stage disrespectful sideshows ostensibly to protest “racism” by spitting on the American flag and the National Anthem.

It started with the eyerolling displays by former NFL player Colin Kaepernick to draw attention to himself in an undignified, offensive display of stupidity by condemning our entire country for what he believes are injustices against black people. This is a country that gave him the opportunity to grow up in a peaceful, affluent environment, attend college, excel at a sport he ostensibly loved, earn millions of dollars, spend it on charities of his choice, and by the way, protest in a way he sees fit without the government coming down on him, imprisoning him, or murdering him for speaking out against the state! And yet, Kaepernick ignored all this to protest so-called “oppression” by spitting on the country, those who defend it, the flag that represents values we strive to achieve, and the ideals of freedom and individual rights on which this country was created.

A number of barely literate ignorami, who are also earning millions to play a game they love in front of millions of adoring fans, have joined Kaepernick in his petulant, puerile displays of disrespect (which he, by the way, promised to cease after failing to be picked by any NFL team).

Chiefs cornerback Marcus Peters sat his disgraceful ass down during the National Anthem at the season opener between the Kansas City Chiefs and the New England Patriots.

The Cleveland police union refused to hold the American flag for a pregame ceremony for the Browns’ first game Sept. 10, after some Browns players knelt during the National Anthem before a preseason game while the team’s management condoned this nauseating display of drama queenery. Luckily, common sense and camaraderie won out in Cleveland, even though some of the sniveling, sulky, entitled infants in Browns uniforms still decided to “protest,” but their efforts were overshadowed just a bit by a display of unity, as other Browns players locked arms with police, firefighters, EMTs, and even the team’s management who stood together during the National Anthem.

And yet, the “protests” continue.

“It’s one of those things where we have to understand that there are people who have different viewpoints,” Goodell says.

They are correct. It’s every player’s individual right. The First Amendment protects the right to speech we find most abhorrent, including public exhibition of disdain for the United States and the alt-right’s freedom to derp about how immigrants are ruining our country.

But the First Amendment protects the individual right to free expression from government prosecution on every level. That means you cannot be thrown in jail, murdered, or prevented by government force from speaking out. That certainly doesn’t mean you’re free from the consequences of your exercise of free speech.

And that certainly doesn’t mean the NFL will be free of the consequences for ignoring the effects its players’ actions have on its bottom line and on the game’s fans.

Only 21.8 million NFL fans tuned in to watch the game and celebrate the kickoff of the 2017 regular season — down a staggering 13% from last year’s opener.

In fact, since the national anthem protests began, NFL viewership has been on a steep and steady decline.

This is the first time in five years that the audience of the kickoff game was below 25 million.

In fact, total viewership was down nearly six million sets of eyeballs from the all-time high ratings for the kickoff game in 2010. That’s a million more people than live in all of Ireland.

Turns out allowing your players to spit on America and millions of their fans is bad for business. Who knew?

Over the past several decades, American taxpayers have spent more than $7 billion on their teams, building new facilities, renovating old ones, and running them. Think localities will be willing to continue shelling out taxpayer bucks for a bunch of spoiled millionaires to have the latest equipment and state of the art facilities, even as they spit on the very same people who pay for those benefits?

Kaepernick can’t seem to be able to find a job – almost certainly in part due to the fact that his talent for the game doesn’t seem to be worth the negative publicity and drama that surrounds him.

The cost of running an ad during an NFL game soared last year, according to AdAge, but I have to wonder how long that’s going to continue with declining viewership and the NFL’s negative press. So far, the NFL’s four major TV network partners have sold more than $2.2 billion of commercial time for the upcoming regular season, but the declines have already had an impact on sales, and the networks are asking for lower cost-per-thousand price increases than they charged heading into last season.

How much longer with the NFL sit idly by and watch their infantile players impact the economics of the game?

Looks like Kaepernick realized he’s pretty much dead in the water, so he decided to attention whore his support to ESPN anchor Jemele Harris, who recently made ugly, disparaging remarks about the President, and about Kid Rock. That little piglet quickly got smacked down by Twitter users, (but not ESPN, which in February fired a commentator for making an inadvertent “controversial” comment about Venus Williams  putting “guerrilla effect” on her game, referring to a style of play made famous in the 1990s, but refused to discipline this Harris derpasaurus for making unfounded, hideous accusations about our President, choosing instead to make a statement that her tweets don’t represent ESPN).

What followed was a hilarious Twitter smackdown, highlighting the utter FAIL of Kaepernick’s latest attempt to remain relevant. 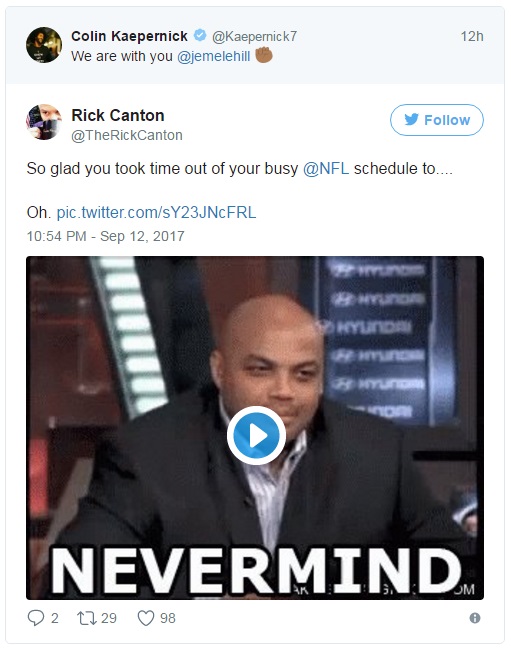 Look, as a military veteran, whose kids are currently serving in the Armed Forces, we spent a good portion of our lives defending freedom of speech and freedom of expression. I ardently believe no player should be forced to stand, respect the flag, or this country, but these brats and their supporters should recognize that by showing disrespect for our flag and our country, they’re also showing contempt for everyone who sacrificed to defend and protect this nation and to make it a place where protests such as theirs aren’t punishable by death or imprisonment. No, we are not perfect as a nation – no country is – but at the same time, millions of Americans have fought and died to eliminate bigotry, racism, sexism, imperialism, communism, and terrorism, and those are the Americans on whom these players spit.

As a friend of mine wrote a while back, “The flag rode with the Buffalo Soldiers of the 9th, 10th, 24th and 25 Cavalry and Infantry Regiments. It was carried by the suffragists down the streets of New York City. It flew with the Tuskegee Airmen of WWII. It was planted in the fields where Cesar Chavez spoke. It marched with Martin Luther King Jr. It rocketed into space on the shoulder patches of women, gay, Hispanic, Asian and African American astronauts. Today, it waves high over the White House. It is a flag for everyone, of every color, of every race, of every creed, and every orientation, but the privilege of living under this flag does not come without cost.”

It is that cost, it is those lives, and it is those fighters on whom Kaepernick and his pals spit.

And while we aren’t perfect, we do strive to be more inclusive and more understanding, and we fight to fix the problems in our country. We fight – black, white, brown, gay, straight, male, female – to improve America every day, and that flag for which these players show such disdain, is the symbol of the ideals that bind us together. And by allowing such a rude display of disrespect, the NFL is doing little more than telling these thumb-sucking vermin that it’s perfectly OK to flip the bird to the symbol of our struggle for improvement, our battle for inclusion, and the blood of our heroes spilled so these ass goblins could freely demean their sacrifices. Because they have rights.

There are a lot of folks following suit, and I’m wondering how long it will take for the NFL to realize that these players’ actions aren’t good for its bottom line.

And what will Goodell and the cowards who lead the organization do about it? 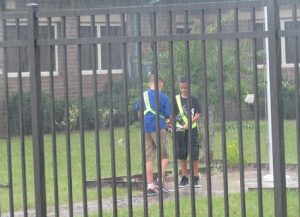 Perhaps these spoiled, corrupt punks and their managers, who are too terrified of being accused of “racism,” for criticizing black players, ought to look to these two beautiful boys as an example of class, respect, and reverence, who carefully and attentively folded their school’s American flag in the pouring rain and ensured it was done right.

“I feel like we have good people in the country and that we should all be good,” Isaac (one of the boys) said.