Previous post
Battle Against ISIS For Mosul Rages On [VIDEO] 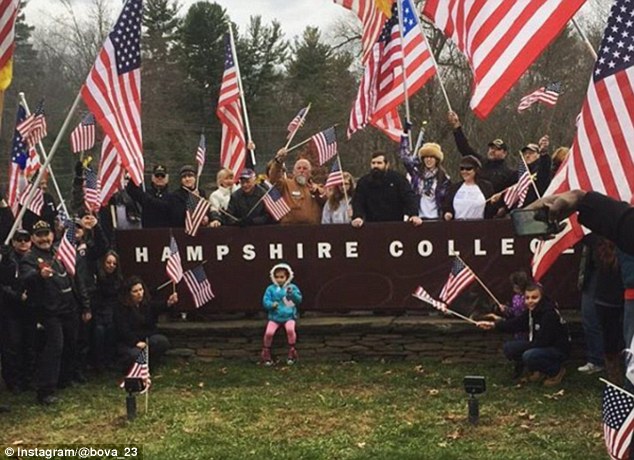 Just a few days ago Kim brought our attention to Hampshire College. It seems many of the students and faculty members needed the entire campus to be a safe space from the American Flag after Trump was elected.

So, let me get this straight. according to the college president, Jonathan Lash, it wasn’t really about the election. Lowering the flag to half staff was done in order to foster dialogue among those who have different ideas about what our Flag means, and also serve as an expression of grief over our US service members. Uh huh….right.

“There were a range of views on campus, including people whose experience growing up have made the flag a symbol of fear, which was strengthened by the toxic language during the campaign, and people for whom the flag is the symbol of all that’s best throughout the country,” said Lash.

But no, seriously, they’d like us to believe it really wasn’t about the election, it was about the military since a flag was ripped from the flagpole and burned to ash on Veterans Day, leading the school to make the cowardly decision to remove all flags from campus.

Evidently, all special snowflakes and SJW’s must have their hands held no matter how wrong they are. Tucker Carlson beautifully schooled one student on his stance. Said stance included slamming our military and law enforcement, and throwing his parents under the bus for being rich enough to send him to a college that costs $62,00 per year.

Needless to say, there were quite a few members of Springfield MA, including Mayor Domenic Sarno, who weren’t pleased with the decision to remove all American flags from campus. They knew that it was not only misguided, it was a slap in the face to ALL Americans, veterans included. Well over 1,000 people, from Springfield and beyond gathered yesterday in peaceful protest of the college’s decision.

“They took down my flag, they have a right to that, I’m here to defend their right to do that but I want them to understand how bad that hurts me,” veteran Jerry Maguire told WWLP-TV.

Faculty and students in the interest of knowledge and learning should hear and LISTEN to both sides. And should do so, as Mayor Sarno points out, RESPECTFULLY.

Yesterday, veterans and community members made their views clear, respectfully AND peacefully. 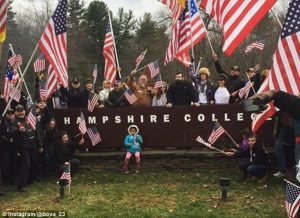 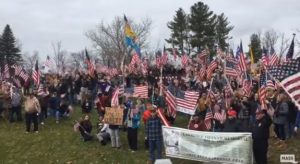 The irony is, while world leaders beclown themselves over Fidel Castro, one of the worlds worst totalitarian dictators; those at Hampshire College view our American Flag as a symbol of oppression. What they fail to realize is they have the freedom speak out about and/or protest whatever they want here in the US. In Castro’s Cuba that freedom was and still is non-existent. The veterans and community members who protested yesterday understand that. The students and faculty at Hampshire College never will.