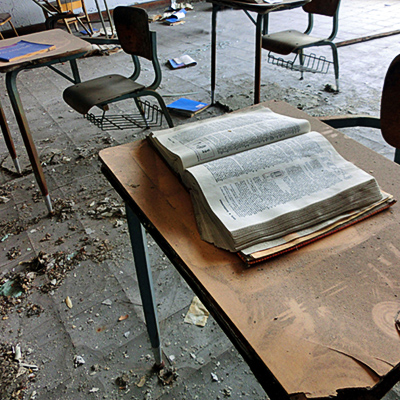 Boston Public Schools were faced with the dilemma that all outcome-based, racist bean counters eventually encounter. What to do with the smart kids in class if too many of them are white and Asian? Why, of course, punish them!

Diana Moon Glampers is in the house

Superintendent Brenda Cassellius recommended the one-year hiatus for the program, known as Advanced Work Classes, saying the district would not proceed with the program for new students next year.

“There’s been a lot of inequities that have been brought to the light in the pandemic that we have to address,” Cassellius told GBH News. “There’s a lot of work we have to do in the district to be antiracist and have policies where all of our students have a fair shot at an equitable and excellent education.” (snip)

A district analysis of the program found that more than 70 percent of students enrolled in the program were white and Asian, even though nearly 80 percent of all Boston public school students are Hispanic and Black. (snip)

“This is just not acceptable,” [School Committee member Lorna] Rivera said at a recent school committee meeting. “I’ve never heard these statistics before, and I’m very very disturbed by them.”

Of course it is not acceptable but for people who actually care about the education of children, that doesn’t mean going all Harrison Bergeron on the achieving kids in order to cover up the district’s abject failure with the underachieving kids.

Because, I cannot stress this hard enough, we are not talking about underrepresentation just because the Pantone Color Chart of current Advanced Work Classes students doesn’t match the color chart of the district as a whole. We are talking about the failure of the school district to serve all students in education by recognizing that all student ability is individual and individuals vary.

Meritocracy is not “white supremacy”

Public school education has been failing large numbers of all students for decades. There are certainly no incentives in large districts to view students as anything other than revenue generators for the administrators and teachers. In this atmosphere, school districts have to look for ways to shift the blame for why Johnny can’t read away from the educators. For years the usual cry has been Not.Enough.Money but we know that MOAR money spent on school districts rarely equals better results.

Critical Race Theory to the rescue! Now school administrators across the country are embracing an evil, identity-reductive ideology as the newest way to explain their own failures and to gain some antiracist cred by punishing white-oppressor 9 year olds and their model minority friends.

You know why these people are just hate-filled frauds? Actual racists who want to cover up their own failures by standing on tables and screaming White Privilege! White Supremacy!? Consider that they never apply the same hatred of meritocracy to sports.

Where are commissions to look at the oppression of white or Asian basketball players in the NBA? Where’s the demands to the NFL to make their teams look more like America? Why haven’t we demanded the disbanding of all collegiate sports because there are winners and losers? How dare there be underachieving athletes not in proportion to their melanin level in society?

Though, I’m sure the Left is getting a certain amount of satisfaction in destroying women’s and girl’s sports.

It’s bad enough that kids are being shuffled through school while being functionally illiterate, but we now have millions of dollars being poured into programs to cripple math education because educators are failing black kids.

The program argues that “white supremacy culture shows up in the classroom when the focus is on getting the ‘right’ answer” or when students are required to show their work, while stipulating that the very “concept of mathematics being purely objective is unequivocally false”. The main goal of the program is “to dismantle racism in mathematics instruction” with the expressly political aim of engaging “the sociopolitical turn in all aspects of education, including mathematics.” (snip)

So let me state the following for the record: Nothing in the history and current practice of mathematics justifies the notion that it is in any way different or dependent on the particular race or ethnic group engaged in it. (snip)

The idea that focusing on getting the “right answer” is now considered among some self-described progressives a form of bias or racism is offensive and extraordinarily dangerous. The entire study of mathematics is based on clearly formulated definitions and statements of fact. If this were not so, bridges would collapse, planes would fall from the sky, and bank transactions would be impossible.

If you put any random group of eleven-year-olds on a playground and had a race, they would not all reach the finish line at the same time. The differences can be attributed to innate talent, interest and prior experience. We also know we can improve each child’s performance by training and raising their interest. However, the rational adult also knows that even as an individual child can improve on their own performance, the group of kids as a whole will still not have an equal outcome after training.

Why would learning in a classroom setting be any different?

From Thomas Sowell to Jaime Escalante, we know that even the melanin-enriched children can achieve academically in the same ways the lighter-tinted children can.

Can it be that it is in the interest of White Leftists to keep minority children illiterate and ignorant?

Maybe the goal of those of us who want to see all children reach their own individual protentional is to stop cooperating with people like the administrators of Boston Public Schools and to work to shutdown government-run, political indoctrination schools altogether.

Vouchers would be a good start.